The Tamil Nadu government has requested the Centre to honor Wing Commander Abhinandan Varthaman with a 'Param Vir Chakra' - India's highest military honor - for his services to the nation.

AIADMK leader and TN CM E Palaniswami has written a letter to Prime Minister Narendra Modi seeking the IAF pilot to be conferred with the prestigious accolade.

"Wing Commander Abhinandan Varthaman displayed amazing poise and confidence in the face of adverse conditions, which has won him many hearts across the country. It is appropriate that he be awarded India's highest military honor 'Param Vir Chakra (PVC)' for displaying most inimitable gallantary and valour," the letter read. 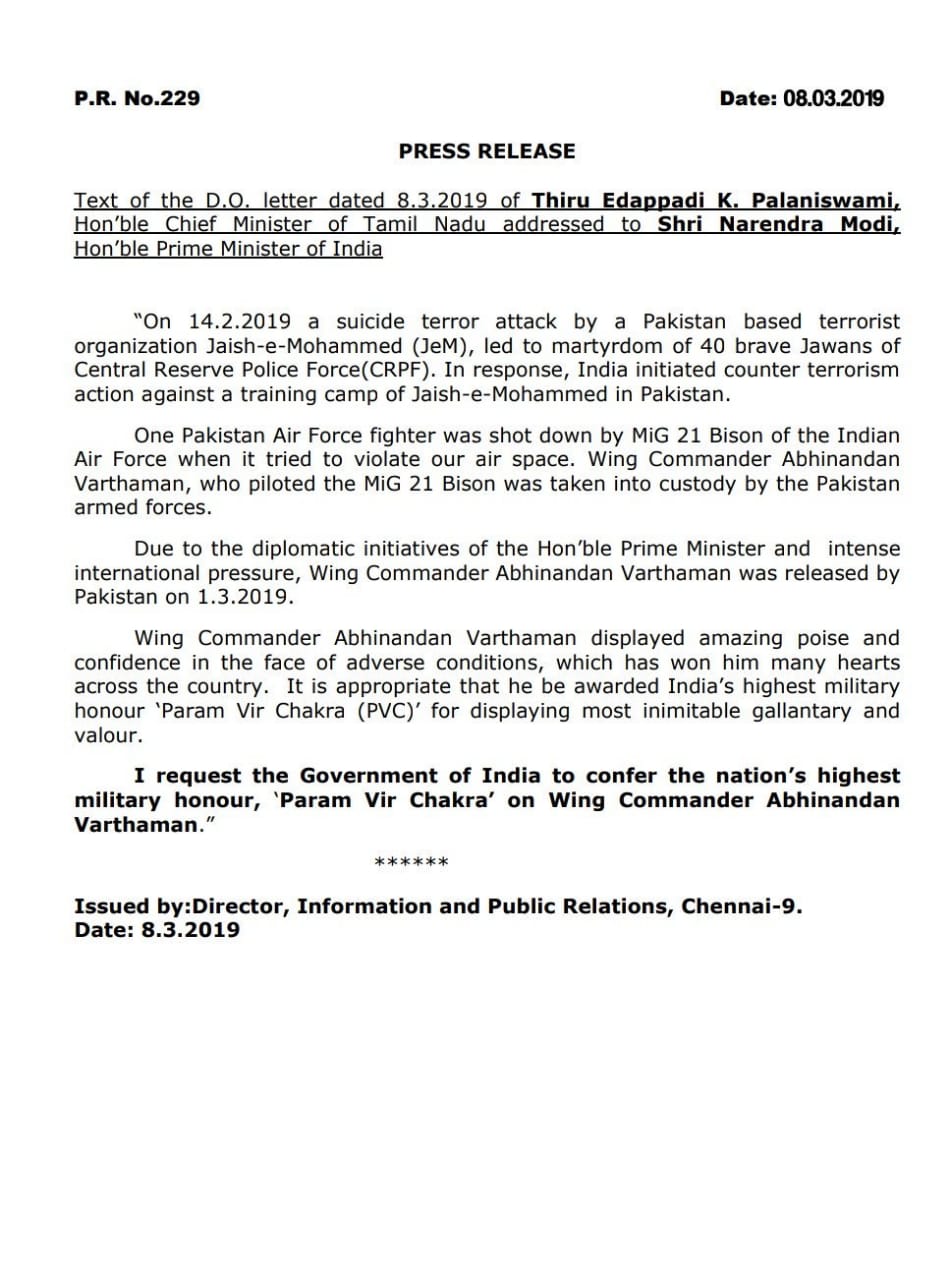 On February 27, a dogfight emerged between the Indian Air Force and Pakistan Air Force after the latter infiltrated the Indian airspace and tried to attack military establishments.

Pakistan F-16 jets made their way inside the Indian territory and used missiles to target the Indian army. But their effort was foiled by the IAF, which immediately sent its jets on air.

He was in the custody of Pakistan army and remained in detention for over two days. But on March 1, he was released by the Pakistan government and the IAF pilot made his way back to the Indian soil.

A couple of days after his return, the IAF pilot was announced as the first recepient of the 'Bhagwan Mahavir Ahimsa Puraskar' instituted by the Akhil Bharatiya Digambar Jain Mahasamiti, a functionary of the organisation said on Sunday.

The award, instituted this year, carries a cash prize of Rs. 2.51 lakh, a memento and a citation and will be presented to Abhinandan Varthaman on April 17, coinciding with Mahavir Jayanti, Paras Lohade said.