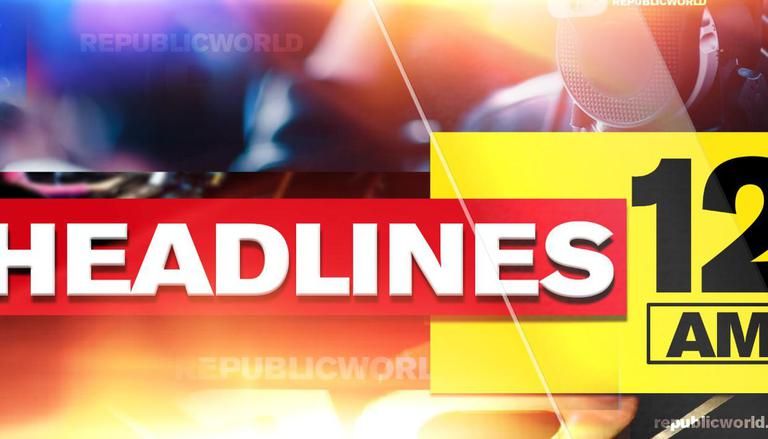 
Pakistan releases 20 Indian fishermen from jail after 4 years; to be handed over on Nov 15

Pakistan authorities on Sunday released 20 Indian fishermen from Lahore's Landhi district jail after completing their four-year prison terms for alleged fishing illegally in territorial waters. They will be handed over to the Indian authorities at the Wagah border on November 15, a senior prison official said.

In J&K, policeman injured in firing by terrorists at Srinagar's Jamalata area

In the latest development, a policeman was injured in firing by terrorists in Jammu and Kashmir's Srinagar on Sunday. Based on specific input about the presence of terrorists in the Jamalata area of Nawa Kadal, a raid was carried out by a small party of Srinagar Police, sources informed. During the said raid, as the team approached towards suspected spot, the hiding terrorists stared indiscriminate firing upon them, resulting in injuries to one police personnel, a release in the matter stated, sources added.

In a major success for the Maharashtra police, at least 26 militants including two top commanders were neutralized during anti-Maoist operations on November 13.

"We had intelligence inputs that in a forest area that significant number of Maoists are present there. Following the leads, we deployed patrolling teams. Maoists opened fire at our search parties in the Gyarapatti area of Gadchiroli in the morning and our parties strongly retaliated," said SP Ankit Goel.

A day after the attack on the Assam Rifles convoy in Manipur, the Phundrei Battalion of the paramilitary force busted a warlike store in the Kakching area, close to the Indo-Myanmar border. Based on specific input regarding a cache of warlike stores near Wabagai Yangbi, a joint operation was launched by Assam Rifles and Manipur Police as part of which they busted the store and recovered 20 rounds of M79 Grenade Launcher also known as 'Lathode' hidden inside a jute bag. The grenades were later on all destroyed in-situ by the bomb disposal squad.

In a recent update to the Amravati violence case, security personnel on November 14 carried out a flag march in areas where violence was reported. Sources informed Republic that over 2000 police officials have been brought in from different districts, and over 3000 officials have been deployed altogether in the entire city of Amravati. The flag operation by the Police officials was led by the Amravati Commissioner of Police Arti Singh. In the video, all the police officials are seen in full riot control gear and also use drones to survey the area of Amravati to make sure that they carry out their recce to make sure that violence doesn't escalate.

One cannot imagine India's development without the very important contribution of its states in the south, said Union Home Minister Amit Shah on Sunday during his opening remarks at the 29th meeting of the Southern Zonal Council in Tirupati, Andhra Pradesh. He also noted that the ancient culture, traditions and literature of the states in Southern India enrich the nation's culture and ancient legacy.

Owaisi draws contrast between Hindus, Muslims in UP; claims to be propagator of secularism

In the run-up to the 2022 Assembly polls, AIMIM chief Asaduddin Owaisi on Sunday affirmed that he is a propagator of secularism. Owaisi made the statement while addressing an event in Aligarh, in which he drew a sharp contrast between the treatment of Muslims to that of Hindus in the country.

Bihar Road Construction Minister Nitin Nabin on Sunday asserted that the National Democratic Alliance (NDA) government in Bihar is taking strict action against criminals instead of protecting them like the Rashtriya Janata Dal (RJD) government in the past.

Stirring fresh controversy in the Punjab political sphere, former Chief Minister Captain Amarinder Singh's wife and Member of Parliament Preneet Kaur along with Patiala's mayor Sanjeev Sharma Bittu met Chief Minister Charanjit Singh Channi on Sunday. The meeting, which is said to be on the rebellion against Sanjeev Sharma Bittu as the Patiala Mayor, is the first-ever meeting between Charanjit Singh Channi and Preneet Kaur after her husband Amarinder Singh resigned from Congress.

Australia has become the new world champions after beating New Zealand in the finale of the 2021 ICC T20 World Cup on Sunday. This is Australia's maiden World T20 title as the Men in Yellow had never won a T20 World Cup since the inception of the tournament in 2007. Australia had reached the final of the 2010 T20 World Cup; however, the Miachel Clarke-led side fell short to make way for England to win the trophy that year. But the new Australian team under Aaron Finch has managed to alter the long-standing record by winning the title in UAE tonight.