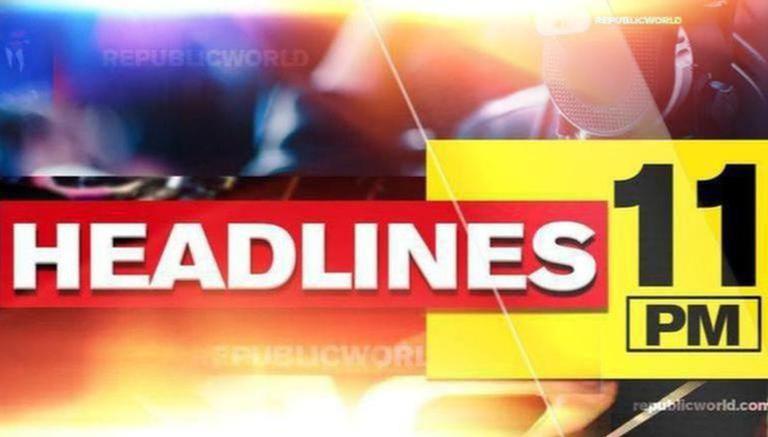 Amid rising COVID-19 cases, Prime Minister Narendra Modi on Saturday addressed the country, and urged people not to panic. Moving on with his mantra 'Savdhaan rahe, Satark Rahe', PM Modi listed the number of steps being taken by the Government of India to meet the challenges to be put forth by the virus.

Amid the Omicron threat, the Drugs Controller General of India (DCGI) has given nod to Bharat Biotech's COVID-19 vaccine Covaxin (BBV152) for kids between 12 -18 years of age for emergency use.

Samyukta Kisan Morcha to not contest Punjab Assembly polls; says 'none can use SKM name'

In the latest development, the Samyuktha Kisna Morcha issued a clarification after certain farm unions expressed their intention to enter the poll fray in Punjab.

"It is clarified that Samyukt Kisan Morcha has nothing to do with today's declaration by some farmers organisations of Punjab to form a "Samyukt Samaj Morcha" for contesting assembly elections The SKM stands by its policy of not allowing any political party to use its banner or stage. Any attempt to use the name of SKM for elections will constitute a grave violation of Morcha's discipline.

Navjot Singh Sidhu is in trouble again as a complaint has been lodged against the Punjab Congress chief on Saturday for his derogatory statement against the police. During a political program, Sidhu put his hand on the back of MLA Navtej Cheema, who was present on the stage in Sultanpur Lodhi, and stated that if this MLA shouts, then the 'Police will wet their pants'.

Digvijaya Singh sparks row; 'BJP will change Constitution if comes to power in 2024'

Senior Congress leader Digvijaya Singh on Saturday issued a controversial statement. The former Madhya Pradesh Chief Minister said that if Bharatiya Janata Party (BJP) comes to power in 2024, the saffron party will change the Constitution of India. He also said that Savarkar in his book has written that cow cannot be our mother and Hinduism has nothing to do with Hindus.

Karnataka BJP rubbishes rumours of Basavaraj Bommai's exit; 'To continue as CM till 2023'

Putting an end to speculations, Bharatiya Janata Party's Karnataka unit chief Nalin Kumar Kateel on Saturday affirmed that there will be no leadership change, and CM Basavaraj Bommai will continue to hold the post until the next state elections in 2023.

Ace off-spinner Harbhajan Singh, who retired from all formats of cricket on Friday, said that he hasn't decided anything much about his future and will spend quality time with family and then "decide what to do going forward". The cricketer, however, asserted that he wants to do something for the nation.

After 30 years of development and months of anticipation, the James Webb Space Telescope (JWST) finally lifted off on December 25, from the Kourou spaceport in French Guiana. The launch marked a Christmas that will be remembered for generations as it's on this day when the world's most powerful observatory ever built ventured into space to explore the early universe. As per the ground control team, the $10 billion telescope is now stable in space and has unfurled its solar arrays which are powering it to move further towards its orbit, the second Langrage point or L2.

Criticising the Imran Khan administration, the Pakistan Peoples Party on Saturday said that the Pakistan Tehreek-i-Insaf government has failed to fulfil commitments it had made in the election manifesto Syed Khursheed Ahmed Shah said that the PTI has not even delivered 50% of their promises.