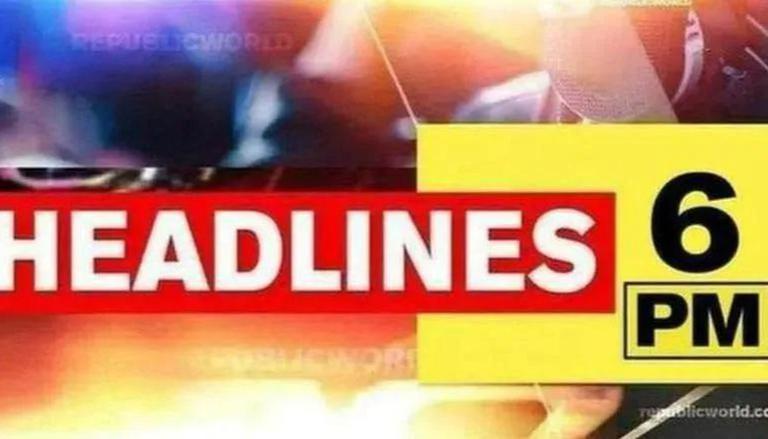 Former Union Minister and senior Congress leader Renuka Chowdhury was seen on Thursday grabbing a Hyderabad police personnel by the collar. The former MP held the on-duty cop's collar in a vice-like grip when the police tried to stop her from heading towards Raj Bhavan in Telangana amid protests over the summons issued to Rahul Gandhi and Sonia Gandhi by Enforcement Directorate (ED) pertaining to National Herald case, in which Rahul Gandhi is to be summoned for a fourth day on Friday.

The government on Tuesday, June 14, unveiled its new Agnipath scheme for recruiting soldiers across the three services. The  Cabinet Committee on Security cleared the new defence recruitment reform, which will come into effect immediately, and the soldiers recruited under the scheme will be called 'Agniveers'.

In a key political development from West Bengal, the suspension of seven BJP MLAs, including Leader of Opposition Suvendu Adhikari, was revoked on Thursday. Two separate motions for the revocation of suspensions of the legislators were moved before the Assembly Speaker, Biman Bandhopadhyay, which was passed.

The Punjab Police, which is working in close coordination with central agencies and other State Police Forces to arrest suspected killers in the Sidhu Moosewala murder case recently came across a small clue in the vehicle used in the crime, which helped unveil the trail of events that occurred before the murder of renowned Punjabi Singer.

As incessant rains wreak havoc across the North-Eastern side of India, some parts of the National Highway 6 (NH 6) have been damaged and commuters have been advised to avoid the route, Taking cognisance of the situation, Meghalaya CM Conrad Sangma on Thursday held a review meeting and instructed authorities concerned to restore the highway for traffic movement at the earliest.

After Himachal Pradesh, PM Modi is scheduled to visit his home state Gujarat on June 18, Friday. He will lay the foundation stone for the permanent campus of the Central University of Gujarat to come up on a 100-acre land at Kundhela village near Vadodara, as per the state government.

After three rounds of back-to-back interrogation from June 12-15, and the fourth round scheduled for June 17 in the money laundering case linked to the National Herald, Congress leader Rahul Gandhi has demanded more time from the Enforcement Directorate, Republic TV learnt on Thursday. The Gandhi scion has asked if he could appear on June 20 instead, a demand which is yet to be responded to by the ED, sources informed the channel.

READ | After grabbing police by collar, Renuka Chowdhury tweets on 'brutality' against Congress

The Bombay High Court reserved its orders while hearing the bail pleas of former Maharashtra Home Minister Anil Deshmukh and Minister Nawab Malik on Thursday, June 16. The court is expected to pronounce its final verdict on Friday, June 17. Earlier, both the politicians from Maharashtra had filed bail pleas so that they can cast their vote in the Maharashtra Legislative Council (MLC) elections scheduled for June 20.

In a stunning twist to the National Herald case, Congress leader Rahul Gandhi told the Enforcement Directorate on Wednesday that former Congress treasurer Motilal Vora was responsible for all the transactions between Young Indian and Associated Journals Ltd (AJL), as per ED sources.