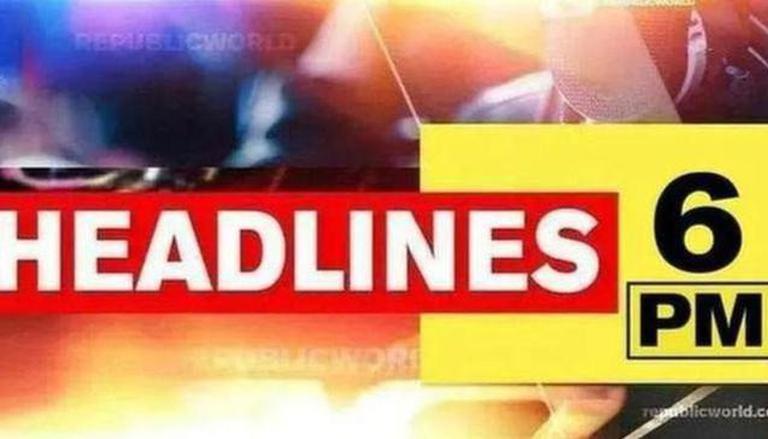 Bollywood's popular singer, KK passed away on May 31 and the news took the internet by storm as his fans and celebrities from the industry mourned his loss. He was honoured with a gun salute at Rabindra Sadan, with the Chief Minister of West Bengal Mamata Banerjee in attendance. The late star’s last rites are now scheduled to take place on June 2, 2022, Thursday in Versova, Mumbai.

BCCI president Sourav Ganguly has put out a cryptic post on his Instagram handle, where he explains that he is keen on starting something new and big, where he wants to help people. As a result of his post, speculations arise whether 'Dada', who is marking 30 years in Cricket, will now join politics.

As the Enforcement Directorate (ED) summoned Congress President Sonia Gandhi and Rahul Gandhi in the National Herald case, senior Congress leaders came in strong support of the Gandhis, saying that this is being done out of political vendetta to deflect the attention of citizens from issues like inflation.

In a big development, the Mumbai Sessions Court on Wednesday approved the application filed by ex-Mumbai API Sachin Vaze seeking permission to turn 'approver' in the corruption case against former Maharashtra Minister Anil Deshmukh. This comes after the Central Bureau of Investigation (CBI) gave its nod to Vaze's application to turn 'approver' against other accused in the matter and said that it has 'no objection' if the application is allowed by the court. The central agency had agreed to the request on the condition that Vaze makes full and true disclosure of the circumstances within his knowledge relating to his role and the role of the other accused persons at all stages of the case.

Amid the ongoing ravaging war in Eastern Europe, the Kremlin stated that the meeting between Presidents of Russia and Ukraine is possible only to finalize a "certain document," but the work on it has long been halted. "No one has ruled out such a meeting, but it must be prepared. Presidents Vladimir Putin and Volodymyr Zelenskyy meeting solely to finalise a certain document makes sense. But development on the document was put on hold a long time ago and hasn't been resumed yet," Kremlin spokesperson Dmitry Peskov told reporters, as per the TASS news agency.

As the news of singer KK's demise sinks in, Republic has accessed key footage that appears to establish that the late performer was feeling hot & suffocated inside Kolkata's Nazrul Mancha where he was performing before he passed away. In the most telling clip accessed by Republic, Krishnakumar Kunnath, known popularly as KK, requests the light operators to turn off spotlights on the stage saying, 'my backside is fried'. Moreover, the clip has also confirmed suspicions that the AC was not working effectively at the venue.

Tension prevailed in Rajasthan's Chittorgarh after a son of the former Bharatiya Janata Party (BJP) councillor was allegedly beaten to death by some unidentified persons, police said. Stone pelting was also reported. To bring the situation under control amid protests, a heavy police force has been deployed. The deceased, identified as Ratan Soni, a resident of the Gandhinagar area of Chittorgarh and son of ex-BJP councillor Jagdish Soni. Widespread outrage erupted in wake of Ratan's alleged killing and the market was closed. A tempo was also torched by protestors.

According to the Union Health Ministry officials, a campaign titled ‘Har Ghar Dastak 2.0’ campaign was flagged off on Wednesday with the goal to ramp up vaccination in all States and Union Territories of the country while also raising awareness about the beneficiaries. COVID-19 vaccination coverage for children aged between 12 and 18 years will be covered through school-based campaigns.