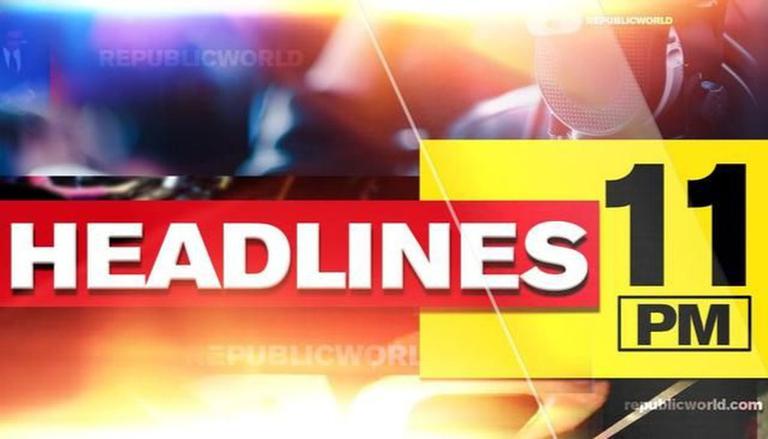 
Truth Wins! Republic Is Vindicated As Mega Conspiracy Against It Stands Exposed

It has come to our knowledge that the notorious ex-police officer Sachin Vaze, who was handling the TRP case has made a statement before the Enforcement Directorate and said he was acting under the political instructions of the Former Home Minister Anil Deshmukh. This is part of a  statement recorded on 19 June 2021, 21 June 2021 and 11 July 2021 under the provisions of Sub-Section (2) & (3) of Section 50 of the Prevention of Money Laundering Act, 2002. Fundamentally, the campaign against Republic has been established as the biggest misuse and abuse of public office against any Indian media organisation. The facts in the public domain ultimately prove that the case against Republic was false, concocted, fabricated, malicious, and aimed at targeting India's leading news network in a conspiratorial manner.

In a massive development and vindication for the Republic Media Network, ex-Mumbai Police API Sachin Vaze has told the Enforcement Directorate (ED) that Maharashtra's ex-Home Minister Anil Deshmukh instructed him to pursue the fake TRP case and get Republic TV Editor-in-chief, Arnab Goswami arrested. In his statement, Sachin Vaze also revealed that in several high-profile cases he was repeatedly called by Anil Deshmukh to the latter's home and given detailed instructions on the action to be taken. Vaze, who has recently been charge-sheeted for murder and under the UAPA and is currently in Taloja jail, made these statements to the ED which is probing Deshmukh for alleged money laundering.

On the occasion of Prime Minister Narendra Modi's birthday, India created a mega record of administering over 2 crore novel coronavirus vaccine doses. With vaccination centres still open, the number is likely to rise. Notably, this is the first time that 2 crore doses have been administered in a single day. Earlier in the day, the one-crore COVID vaccine doses mark was surpassed within 6 hours.

India's External Affairs Minister S Jaishankar on Friday met his Chinese counterpart Wang Yi on the sidelines of the 21st Shanghai Cooperation Organization (SCO) Summit in Dushanbe. During his meeting with Wang Yi, Jaishankar asserted that China should not view its relations with India through the lens of a third country. Both sides discussed the disengagement process between the two countries along the Line of Actual Control (LAC).

On Covaxin Approval, Bharat Biotech 'doesn't Want To Speculate' On WHO's Timeline

Indian biotechnology firm, Bharat Biotech is waiting in anticipation for the World Health Organisation's (WHO) approval of the COVID-19 vaccine Covaxin for Emergency Use Listing (EUL). The company informed through a series of tweets on Friday, that the COVAXIN clinical trial was entirely compiled and made available by June 2021. Bharat Biotech also notified that the necessary data for Emergency Use Listing (EUL) Application was sent to the WHO in early July itself. Union Health Minister Mansukh Mandaviya on September 9 had met WHO chief scientist, Dr Soumya Swaminathan and had a productive discussion on the WHO's approval of the vaccine.

Addressing the SCO-CSTO Outreach Summit on Afghanistan, Prime Minister Narendra Modi said that neighbouring countries have been the most affected by the recent developments in the war-torn country. "So, regional focus and regional cooperation are very important in this context," he said.

West Bengal Chief Minister Mamata Banerjee's nephew Abhishek Banerjee and his wife Rujira Banerjee have approached the Delhi High Court seeking quashing of the summons issued to the couple by the Enforcement Directorate in connection with its money laundering probe.

In a massive development in the Delhi Cantt rape and murder case, the police in a detailed report submitted before the Patiala House Court on Friday, stated that the nine-year-old victim died due to “suffocation” during the sexual assault. A priest - Radhe Shyam, and his accomplices, carried out the crime against the Dalit girl in a temple at a crematorium near Delhi Cantonment on August 1. They then handed over the body to the girl's home, alleging that she was electrocuted.

As India celebrates the 71st  birthday of Prime Minister Narendra Modi, the Ministry of Culture conducted an e-auction of the gifts received by the PM. This is the third edition of this kind of e-auction which have started today and will remain open till October 7. Out of the 1300 momentos that are being listed for the auction, Olympic bronze medalist Lovlina Borgohain's pair of gloves received a staggering Rs. 1.92 cr bid. Right behind Lovlina's gloves was historic gold medalist Neeraj Chopra's Javelin that acquired Rs. 1.5 cr in the e-auction. Proceeds of this auction on the birthday of PM Modi will go to the 'NamamiGange' Mission, aimed at conserving the Ganges.

As India achieved a mammoth milestone of administering two crore vaccinations in a day on Friday, Chief of CoWIN Portal RS Sharma expressed pride in the achievement of the country. He said that India administered 700 vaccines per second, 15,000 vaccinations per minute on Friday while mentioning the way the CoWIN platform has scaled and helped the country in its vaccination campaign. He remarked that "if India decides to do something, it will achieve its objective".