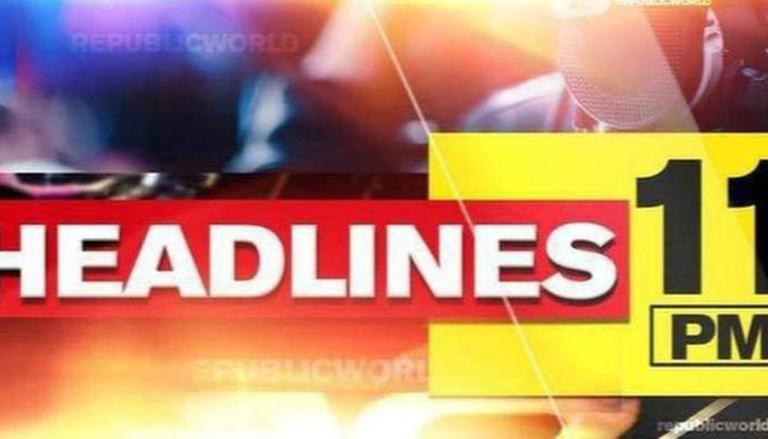 The Defense Research and Development Organisation (DRDO), on January 11, conducted a successful flight test of the indigenously developed Man-Portable Anti Tank Guided Missile. According to DRDO's spokesperson, A. Bharat Bhushan Babu, it is low weight, fire & forget missile and can be launched from a man-portable launcher integrated with a thermal site.

The Central Board of Direct Taxes (CBDT) on Tuesday informed that they have extended the deadline for the filling of the ITR assessment of the last financial year 2021-2022, till March 15, 2022. The government had extended the deadline for the third time in the last financial year, the previous deadline was till December 31, 2021. The government wants to give another chance to the taxpayers to file a financial assessment of their expenses and income of last year.

Bharat Biotech Managing Director Dr. Krishna Ella on Tuesday spoke exclusively to Republic TV weighing in on the debate around booster doses, data to support it, and the possible rollout of a nasal vaccine soon. Discussing Covaxin's efficacy to tackle the new COVID variant Omicron, Dr. Ella stated that data on its effectiveness will be out very soon. He also revealed that Bharat Biotech will be supplying 5.8 crore doses of Covaxin to Government of India by January 2021 to boost the nation's vaccine drive.

Amid rising COVID-19 cases in India, the Ministry of Home Affairs, Ministry of Defence and other concerned Ministries on Tuesday held a joint meeting to discuss Republic Day celebrations to be held on January 26, Wednesday. At the meeting, it was decided that celebrations in 2022 will take place with stricter restrictions than the ones imposed in 2021 with the possibility of further reduction in the number of visitors allowed to witness the parade.

Hours after Uttar Pradesh Labour and Employment Minister Swami Prasad Maurya quit his post, his daughter and the BJP's Badaun MP Sanghamitra Maurya on Tuesday claimed her father has not joined any party and will reveal his strategy in a couple of days.

In a massive development, Republic Media Network has accessed never-seen-before sensational probe documents of the Armsgate scandal on Monday, revealing the enormous kickbacks allegedly received by Vadra's aide Sanjay Bhandari. The accessed probe dossiers reveal that fugitive arms dealer and Robert Vadra's close-aide Sanjay Bhandari allegedly received kickbacks of more than Rs 400 crore in companies owned and controlled by him in Dubai. The payments were allegedly made from 2009 till 2015.

In the video, she said that her father suffered from a brain stroke in 2018 following which he was admitted to Lucknow's PGI hospital.

A day after quitting the Bharatiya Janata Party, MLA Michael Lobo along with his wife Delilah Lobo on Tuesday joined Congress in Panaji ahead of the Goa Assembly Elections. Sharing a picture on its official Twitter handle, the Congress unit of Goa confirmed that the couple has joined the party in the presence of 'supporters, sarpanchas and ward members' of Calangute & Siolim Constituencies.

Shiromani Akali Dal (SAD) leader Bikram Singh Majithia on Tuesday attacked the Congress government in Punjab accusing them of 'planning and plotting' the Prime Minister's security breach. Speaking to reporters, Majithia alleged that no leader had been stopped in the state the way PM Modi had been and stated that the plan to put his security at risk was 'plotted in the CM's office'.

Virat Kohli misses out on 71st century vs SA; emotional fans say '79 of the finest runs'

The prolonged wait for a century from Virat Kohli seems to continue. Heartbreak hit cricket enthusiasts in India after Test skipper Kohli fell at 79 runs on Day 1 of the 3rd India vs South Africa Test. The batter was caught behind off the bowling of South Africa's premier pacer Kagiso Rabada who managed to snare the big wicket.