Matha B Manjamma Jogati received the Padma Shri from President Ram Nath Kovind, greeting him delightfully & bestowing her own blessings upon him while doing so 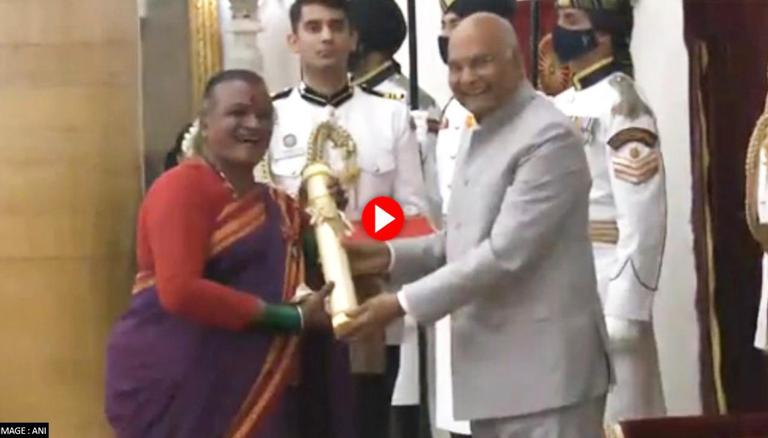 
The Padma Honours 2020 and 2021 are being awarded over November 8 & 9, and many maestros and societal contributors have been recognised for their efforts, successes and achievements in their respective fields. The entire event has witnessed some uniquely special moments with various awardees and their deeds shooting into the larger public consciousness at Rashtrapati Bhavan, winning the hearts of many. One such visual moment was of Matha B Manjamma Jogati, the transgender folk dancer and first transwoman President of Karnataka Janapada Academy, who received the Padma Shri honour on Tuesday from President Ram Nath Kovind.

Already a centre of attraction after her win, Jogati, who is of Jogamma heritage, was seen greeting President Kovind in her won unique way which earned applause and brought a smile to the faces of all attendees including the President. Take a look at the video below.