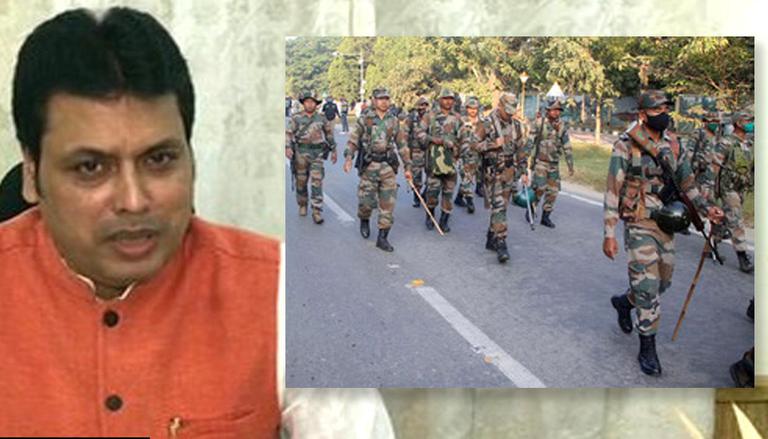 
Reacting to the Sixth schedule body Tripura Tribal Areas Autonomous District council's (TTAADC) decision of constituting its own police force, Chief Minister Biplab Kumar Deb said he did not get any written intimation from the district council authorities and also wondered as to how the ADC would arrange finances for raising the force. The Chief Minister explained there is a difference between running an administration and heading a political party.

"This is not the way the laws are enacted. We are yet to be apprised of how the rules are being framed, how they are planning to raise the police, and in what terms the force will act. Until and unless I am told about this decision in writing, I won't be able to understand the nitty-gritty of the decision," said Tripura CM Biplab Deb.

TTAADC has passed three resolutions and four Bills in the council on Friday, including a bill for the creation of an unarmed police force for the district council areas.

"A bill was passed in 1994 by the TTAADC to raise a separate unarmed police force. It became an act after the then governor Siddheswar Prasad gave his assent to the Bill three years later. The office of the then Governor had asked the TTAADC to frame necessary rules for the purpose. And, the present TTAADC administration will only do the remaining task," said a source.

This will be the first such incident where an autonomous body of North East India formed under the sixth schedule will constitute its own police force.

Meanwhile, CM Biplab Deb, earlier in July had discussed a special package for the development of the tribal council with the Union Home Minister and received a positive response. He had also taken up the matter with Prime Minister Narendra Modi. This was when Amit Shah was scheduled to reach Shillong to assess the region's law and order as well as the COVID-19 situation. Shah had also met with the Chief Ministers of the Northeastern states.