'Two Cases Of Omicron Variant Reported In India, Both From Karnataka': Health Ministry

Both the cases have been found in Karnataka. The new COVID-19 variant was first detected in South Africa was recently declared 'Variant of Concern' by WHO 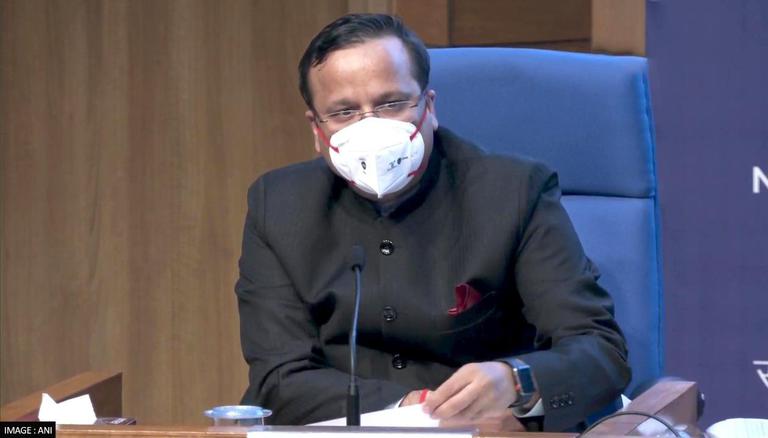 
Lav Agarwal, the Joint Secretary of Union Health Ministry, on Thursday said that two cases of Omicron variant of COVID-19 have been reported in India, Both the cases have been found in Karnataka. The new COVID-19 variant which was first detected in South Africa was recently declared 'Variant of Concern' by World Health Organisation (WHO).

"Two cases of Omicron detected in Karnataka so far through genome sequencing effort of INSACOG consortium of 37 laboratories established by the Ministry of Health. We need not panic, but awareness is absolutely essential. COVID apt behaviour is required," Agarwal said.

He also informed that around 29 countries have reported 373 cases of Omicron variant till now.

Agarwal stated that no severe symptoms of the Omicron Variant have been detected so far. "In all such cases in the country and across the world, no severe symptom has been noted. WHO has said that its emerging evidence is being studied," the Health ministry said.

On the passengers arriving from 'at risk' countries, the health ministry, said, if found positive on arrival, they will be treated under clinical management protocol. If tested negative then they need to undergo home quarantine for seven days.

Dr VK Paul, Member, Health, Niti Aayog, said that 'increased COVID-19 uptake is the need of the hour. He urged people to not delay in getting fully vaccinated'.

One of the professors at the institute informed Republic Media Network that all the required supplies have been installed at six labs only the demonstration of the instruments is awaited. She also informed that the training of microbiologists have already begun.

"We don't know how many vaccinated people would be infected by Omicron. We, therefore, need to identify the variant using genome sequencing. Then we need to isolate them to prevent transmission, which is the highest among these patients, compared to the previous Delta variant," explained the professor.