At a time when reports of a tussle between Sidhu & Punjab CM over the appointments,DGP Iqbal Sahota has directed all border district SSPs for night domination 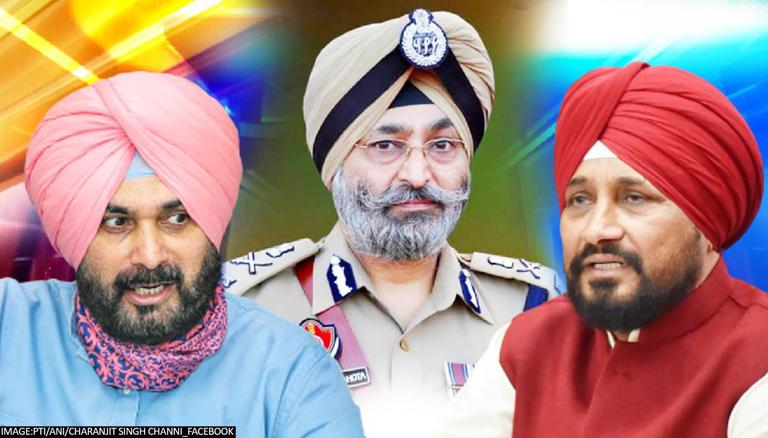 
At a time when reports of a tussle between Navjot Sidhu and Punjab CM Charanjit Singh Channi over the appointment of Director General of Police & Advocate General are on a buzz, DGP Iqbal Preet Singh Sahota has directed all border district SSPs to commence Night Domination Operations.

DGP Sahota said that all nakas in the second line of defence and other sensitive locations would be manned at night under the supervision of a non-gazetted officer, while, additional check posts should be put up on ancillary roads for checking of vehicles. "Inter-state nakas, especially on the J&K border should also be strengthened and all vehicles coming from J&K should be thoroughly checked," directed the DGP.

SSPs have also been directed to prepare a Weekly Deployment Plan showing the nakas and patrolling which would be approved by the Range IGP. Such Weekly Plans would be flexible and based on the current internal security situation.

DGP Iqbal Preet Singh Sahota asked SSPs to give special attention to drones and suspicious persons moving in the vulnerable areas. He also ordered SSPs to utilise all the PCR/RRPS Vehicles and Bullet Proof Material to cover vulnerable places besides activating all the control rooms.

Sidhu & Channi's meeting over the appointment of DGP & AG

Punjab CM Charanjit Singh Channi and Navjot Sidhu on Thursday hold a meeting over the appointment of DGP Iqbal Preet Singh Sahota and the state's Attorney-General APS Deol. Republic Media Network on Thursday was informed that Channi has stood his ground in their tug of war over key appointments. In the meeting, Channi has made it clear that the appointment of the  Director-General of Police (DGP), as well as the Advocate General (AG), will not be overturned, as is continuously being demanded by Sidhu. The appointments of Iqbal Preet Singh Sahota as the DGP and APS Deol as the AG led to Navjot Singh Sidhu resigning as the Punjab Congress President.

Before the meeting, Navjot Singh Sidhu had posted a tweet in which he had pointed out how DGP IPS Sahota, as the head of SIT investigating the Beadbi case, had wrongfully indicted two Sikh youth for sacrilege and given a clean chit to the ruling Badals." In 2018, I along with INC Ministers, then PCC Pres & present Home Minister assured them of our support in the fight for Justice," he further wrote. In the tweet, he also added snippets of a newspaper article of a leading daily that talked about the appointment of APS  Deol as the AG, along with IPS Sahota as DGP.