The Union Minister blamed the previous governments for intentionally impeding start-ups in Jammu and Kashmir, including the Kashmir valley. 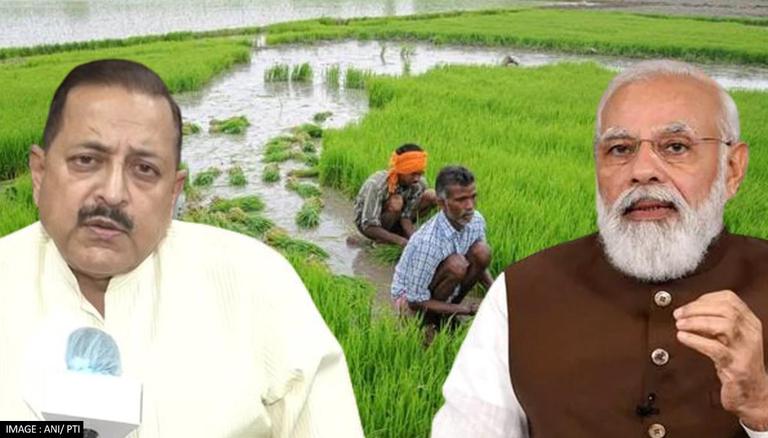 
Union Minister of Science and Technology Jitendra Singh on Friday stated that solid technology-based initiatives have been taken to encourage the agriculture sector for young start-ups in the Union Territory of Jammu and Kashmir for the first time in the past few years under the leadership of Prime Minister Narendra Modi.

The Union Minister blamed the previous governments for intentionally impeding start-ups in Jammu and Kashmir, including the Kashmir valley, and said, "It was done so that the youth could remain perpetually dependent on salaried government jobs and continue hanging around the political masters of the day."

"As a result, the region's immense potential for entrepreneurship and self-livelihood remained unexplored," Singh said.

The Union Minister, discoursing at an interactive meeting of Agricultural Start-Ups and Farmers, organised jointly by Council of Scientific and Industrial Research (CSIR) and Sher-e-Kashmir University of Agricultural Science & Technology (SKUAST), the minister said, "It is for the first time in the last few years  that under the leadership of Prime Minister Narendra Modi, concerted and technology-based effort has been made to promote the agriculture sector for young start-ups in the region."

While farmers and agriculturalists in the past have largely depended upon the climate and vagaries of nature for cultivation, in the last few years, new sectors like for instance Lavender cultivation have been examined on a huge scale both in the Kashmir valley in areas around Gulmarg and also in the Jammu region, in the districts Doda and Reasi, the minister said.

Singh also asserted that no government in any nation across the world can provide 100% employment to youth. However, he said that a responsible government always intends to promote means of livelihood.

"This is precisely what the Modi government is trying to do," Jitendra Singh added.

The Science and Technology Minister said that a sustained awareness campaign needs to be propelled among the youth and their guardians to teach them that there are much more lucrative emoluments available through these self-livelihood and new start-up options and, therefore, they should not be led to waste their time and energy in protesting for government jobs.

The Minister also emphasised that the Government of India through the CSIR is providing all the relevant financial and technical support for new modes of cultivation, multiple integrated farming, and also hybrid farming which can double farmers' income by 2022, as envisioned by Prime Minister Narendra Modi. Marking the occasion, Minister Singh distributed farming kits to agriculturalists drawn from all the 10 districts of Kashmir valley.