Union Minister Anurag Thakur asked the students to help in keeping India clean and referred to the sacrifices made by freedom fighters to achieve independence. 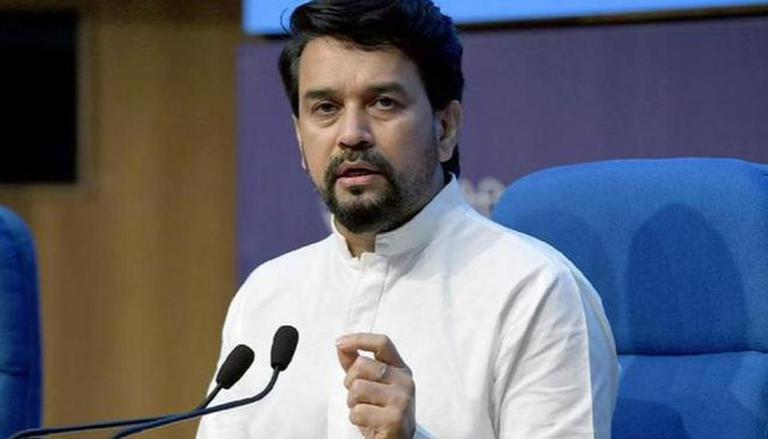 
Union Minister Anurag Thakur appealed to students to help in keeping India clean and referred to the sacrifices made by freedom fighters to achieve the independence of the country. Thakur said, "We were not able to make sacrifices (at the time of Independence struggle) for the country but we can definitely contribute (by keeping India clean)." The Minister of Information and Broadcasting and Youth Affairs and Sports was speaking at the Clean India programme conducted at the Dr Ram Manohar Lohia Avadh University in Ayodhya. The Minister added, "We should contemplate in what state we will be leaving this country for future generations.”

Anurag Thakur also made a reference to Ram’s return to Ayodhya and how the people treated his return as an opportunity to keep the region clean. He said, "I want to say this to the residents of Ayodhya, imagine that a cleanliness drive was run by the people years back when Lord Ram returned to Ayodhya, it's time that we run a similar drive this Diwali in Ayodhya." Thakur's Department of Youth Affairs, which is part of the Ministry of Youth Affairs and Sports, has organised a nationwide Clean India programme to celebrate 'Azadi Ka Amrit Mahotsava'. The Clean India programme began on October 1 and will continue till October 31.

More about the cleanliness programme

Thakur said in an event earlier, "I, on the behalf of Youth programmes and Sports department, have pledged to collect 75 lakh kilograms of plastic waste and garbage from October 1 to October 31. We will try our best to collect 75 lakh kilograms of plastic from every corner of the country in this one month." Thakur said that the main purpose of the campaign is to create awareness, mobilise people and ensure their involvement in cleaning waste, mainly single-use plastic waste, throughout the country. He updated on the progress already made and stated that between October 1 and 8, 24 lakh kilograms of plastic and other waste have already been collected. As per the official statement, the nationwide Clean India programme is being organised in six lakh villages across 744 districts throughout the country. The outreach programme will be conducted by NYKS-affiliated Youth Clubs and NSS-affiliated institutions.