Shringla also said that resolution specifically goes against terror groups designated by the UN and pressed the need for maintaining human rights. 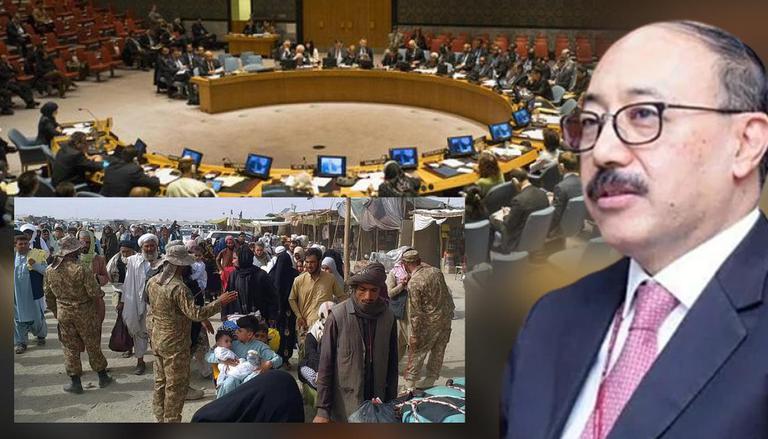 
India on Tuesday categorically stated that the international approach to Afghanistan must be guided by the UN Security Council's resolution 2593, which demands that the territory of Afghanistan must not be used in any way for terrorism, and looks for a negotiated settlement to the crisis in the war-torn nation.

India's Foreign Secretary Harsh Vardhan Shringla said that resolution 2593 taken by the UNSC last month specifically refers to terrorists prohibited by the UN Security Council (UNSC) including those belonging to Lashkar-e-Taiba and Jaish-e-Mohammad.

"The UNSC resolution 2593 unequivocally demands that Afghan territory not be used for sheltering, training, planning or financing terrorist acts, and especially refers to terrorist individuals proscribed by the UN Security Council, including Lashkar-e-Taiba and Jaish-e-Mohammad," Shringla maintained.

The Foreign Secretary stated that there was a need to maintain human rights including those of women and minorities.
Secretary Shringla also pressed the need to encourage all parties for an 'inclusive, negotiated political settlement' and that India looks forward to the international community to remain both responsive and united to tackle the Afghan crisis.

Shringla also confirmed India's bilateral relationship with Afghanistan was to continue in the future. "India's friendship with the Afghan people will continue to guide its approach in the future, nothing that is concerned about the developments within that country and their external repercussions."

The Foreign Secretary also stated that the UNSC resolution endorsed during India's presidency of the international security body sets expectations on safe and secure passage and departure of Afghans and all foreign nationals who desire to move from the country.

"The UNSC resolution sets an expectation on safe passage and secure departure of Afghans and all foreign nationals from Afghanistan. There is recognition of the need to uphold human rights, including of women and minorities, and to encourage all parties for an inclusive, negotiated political settlement," Shringla said.

Afghan land should not be used to threaten or attack any country: Shringla

READ | In Afghanistan, Taliban seizes control of over 150 media outlets after August 15 takeover

"As for India, our long-standing investment in the people of Afghanistan has earned us tremendous goodwill and cemented the civilisational bond between our two countries. Our friendship with the Afghan people will continue to guide our approach in the future," Foreign Secretary Shringla said.