Kerala court in Kollam district convicted Sooraj Kumar, who is guilty of murdering his 25-year-old wife by getting her bitten by venomous & famished cobra snake 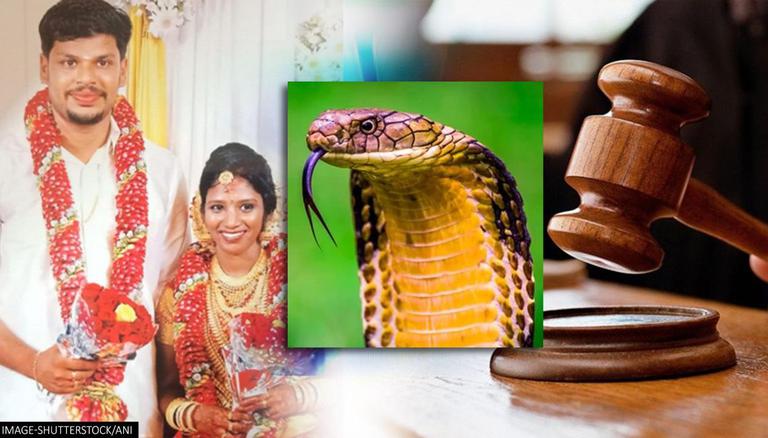 
In the much-anticipated Uthra murder case, a Kerala court in Kollam district on October 11 convicted Sooraj S Kumar, who is guilty of murdering his 25-year-old wife by getting her bitten by a venomous cobra snake with an intention to kill her. A postmortem of the snake was conducted to affirm that it was the one that had attacked the deceased and a recreational set-up was laid out to replicate the entire crime scene.

The Kollam Additional District and Session Court, presided by Justice Manoj M, ordered his conviction in what is a first for throwing a starving venomous cobra snake to induce a fatal snakebite on his wife, who was in her sleep. The convicted husband was proven guilty of charges under sections 302 (murder), 307 (attempt to murder), 327 (causing hurt to extort property), 201 (causing disappearance of evidence of offence).

An experienced and renowned snake handler testified before the Court that the snakebite, as identified on the body of the deceased wife, did appear induced, and not natural. The same was submitted after competent authorities comprising herpetologists, forensic experts, veterinary surgeons and officials from the Forest and Animal Husbandry departments examined the fang width of the venomous cobra snake used by the murderer in the case.

The case relates to the crime that numbed Kerala after Uthra was found dead at her residence after a snakebite on May 7, 2020. While attempts were made to dismiss the incident as a natural snakebite, her family suspected foul play in her death.

They doubted the entry of a snake into an air-conditioned room with tiles on the floor. Notably, the family reasoned out their suspicion owing to the fact that Uthra was repeatedly subjected to harassment from her husband and his family for dowry.

Accusing the husband and his family of intending to grab hold of her gold ornaments and other properties, the family suspected foul play in Uthra's death and mentioned 'sarppa kopam' (wrath of the snake) against their daughter. It was brought to the court's attention that she had been injured in a similar incident at her husband's house when was bitten by a viper in March 2020.

The elaborate conspiracy was unearthed by Kerala Police and another accused of helping the husband procure snakes was consequently arrested. The snake handler turned approver and stated that the snakes were sold for Rs 10,000. However, he claimed that he was not aware of the reason behind the purchase.

Sooraj was arrested on May 24 and a few weeks later, the crime branch arrested his father, mother and sister for conspiring domestic violence and destruction of evidence. On July 13, Sooraj confessed before the media, admitting that he murdered his wife. During interrogation, he had admitted that he stored two snakes in a jar and kept it starving, with an intention to kill his wife.