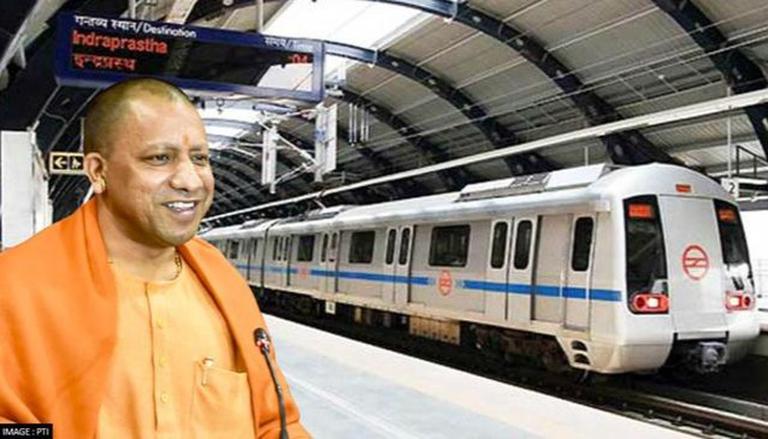 
Uttar Pradesh Chief Minister Yogi Adityanath will flag off the trial run of Kanpur metro on Wednesday, said district magistrate Kanpur Vishak G Iyer. The CM will press a button to start the trials of the Metro train that will help in establishing seamless connectivity in the city and ease vehicular congestion, thus giving a major boost to the development of the region.

The Metro services will improve transport facilities and end the day-to-day struggles of the common man. Despite the COVID outbreak, the construction was completed in less than two years, setting a new record.

UP CM to flag off Kanpur metro

During his Kanpur tour, the Chief Minister will inspect the facilities available at the platform and take a trip through the metro to check the arrangements available inside the coaches.

"The construction work of Kanpur Metro Rail Project was started by Chief Minister Yogi Adityanath on November 15, 2019. The Project has been completed in less than two years. The trial run will begin on Wednesday on the 9-km-long primary section," an official release states.

Two metro corridors of about 32.5 km long are proposed under the Kanpur Metro project. The first corridor runs from the Indian Institutes of Technology (IIT) to Naubasta which is 23.8 km while the second 8.6 km long corridor runs from Chandrashekhar Azad Agricultural University to Barra.

"Under the first corridor, the first section from IIT Kanpur to Motijheel has been completed. There are a total of 9 metro stations in this section," added the release.

The Kanpur Metro services will kick-start months ahead of the Uttar Pradesh Assembly polls. The state of UP is geared for the upcoming elections in 2022. By winning 312 assembly seats, BJP won the 2017 UP polls. For 403-member Assembly elections, BJP had secured a 39.67% vote share. Congress secured only seven seats while Samajwadi Party (SP) and BSP won 47 seats and 19 seats, respectively.