Uttar Pradesh CM Yogi Adityanath on Friday hailed the services of ASHA workers during the peak of COVID-19, saying they were on the 'frontline' to save the state. 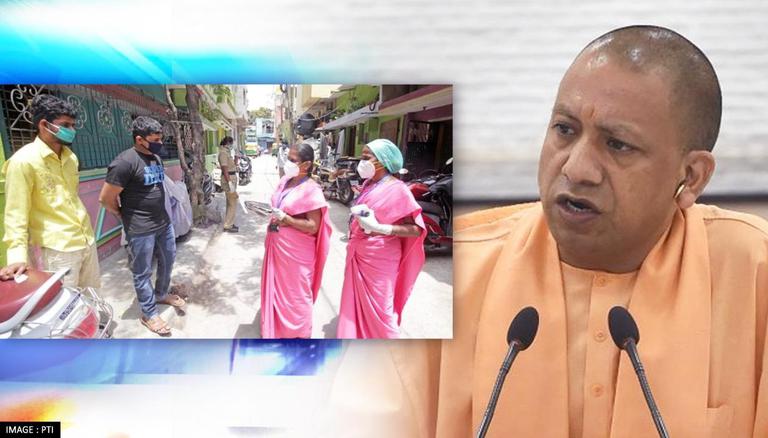 
Uttar Pradesh Chief Minister Yogi Adityanath on Friday hailed the services of ASHA workers during the peak of COVID-19, saying they were on the 'frontline' to save the state.

He also announced a hike in their monthly honorarium and incentives.

Accredited Social Health Activists (ASHA) "sisters" served diligently during COVID-19 and it is because of their efforts that the country's most populous state efficiently contained the spread of the virus, he said.

Their services earned global appreciation, Adityanath said, and called them the backbone of rural healthcare system.

The chief minister was inaugurating 'Aashaon Ka Sammelan' in the state capital during which 80,000 smartphones were distributed.

On the occasion, Adityanath announced a hike in monthly honorarium and incentives of ASHA workers.

With Rs 1,500 per month from the central government, the ASHA workers will receive nearly Rs 6,000 per month, taking into account all allowances, Adityanath said.

Also, contractual Auxiliary Nurse Midwives, who played a crucial role in vaccinating people and worked for more than 60 days during the peak of the pandemic, will receive a one-time honorarium of Rs 10,000, he said.

Stating that no region can fully develop without medical resources, the chief minister said his government has paved the way for the state's development by improving health infrastructure.

"Every district is on its way to having a medical college to provide accessible healthcare services," he said, adding the facility was already set up in nearly 60 districts.

Adityanath said over 551 oxygen plants have become operational throughout the state, making it 'self-reliant' in oxygen generation.

In addition, he said there were ICU beds in only 26 districts earlier and they were now made available in all 75 districts.

The chief minister urged the people to get fully vaccinated to protect themselves against the disease.

“There is no need to worry about COVID-19. We just have to take precautions. The positivity rate in the state is below 0.05 percent. So far, we've administered over 20 crore vaccine doses, which is the highest in the country. Full vaccination and adherence to COVID-appropriate behaviour will help us fight the pandemic,” Adityanath said. PTI SAB CJ CJ