In Uttar Pradesh's Ghaziabad first case of a patient infected with Black, White, and Yellow Fungus have been found. The patient is undergoing treatment. 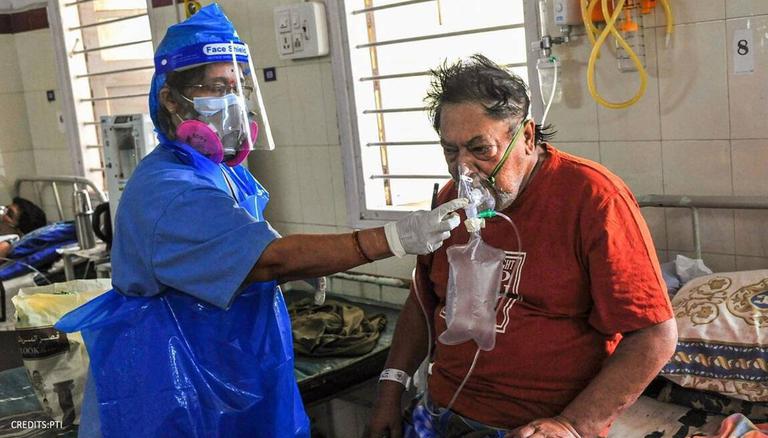 
A patient in Uttar Pradesh's Ghaziabad has been found infected with Black, White, and Yellow Fungus informed official on Monday. Dr. BP Tyagi, an ENT (Ear-Nose-Throat) specialist said that the patient was recently detected with Yellow Fungus while he was already suffering from Black and White fungal infection. Cases of White and Yellow fungus have been coming out recently while the country was already grappling with increasing Black Fungus cases. While talking about the patient, Dr. Tyagi informed ANI reporters that he is 45 years old and a resident of Sanjay Nagar.

The patient was recovering from COVID-19 as his treatment was going on for past two months. However, his condition worsened with his one side face swelling due to which he was unable to open his eyes, bleeding from the nose, and urine from past four days. The patient had to be admitted to hospital suddenly and medical examination revealed Yellow Fungus infection, said Dr. Tyagi who is currently treating the patient.

The ENT specialist asserted that the symptoms of Mucor septicus (yellow fungus) are lethargy, reduced or loss of appetite, and weight loss. If not diagnosed on time, the symptoms turn severe with leakage of pus and slow healing of wounds, sunken eyes due to malnutrition and organ failure, and necrosis (a form of cell injury which results in the premature death of cells in living tissue).

READ | What is Yellow Fungus Infection? Symptoms, causes & all you need to know

High humidity could lead to growth of bacteria and fungus, added Dr. Tyagi.

"The humidity of the house is also important so it should be measured at all times. Too much humidity can promote the growth of bacteria and fungus. For COVID patients, it is important to adopt a medical practice as soon as possible so that the body does not give rise to further complications like yellow fungus," added the ENT specialist.