The Uttarakhand government has released SOPs for the Char Dham Yatra and made it compulsory for pilgrims to carry a COVID-19 negative report. 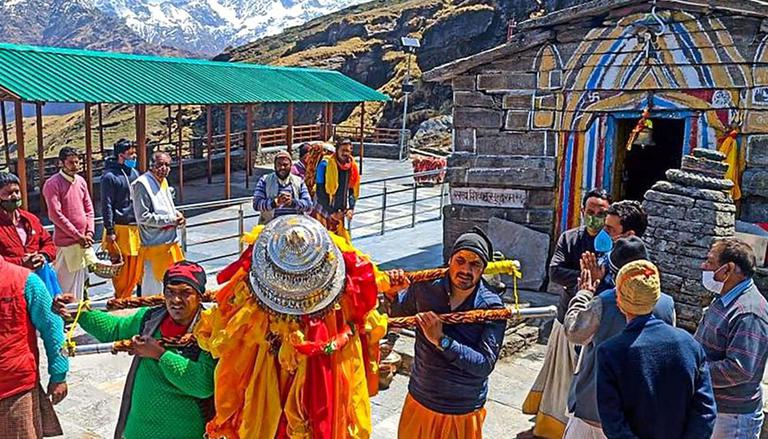 
Officials at Kedarnath Dham said on Sunday that the bookings for the 12-day darshan of the Kedarnath Dham located in the Rudraprayag district of Uttrakhand have been completed. Kedarnath, Badrinath, Yamunotri and Gangotri together are called the Char Dham, and these shrines attract lakhs of pilgrims each year. Earlier this month, the Uttarakhand high court lifted the ban on the pilgrimage on the Char Dham Yatra as the Yatra officially starts from Saturday. The court has restricted the number of pilgrims allowed daily to the four revered Himalayan shrines.

As per the official court order, the number of pilgrims allowed daily will be 800 for Kedarnath, 1000 for Badrinath, 600 for Gangotri and 400 for Yamunotri. The court also made it mandatory for police battalions to be stationed at these shrines to ensure that COVID-19 appropriate behaviour is followed. The officials of the Char Dham said that around 10,010 electronic passes have already been issued to the devotees.

Major points from the new SOPs

Those who have registered in the past few days will be put on the waiting list as only 800 people will be allowed to visit Kedarnath every day. A similar method will be followed across all four shrines. The Uttarakhand government released the Standard Operating Procedures (SOPs) for the Char Dham Yatra on Friday and made it compulsory for pilgrims to carry a COVID-19 negative report. As per the SOPs, a devotee must register and carry the e-pass to enter the pilgrimage. In the latest order, the court clarified that the devotee can also show a certificate of complete vaccination instead of a negative COVID report. However, the initial order by the Nainital High Court while lifting the stay on Char Dham Yatra was that only fully vaccinated people along with a COVID-19 negative report will be allowed for the annual pilgrimage. The court also ordered the devotees to follow strict COVID-19 protocols and limited the number of visitors. Devotees arriving from Maharashtra, Kerala, and Andhra Pradesh will only be allowed to enter the pilgrimage site if they have a negative RT-PCR negative along with a certificate of complete vaccination received within fifteen days.

WE RECOMMEND
Work hard to help BJP return to power in Uttarakhand: Union Minister Pralhad Joshi to party workers
Uttarakhand struck by earthquake of 4.7 magnitude on Saturday; no damage reported
Arvind Kejriwal to address Uttarakhand's unemployment situation ahead of polls
Uttarakhand: Two priests each from 'Char Dham' to be inducted into Devasthanam Board
Uttarakhand: Nainital HC lifts ban on Chardham Yatra, orders to follow COVID rules