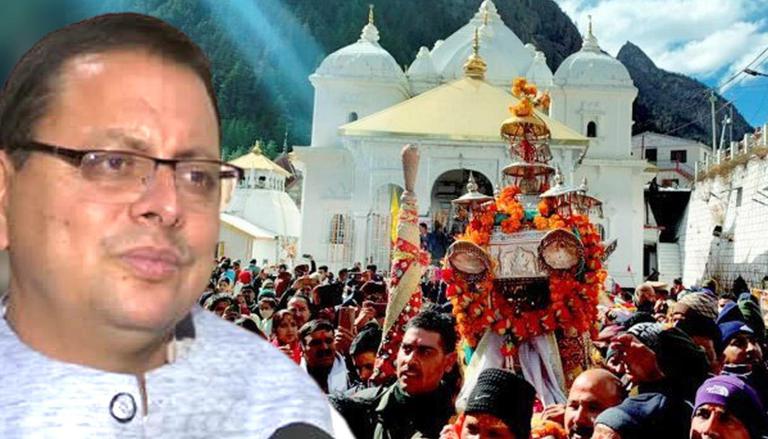 
Uttrakhand CM Pushkar Singh Dhami on Saturday informed that the state will not live stream the Char Dham Yatra citing that there was no mention of such practice in the Vedas. Earlier, the Uttrakhand High Court had stayed the state government’s decision to allow the Char Dham Yatra from July 1 from Chamoli, Rudraprayag and Uttarkashi districts. The BJP-ruled Uttarakhand government moved SC on Tuesday challenging the High Court's decision.

'Not written in the Vedas': Uttrakhand says no to live streaming Char Dham Yatra

Uttarakhand CM Dhami said, "After taking into account all suggestions, we have decided not to hold live streaming of Chardham Yatra as it is not written in the Vedas. We are also going to file an affidavit in the High Court in this regard,". The Char Dham Yatra includes a visit to the Kedarnath Temple and attracts a massive crowd of lakhs of tourists and devotees every year from across the country and from abroad. Owing to the COVID pandemic, the Uttarakhand state government has only allowed Char Dham Yatra for residents of the three districts including Chamoli, Rudraprayag and Uttarkashi.

The Uttarakhand government has also allowed States to take 'Ganga Jal' from Haridwar in water tankers. This announcement came after the state government cancelled the Kanwar Yatra in light of COVID earlier this week. Chief Secretary Anand Vardhan said, "Permission will be given to carry 'Ganga Jal from Haridwar through water tankers," He also said that if there is a demand for carrying 'Ganga Jal from the states, then the state government will provide full cooperation. The Police in Haridwar said that the border will be sealed and Kanwariyas will not be allowed to enter Haridwar. During the Kanwar Yatra, devotees of Shiva travel on foot or by other means to collect water from Ganga in Haridwar to offer it at Shiva temples in their areas.

Haridwar SSP asks people to not arrive in the district for Kanwar Yatra.

Provision for 14-day mandatory institutional quarantine for people coming from outside. Vehicle of anyone attempting to enter the dist will be seized; action under Disaster Mgmt Act for violation of rules. pic.twitter.com/3sBtZPUUs2