On Vijay Diwas 2021, leaders extended wishes to the nation and paid tributes on Koo to commemorate the decisive victory in the 1971 war against Pakistan. 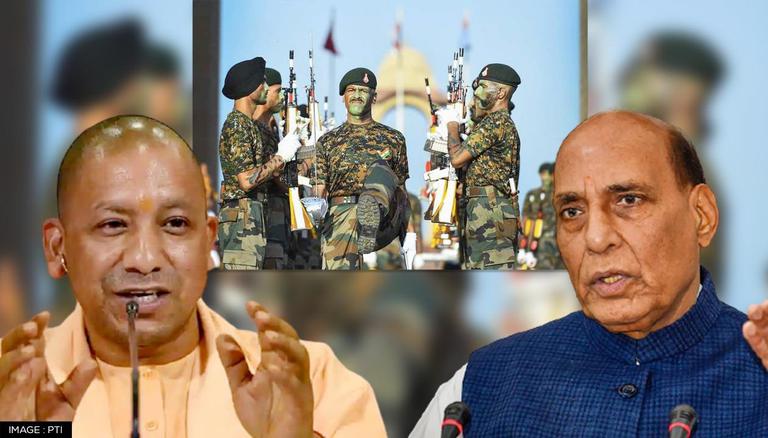 
On December 16, India commemorates the decisive victory against Pakistan in 1971, which led to the formation of Bangladesh and the liberation of East Pakistan. Prime Minister Narendra Modi will attend the National War Memorial's Swarnim Vijay Mashaal's Homage and Reception Ceremony on December 16, 2021. National leaders have been posting their thoughts and tributes on Vijay Diwas 2021 on microblogging apps.

Pema Khandu, Chief Minister of Arunachal Pradesh, wrote on the Koo app, “Hearty greetings to all the countrymen on the Golden Jubilee of Victory Day, a symbol of valour of the Indian Army. On this day in 1971, 93,000 Pakistani soldiers who were defeated in the war surrendered to our army in Bangladesh. Many salutes to the bravery and sacrifice of the brave soldiers of the Indian Army who were the heroes of this historic victory. #VijayDiwas”.

UP CM Yogi Adityanath wrote, “The historic achievement of the discipline, indomitable courage and amazing valour of the Indian Army is- 'Vijay Diwas'. Salute to all the heroes who put the tilak of victory on the forehead of Mother Bharati while glorifying humanity with their unequalled valour in the 1971 war. Jai Hind!”.

Giriraj Singh, Minister of Rural Development and Panchayati Raj Department wrote, “On the occasion of Golden Jubilee of Vijay Diwas, many salute to the bravery and sacrifice of the brave soldiers of the Indian Army who were the heroes of the historic victory in the 1971 war”. Sambit Patra, National spokesperson of the Bharatiya Janata Party wrote the same as well. Gajendra Singh Shekhawat, Union Cabinet Minister in Ministry of Jal Shakti wrote, “Many many congratulations and best wishes to all true Indians on the Victory Day dedicated to India's victory over Pakistan on 16 December 1971. Salute to our brave soldiers who played an important role in creating proud history. Jai Hind! #VijayDiwas”.

Om Birla MP, current Speaker of the Lok Sabha wrote, “The jawans of India's water, land and air force are an example of perseverance and dedication. Whenever anyone came in front of his spirits stronger than the mountain, he had to kneel. The nation proudly greets the soldiers and their families. The nation will always be indebted to his services. Jai Hind!!! #victory Day #SwarnimVijayVarsh”. Nitin Jairam Gadkari, Minister for Road Transport & Highways wrote, “On 16 December 1971, the Pakistani army surrendered in front of the bravery and might of the Indian Army and Bangladesh got independence. Hearty congratulations to all the countrymen on this 'Victory Day'. Salute to the brave Indian soldiers dedicated to the service of the nation. #VijayDiwas”. Rajnath Singh defence minister wrote on Twitter, “On the occasion of ‘Swarnim Vijay Diwas’ we remember the courage and sacrifice of our armed forces during the 1971 war The 1971 war is the golden chapter in India’s military history. We are proud of our armed forces and their achievements.”

The 1971 Indo-Pakistan war began on December 3, 1971, and lasted 13 days. On December 16, the war officially came to an end when Pakistan surrendered to India. The thirteen-day battle resulted in Pakistani soldiers surrendering completely and the formation of Bangladesh. With roughly 93,000 soldiers, Pakistan's army surrendered to India. India gained prominence as a regional power. On December 14, the IAF struck a residence where a meeting with the governor of East Pakistan was taking place. This incident left Pakistan stunned. As a result, on December 16, 1971, the surrender process began, with roughly 93,000 Pakistani personnel surrendering at the time. As a result, Bangladesh was founded as a new nation on December 16, 1971, and East Pakistan gained independence from Pakistan. To commemorate India's victory over Pakistan, December 16 is observed as 'Vijay Diwas' across the country. According to reports, over 3,900 Indian soldiers were killed and 9,851 were injured during the 1971 war.