M Venkaiah Naidu, the Vice President of India greeted the nation on the eve of the anniversary of the Quit India Movement on August 8. 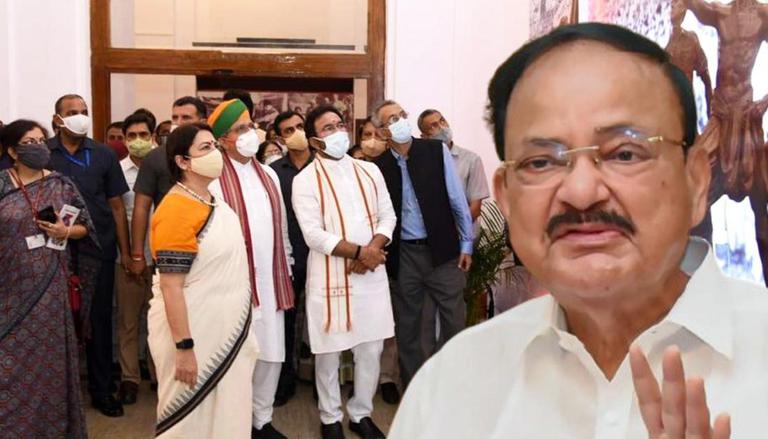 
M Venkaiah Naidu, the Vice President of India, greeted the nation on the eve of the anniversary of Quit India Movement Day on Sunday, August 8. The Vice President said, "I convey my warm greetings and best wishes to all our citizens on the anniversary of Quit India Movement Day." He said that the movement started with Mahatma Gandhi exhorting the countrymen with his powerful slogan, 'do or die', which had infused new energy into our independence movement and had eventually forced the British to leave India in 1947.

He added, "On this occasion, let us remember the countless sacrifices made by the brave people of India who participated in the Quit India Movement to free India from colonial rule. Let us also dedicate ourselves to eradicate poverty, illiteracy, inequality, corruption, and social evils like casteism, communalism, and gender discrimination from India. We must remember that despite all the differences in the way we dress, the language we speak, or the religion we practise, we are all Indians first and we should be proud of that".

Earlier on Sunday, G Kishan Reddy, Union Minister of Culture, Tourism, and Development of the North Eastern Region (DoNER) inaugurated an exhibition marking the 79th anniversary of the 'Quit India Movement' at the National Archives of India in New Delhi. He posted on his Twitter handle, “I call upon everyone to come to this exhibition and take inspiration from the lives of all the great men and women working hard for the future of our country. Honorable Minister of State Shri @arjunrammeghwal and Mrs.@M_Lekhi also attended the inauguration of this unique exhibition".