WATCH: PM Modi Pays Tribute To Each Of The Braveheart CRPF Martyrs At Wreath-laying Ceremony In Delhi's Palam Airport

The mortal remains of 40 soldiers of the CRPF that were martyred in a terror attack in Jammu and Kashmir's Pulwama district were brought to Delhi's Palam Airport on Friday.

The mortal remains of 40 soldiers of the CRPF that were martyred in a terror attack in Jammu and Kashmir's Pulwama district were brought to Delhi's Palam Airport on Friday. Prime Minister Narendra Modi paid his respect to the CRPF personnel at the wreath-laying ceremony at the airport.

Prime Minister Modi place the wreath of flowers as a mark of respect before the mortals remains of the soldiers. Folding his hand, Prime Minister observed two minutes of silence for the brave soldiers. He then walked past the chests of the 40 brave men who lost their lives in the service of the nation. 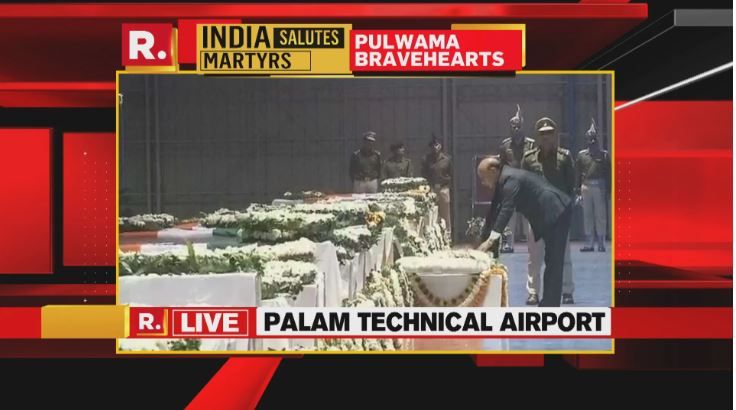 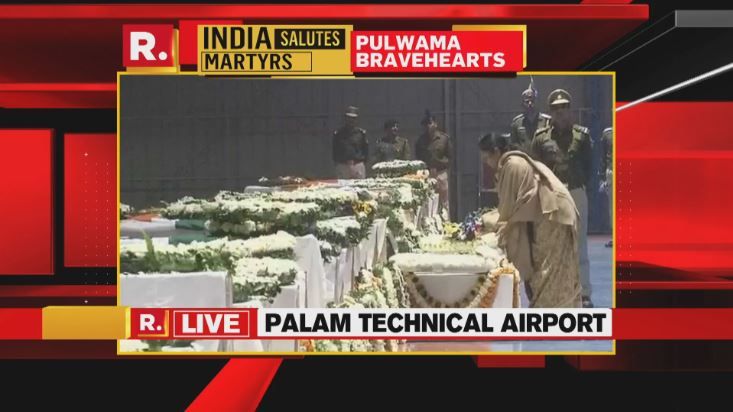 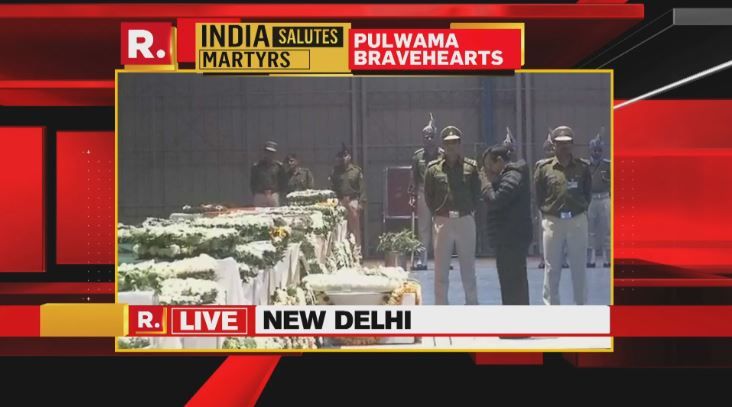 Delhi CM Arvind Kejriwal pays his respects to the mortal remains of the martyred CPRF jawans. 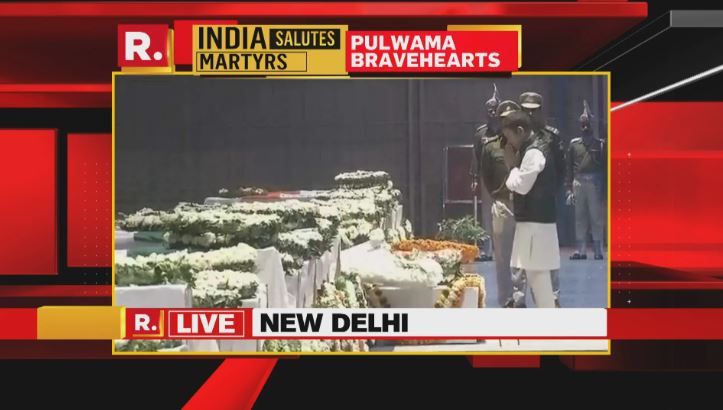 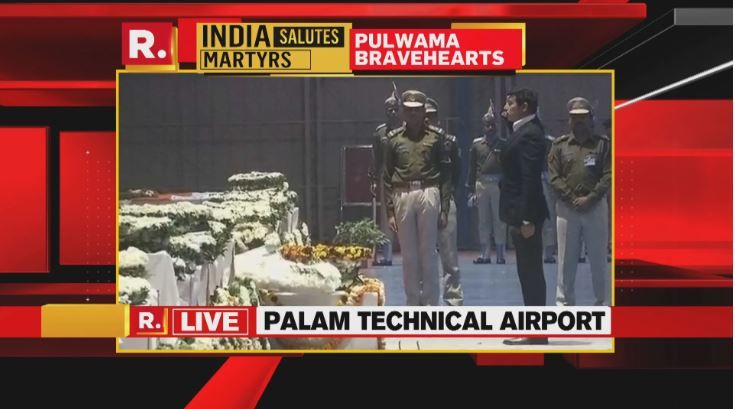 Furthermore, the mortal remains of the CRPF jawans will be airlifted to their respective hometown.

Bravehearts of CRPF who made the supreme sacrifice and attained martyrdom in the Pulwama attack on 14/02/2019. pic.twitter.com/eHrPnYaSGV

Unwilling to make concessions, Prime Minister Narendra Modi took a strong stand against the 'despicable' Pulwama terror attack on CRPF convoy. Denouncing the neighbour for their terror-friendly activities, PM Modi gave Pakistan check a reality check by stating that 'it is difficult for them to run their daily expenses and is roaming around with a begging bowl'.

As many as 40 Central Reserve Police Force (CRPF) personnel were martyred in a major terror attack carried out by Jaish-e-Mohammad in south Kashmir’s Awantipora area on Thursday. The suicide bomber, who was identified as a local militant, rammed an explosive-laden car into the CRPF bus which was going from Jammu to Srinagar as part of a 70-vehicle-strong convoy. Security personnel are probing the incident.