WATCH: Union Defence Minister Rajnath Singh Pays Tribute To The Fallen Warriors At The 'highest Battlefield In The World' - Siachen Glacier - In His First Visit After Taking Charge

Choosing Siachen as his army base visit as Union Defence Minister Rajnath Singh, on Monday paid tribute to the martyred soldiers who sacrificed their lives while serving in Siachen.

Choosing Siachen as his army base visit as Union Defence Minister Rajnath Singh, on Monday paid tribute to the martyred soldiers who sacrificed their lives while serving in Siachen. Sharing a message of gratitude for the supreme sacrifice made by 1100 soldiers defending the Siachen Glacier, he tweeted pictures of his visit.

Paid tributes to the martyred soldiers who sacrificed their lives while serving in Siachen.

More than 1100 soldiers have made supreme sacrifice defending the Siachen Glacier.

The nation will always remain indebted to their service and sacrifice. pic.twitter.com/buWxgv6Nmg

Visuals show Rajnath Singh dressed in white windcheater offering a wreath of white flowers at the 'Amar Jawan' memorial at the Siachen glacier, as Army officials stand in attention dressed in white snow gear. The pictures also show the list of army martyrs etched in stone and painted in gold along with their details like their location, date of death and the unit they were serving under.

Here are the photos: 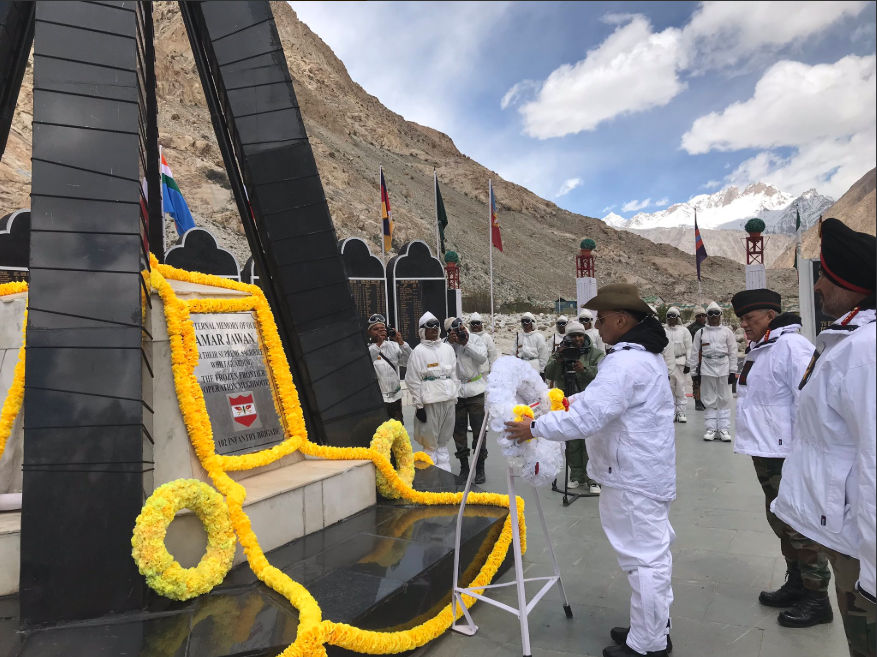 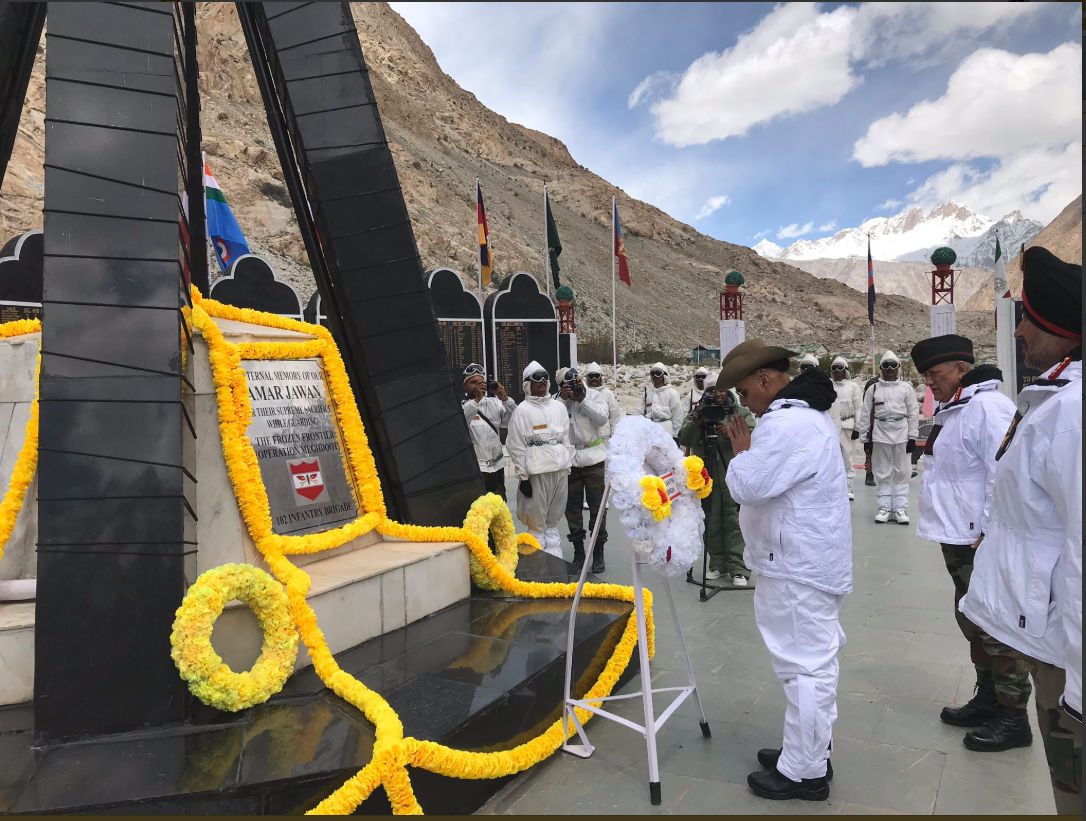 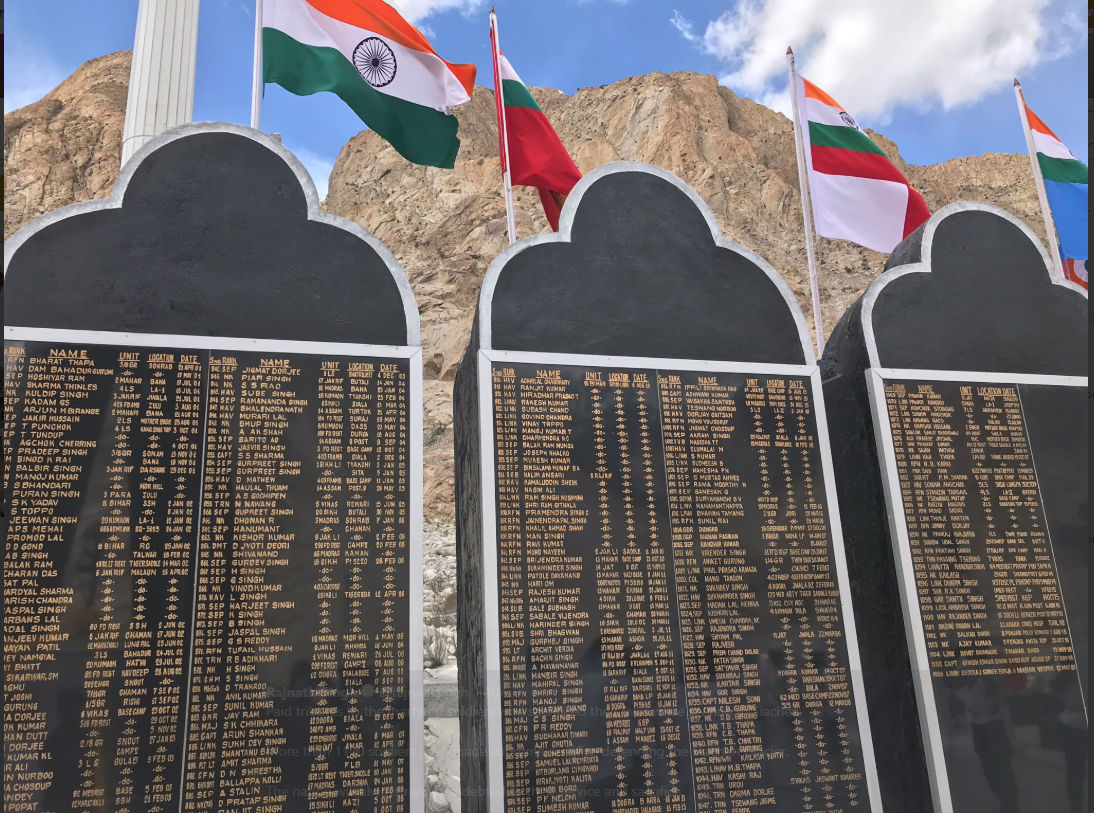 After paying his tribute to the fallen army souls at Siachen, he shared photos of his interactions with the jawans serving at the 'highest battlefield in the world'

Visited a forward post and Siachen base camp today and interacted with the Army personnel serving in this region which is also known as the ‘the highest battle field in the world’. pic.twitter.com/Ns8uFpK4TT

Here are some of the visuals: 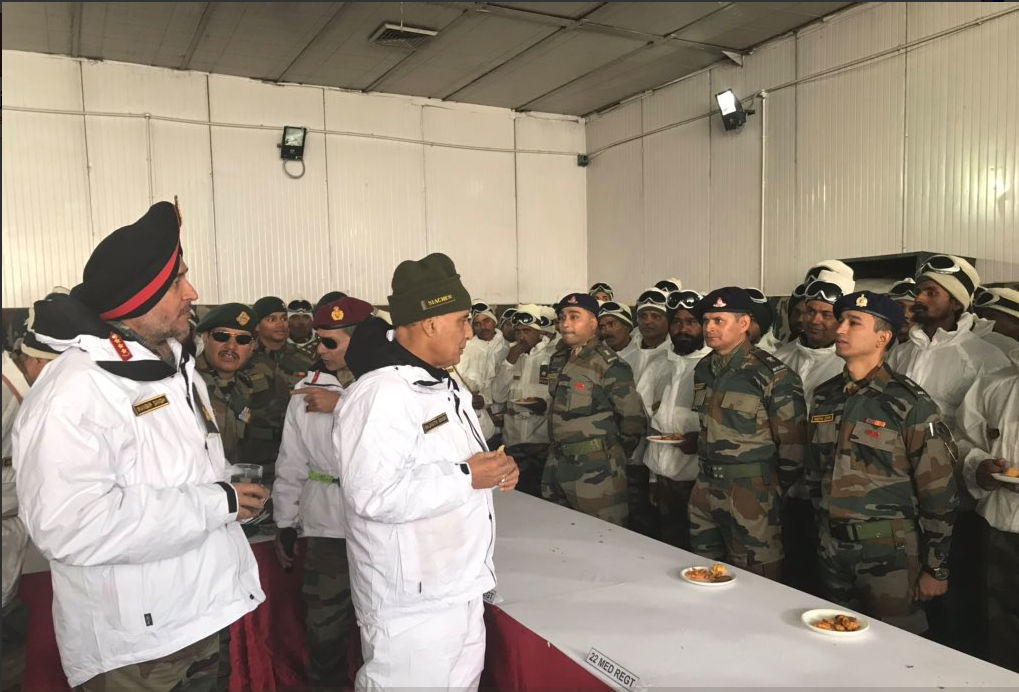 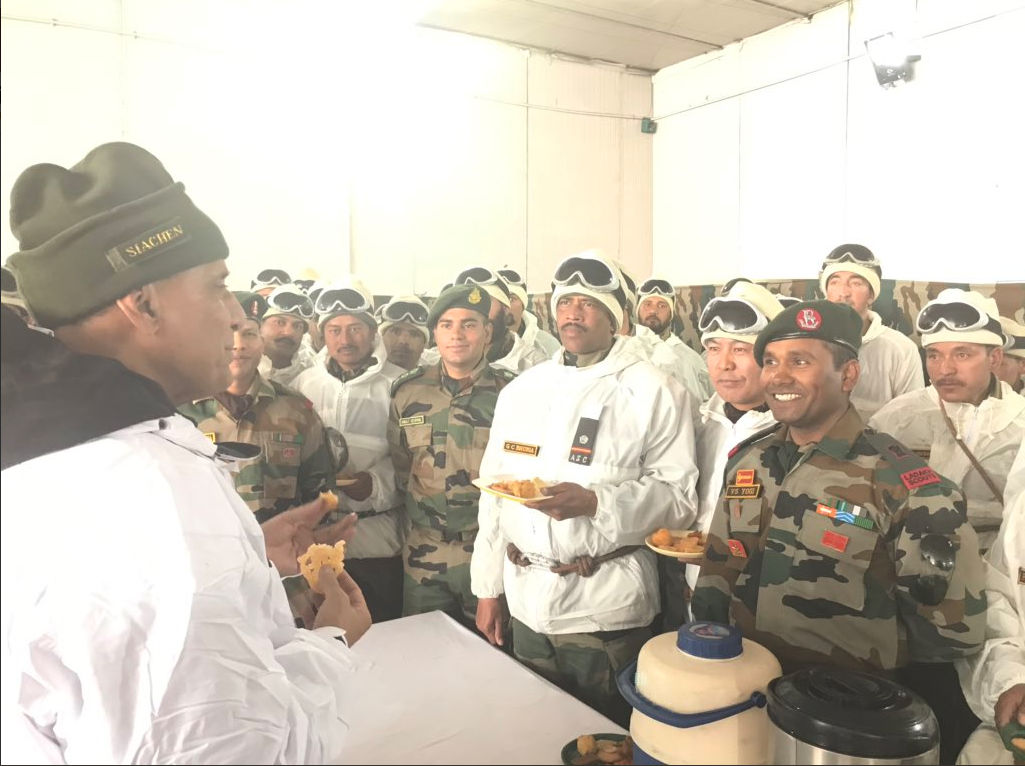 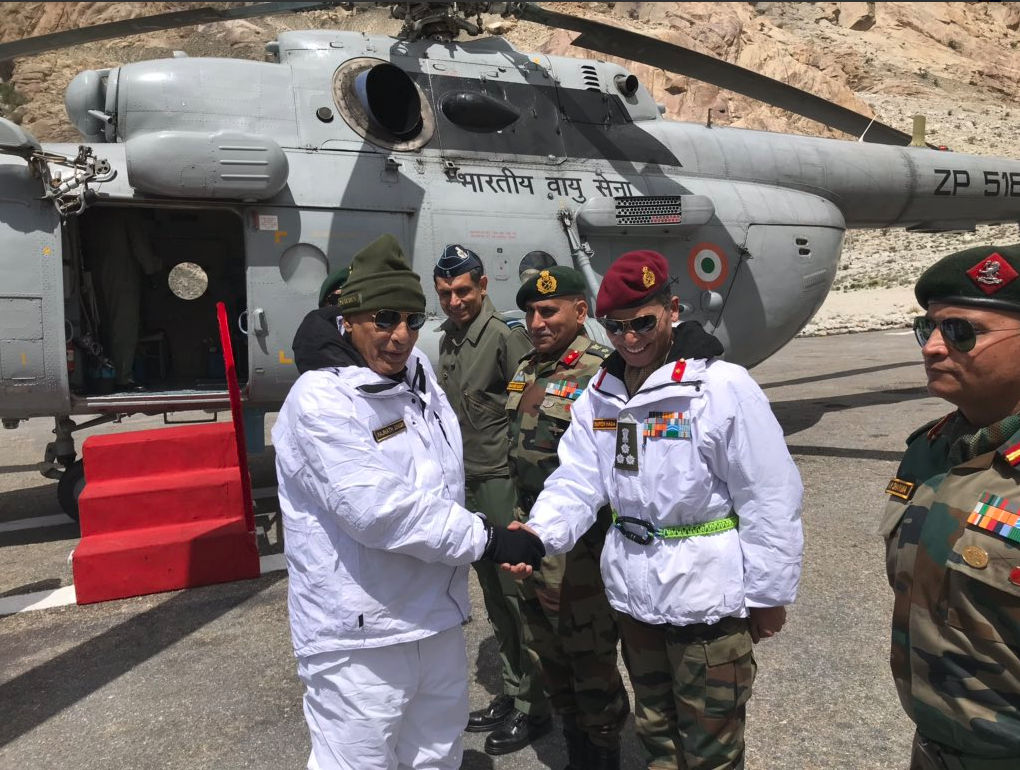 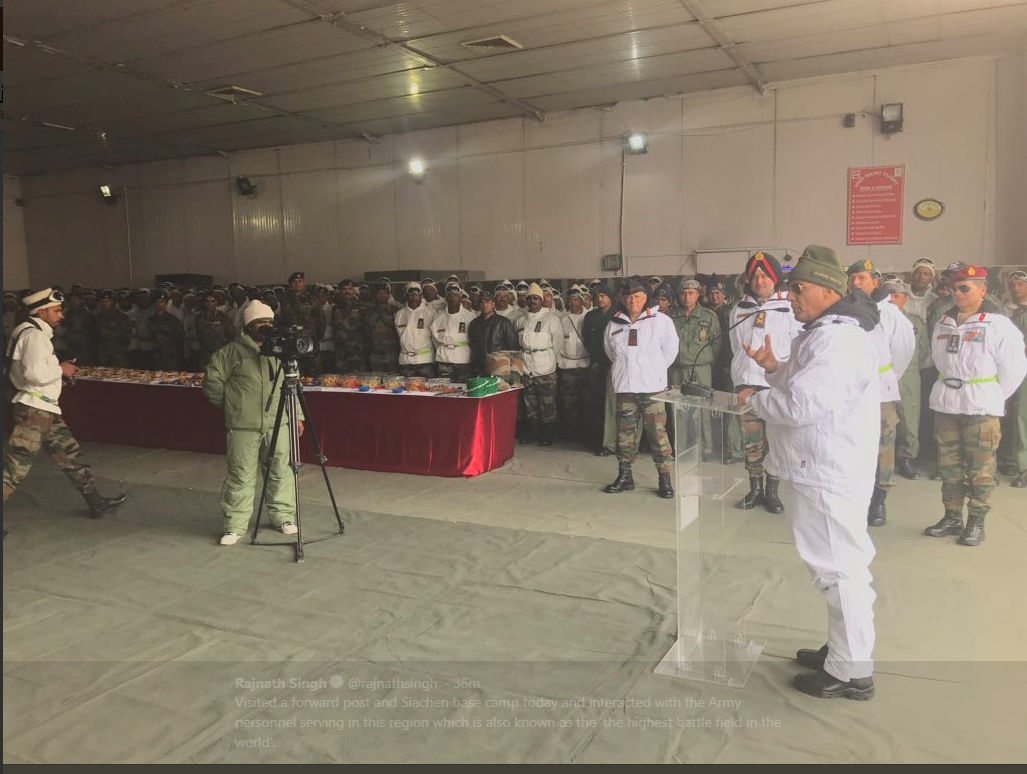 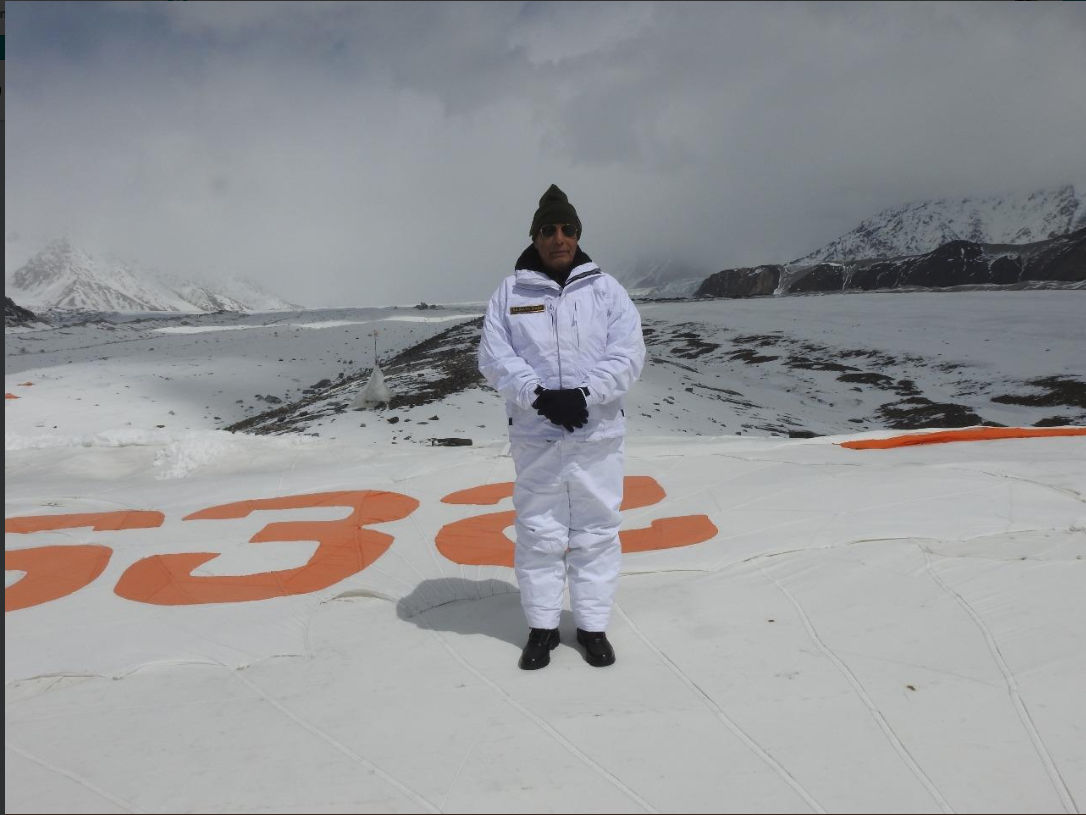 Before commencing his trip to Ladakh, the Defence minister  had shared his iteranarary saying that post his Siachen visit he would be travelling to Srinagar to meet Indian Army personnel.

Leaving New Delhi for Ladakh on a day long visit to Jammu and Kashmir. Looking forward to interact with the troops in Siachen.

Later in the day, I would be meeting the Indian Army personnel in Srinagar.