"I urge you with folded hands to kindly intervene in this grim situation and try to save the Hindus of Bangladesh," Suvendu Adhikari wrote to EAM Jaishankar. 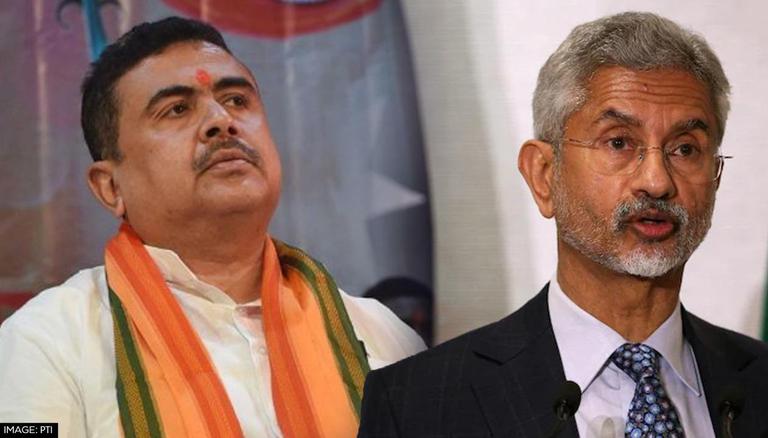 The Bharatiya Janata Party (BJP) leader said that communal violence targeting the minority Hindu community is taking place in Bangladesh. "Temples, shops and several houses of the Hindu community have been vandalised in Dighalia Bazar area of Lohagara upazila of Narail; southwestern Bangladesh."

Adhikari said that the incident took place after the Friday prayers on July 15 when a mob assembled to protest against a Facebook post made by a Hindu boy, allegedly belittling Islam.

"Such pretexts are often created for the usual initiation of the standard modus operandi. As if the same pattern is being followed, just like last October 2021, when the Durga Puja pandals and Hindu temples and properties were vandalised all over Bangladesh by alleged blasphemy," he said.

The West Bengal LoP, however, stated that the investigation later discovered that one Iqbal Hossain was the main accused of blasphemy, who was seen taking the Quran to the Pandal in the CCTV footage.

Houses, Shops of Hindus set on fire in Bangladesh: Adhikari

Adhikari said that in the recent attack against Hindus, their houses and shops were set on fire in the Sahapara area of Lohagara in the Narail district. "The mob went on a rampage after Friday's Jumma prayers, alleging that an 18-year-old person from the neighbourhood hurt their religious feelings on Facebook."

"I urge you with folded hands to kindly intervene in this grim situation and try to save the Hindus of Bangladesh. Whatever diplomatic and other means you have at your disposal, please use it to send across a message that these incidents of communal violence are simply unacceptable. The Hindus of Bangladesh are looking forward to you in this need of the hour," Suvendu Adhikari urged EAM Jaishankar.

Meanwhile, five persons have been arrested for their involvement in the attacks on houses and temple of the Hindu community in Bangladesh, PTI reported. The suspects have been sent to three-day police remand.