The Tejaswini Siliguri Women Safety Squad is an attempt to stop crime against women in the small but sensitive city that acts as a gateway to Northeast India. 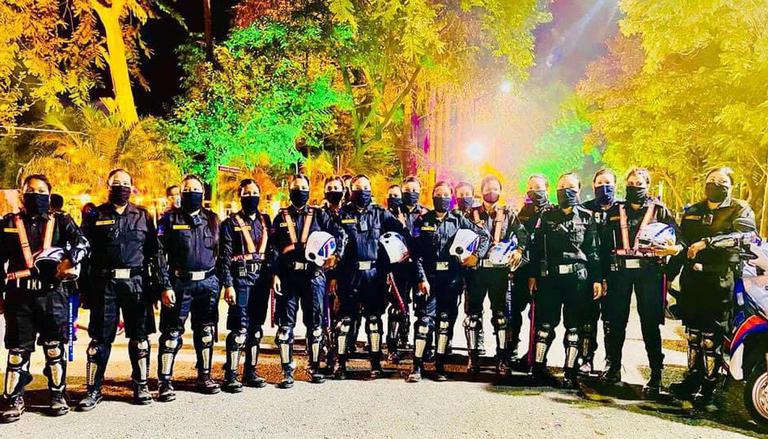 
Dressed in all black, blue batons in their hands, and white and blue helmets covering their head, a group of 22 combat-trained women officers patrol the streets of West Bengal's Siliguri on scooters to ensure that women in the city feel safe and secure.

The Tejaswini Siliguri Women Safety Squad, launched by the Siliguri Metropolitan Police (SMP), an initiative taken under SMP Commissioner Gaurav Sharma, is an attempt to stop crime against women in the small but sensitive city that is often referred to as the gateway to Northeast India.

“TEJASWINI” a special initiative by Siliguri Police Commissionerate which will act proactively against eve-teasing and look after women related urgent issues. pic.twitter.com/cdUaTxok7B

While talking to Republic World, SMP Commissioner Gaurav Sharma said that the all-women police squad, that hit the streets of Siliguri on the auspicious occasion of Saptami on October 12, were trained in similar lines to the Police Forces' Rapid Action Force (RAF) and added that combat training was an important part of the selection process. Sharma told Republic World that the idea behind launching Tejaswini was to ensure the safety of women in the city and provide them with prompt help if and when they required it.

'Miscreants beware and Respect Women or else...'

Announcing the launch of the Tejaswini squad on October 12, the Siliguri Metropolitan Police cautioned troublemakers against disrespecting women in a Twitter post. "Dear troublemakers...beware and respect women, or else," it wrote while posting pictures of the new squad on Twitter.

Dear troublemongers,
OUR TEAM “TEJASWINI Siliguri Women Safety Squad”comprising of combat trained lady officers and force of SMPare specially deployed to help our respected women of Siliguri.They are hitting the roads from today.
Miscreants to beware and Respect Women or else. pic.twitter.com/mm5gEHcwmu

Siliguri residents believe that the sight of combat-trained women officers patrolling in scooters in sensitive areas of the city will undoubtedly boost the confidence of women and allow them to move about freely while ensuring their safety and security.

Dr Vidyawati Agarwal, an educator who works as an assistant professor of Political Science at Siliguri College told Republic World, "With patrolling in areas like bus stands, near schools and colleges, where eve-teasers tend to flock, the safety of women will undoubtedly increase. This is a good initiative."

Dr Minerva Subba, a dental surgeon based in the city, feels the same way. Reiterating Dr Agarwal's words, she said, "It's a really good initiative by the police to start its own female squad. Young girls and women will now feel more safe and secure."

It should be mentioned here that the Siliguri Municipal Corporation (SMC) provided the SMP with 11 scooters for the Tejaswini squad. Lauding the initiative, SMC member Ranjan Sarkar, said, "The initiative will help elevate Siliguri to becoming a city that is known for providing safety and security to women." He added that the SMC will provide five more scooters for the combat-trained women squad. While speaking to Republic World, Sarkar also informed that the SMC has received a proposal from the SMP to launch a men's motorcycle police squad to patrol the streets of Siliguri and prevent mischief mongers from committing any form of crime.

SMP's combat-trained women squad bears semblance to Delhi Police's Tejaswini, launched in June, this year. As part of the initiative, 46 women constables were deployed in the crime-infested and sensitive areas, including JJ clusters of Jahangirpuri, Shakurpur, Pitampura, metro stations, schools and colleges.