What Is Krishi Udan 2.0? Here's Everything You Need To Know About The Scheme

The Krishi UDAN 2.0 will be implemented at 53 airports across the country mainly focusing on Northeast and tribal regions and is likely to benefit farmers. 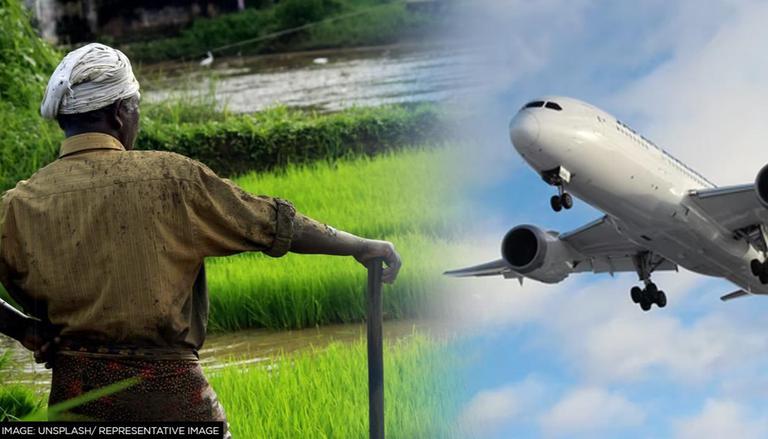 
Civil Aviation Minister Jyotiraditya Scindia on Wednesday launched the Krishi UDAN 2.0 scheme. Launching the same, Scindia informed that the scheme will lay focus on transporting biodegradable food products from hilly areas, northeastern states, and tribal regions across India. The minister claimed that the scheme was proof of the government’s commitment towards doubling farmers income.

Speaking about Krishi UDAN 2.0, the Minister highlighted the government's attempt of reaching the remotest areas across the country and to search for perishable commodities. "To penetrate deeper into the hinterland, to be able to provide value especially for perishable commodities, our ministry has embarked on Krishi Udaan 2.0 scheme," Scindia said. Under Krishi UDAN 2.0 scheme, the Ministry of Civil Aviation will be providing a full waiver on landing, parking, terminal navigation, and landing charges, and route navigation facilities' charges for domestic airlines.

According to a release by the Ministry of Civil Aviation, the Krishi UDAN 2.0 will be implemented at 53 airports across the country mainly focusing on Northeast and tribal regions and is likely to benefit farmers, freight forwarders and Airlines. The ministry plans to pilot the scheme for 6 months first before introducing amendments based on the results of the evaluation and consultations with other stakeholders.

As per the ministry’s release, the scheme will look at facilitating and incentivizing the movement of Agri-produce by air transportation. Meanwhile, the scheme will also strengthen cargo-related infrastructure at airports and off airports, by facilitating the development of a hub and spoke model and a freight grid. Airside transit and transhipment infrastructure will be created at Bagdogra and Guwahati airports, and at Leh, Srinagar, Nagpur, Nashik, Ranchi, and Raipur airports as a part of a focus on NER, Tribal and Hilly Districts.

“Concessions sought from other bodies: Seek support and encourage States to reduce Sales Tax to 1% on ATF for freighters / P2C aircraft as extended in UDAN flights. Resources-Pooling through establishing Convergence mechanism: Collaboration with other government departments and regulatory bodies to provide freight forwarder, airlines and other stakeholders with Incentives and concessions to enhance air transportation of Agri-produce,” the release said.

Under Krishi Udan 2.0, an online platform named E-Kushal would also be developed to facilitate information dissemination to all stakeholders regarding the transportation of agricultural produce. The ministry has also proposed convergence of E-Kushal with the National Agriculture Market (e-NAM). Currently, the scheme has drawn for a timeline lasting till 2025 and will be planned further based on the result of the pilot.