WHO Rubbishes 'Indian Variant' Name For B.1.617 COVID Strain; 'not Named After Countries' 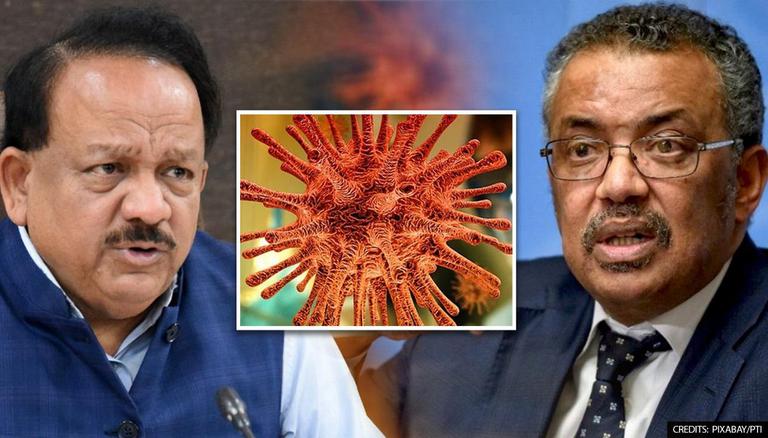 
In the latest development, the World Health Organization (WHO) has clarified that it does not identify viruses or their variants on the name of the country where it was first reported. The WHO's clarification came after certain quarters of media reported that the B.1.617 variant of the novel coronavirus was identified as the 'Indian variant' by the global health body. Taking to Twitter, WHO stated that it referred to the virus and its variants by its scientific name and requested all to follow the same in order to remain consistent.

Clarifying its stance on the 'B.1.617' being dubbed the 'Indian variant', the Centre had just a short while earlier issued a statement pointing out that the WHO has not classified the deadly variant as an “Indian Variant”, but classified it as a 'variant of global concern'. Centre took offence to certain media reports terming it the 'Indian variant' claiming these reports are without any basis, and unfounded. It also added that the word “Indian” has not been used in the 32-page WHO document. WHO South-East Asia too confirmed that 'WHO does not identify viruses with names of countries they are first reported from'.

WHO says variants not identified with where it was reported first

WHO does not identify viruses or variants with names of countries they are first reported from. We refer to them by their scientific names and request all to do the same for consistency. @PTI_News @PIB_India @ANI @timesofindia @htTweets @IndianExpress @the_hindu @MoHFW_INDIA

B.1.617 is the fourth variant of global concern

The B.1.617 variant of the novel coronavirus is the fourth mutation of SARS-CoV-2 that has been designated by the WHO as one of the global concern that requires comparatively more tracking and analysis. The other three variants of global concerns were first discovered in the UK, South Africa and Brazil. Dr Maria Van Kerkhove, Technical lead COVID-19 at the WHO had said that “B.1.617 virus variant that was first identified in India has been classified as a variant of interest by WHO.” She reportedly also said that the United Nations (UN) health agency requires much more information about the B.1.617 variant and all of its sub-lineages.

READ | 'WHO has credibility problem': Expert panel's push for more WHO powers comes under scanner

World Health Organisation (WHO) Chief Scientist Soumya Swaminathan on Monday (local time) told ANI that several studies are ongoing in India in a bid to examine the variant’s transmissibility, the severity of the disease it causes and the response of antibodies in the people who have received COVID-19 vaccines. Swaminathan reportedly called for more genome sequencing in India to get a more enhanced picture of what is presently happening amid the COVID-19 pandemic in other parts of the country.

The World Health Organization (WHO) on May 11 said that the COVID-19 vaccines, therapeutics and diagnostics “continue to be effective” against the B.1.617 variant of the novel coronavirus. WHO representative to India, Dr Roderico H Ofrin said that based on the present information of the SARS-CoV-2 that causes COVID-19 and its ‘double mutant’ variant, the existing treatments are able to neutralise the pathogen. Recently, the variant identified in India has been classified as a variant of global concern with some initial studies showing that it is more infectious and spreads more easily.

READ | WHO says COVID-19 vaccines 'effective' against B.1.617 variant first discovered in India
READ | 'Door-to-door vaccination of elderly could have saved many lives': Bombay HC tells Centre
First Published: 12th May, 2021 20:39 IST
SUBSCRIBE TO US

WE RECOMMEND
WHO Official says few restrictions accelerate COVID, asks India to 'protect health system'
MoS Reddy says 'no one, including WHO' was able to predict second COVID-19 wave's effect
WHO to provide 4,000 oxygen concentrators to India to combat COVID-19 crisis
WHO classifies Indian B.1.617 COVID strain as 'variant of global concern'
WHO hails Uttar Pradesh Model of testing, tracing & surveillance for COVID cases