'Will Head To Delhi If Memorandum Not Accepted': Tikait claims No Politics In Protest

"We were not allowed to submit the memorandum, This has happened for the first time in the country that memorandum is not being taken," said Rakesh Tikait. 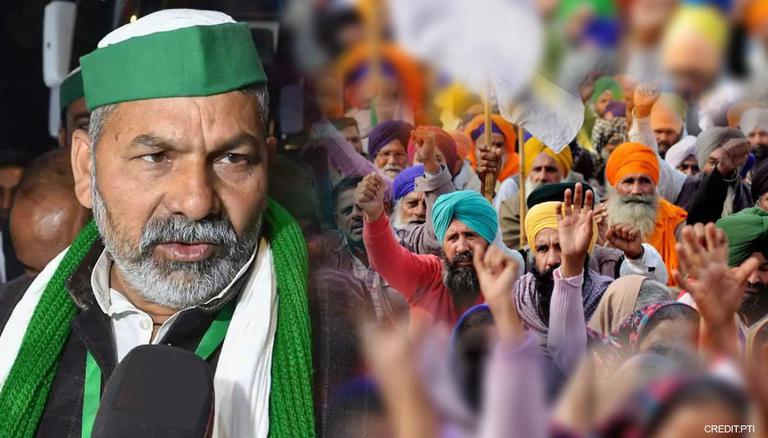 
As farmer unions have set out to march to the Raj Bhawans' to submit a memorandum against the three farm laws, Bharatiya Kisan Union (BKU) spokesperson Rakesh Tikait claimed that they were not allowed to submit their memorandum to the Governor. He said that if the memorandum will not be received by the LG-Governor then the farmers will head to Delhi. On Saturday, the Samyukta Kisan Morcha-- the umbrella body of over 40 farmer unions decided to stage demonstrations across Raj Bhawans all around the country on Saturday. The protest called by the farmer unions has been given to mark seven months since they started their agitation against the Centre's three farm laws on Delhi's borders.

'Will head to Delhi if the memorandum is not accepted': Rakesh Tikait

"We were not allowed to submit the memorandum. The police did not let the farmer group submit their memorandum in Delhi and Dehradun. This has happened for the first time in the country that memorandum is not being taken. Is the governor also speaking BJP's language? He belongs to the country and not to some party. Our people are sitting at the civil lines metro station and protesting," said Rakesh Tikait.

'No politics in our protest': Rakesh Tikait

BKU leader further said that there is no politics in their protest as it is a farmers' issue. The farmers want the three agricultural laws to be repelled, he added.

"We want the government to listen to us. I can talk to them but definitely not over a phone call. I still have faith in the govt that they will call us to talk again. We want these laws to be repelled. There is no politicization in our protest, it still remains to be our (farmers) issue. We will speed up our movement across the country, once the COVID guidelines are relaxed." he said.

The farmers have planned to move to the governors' houses and plan to hand over the memorandum in order to convey their message to the President for repealing of three laws. In Delhi, heavy barricading has been done outside and in the premises of the Lieutenant Governor's house. In addition, many places have been sealed in order to control the crowd. Police sources have stated that over 50-100 people will likely show up at the L-G's residence. The farmers have also confirmed the same and said that they will be coming to put forth their memorandum that will be sent to the President.

Impasse over the farm laws

Union Agriculture Minister Narendra Singh Tomar on Friday expressed willingness for talks over the agrarian laws amid 7 months since the start of the farmers' protest. The talks between the Union government and the farmers' unions were at a standstill as the farm associations refused to agree to the Centre's proposal for suspending the implementation of the aforesaid legislation for one and a half years. The divide between the two sides further exacerbated on January 26 after the farmers' tractor rally turned violent resulting in 510 Delhi police personnel getting injured and extensive damage to public property. While the Supreme Court has stayed the implementation of the farm laws, a committee appointed by the apex court submitted its report pertaining to the legislation in a sealed cover on March 19. The three farm laws directed by the government are: