This was the last sortie flown by ACM Dhanoa in a fighter aircraft before his retirement. They took off around 1130h for a 30 min sortie.

Indian Air Force Chief Air Chief Marshal BS Dhanoa and Wing Commander Abhinandan Varthaman on Monday flew a sortie in a MiG-21 fighter aircraft. Last week, Abhinandan had resumed flying operations, sources said. In the video, Abhinanadan was seen taking position of his aircraft along with IAF chief BS Dhanoa. As the fighter aircraft prepareds for the flight both the men checks various functioning of the aircraft. The two can then be seen flying the MiG 21 aircraft high up in the air. After the sortie, IAF chief Dhanoa and Abhinandan comes out of the aircraft and salutes. Notably, the Indian Air Force Chief who flew the MiG 21 aircraft with Abhinandan was also a MiG-21 pilot. He had flown the planes during the 1999 Kargil war while commanding the 17 Squadron during the war. Below are the pictures:

#LeadingFromFront: Chief of the Air Staff ACM BS Dhanoa flew a sortie with Wg Cdr Abhinandan Varthaman at Air Force Station Pathankot today in a MiG-21 trainer aircraft.
This is the last sortie flown by the ACM BS Dhanoa in a fighter aircraft before his retirement. pic.twitter.com/qmGxZz3L72 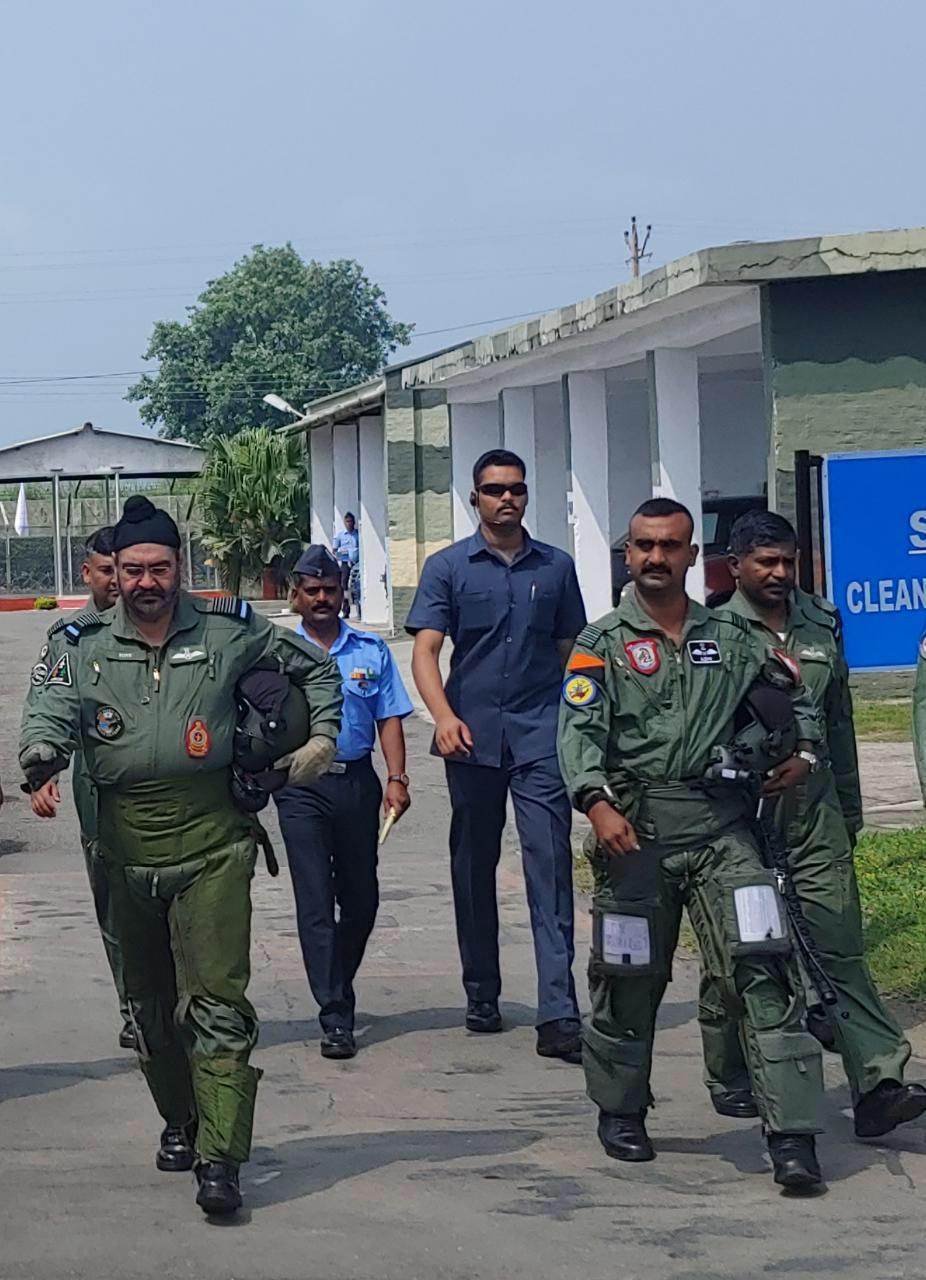 Abhinandan who displayed extreme valour after shooting down a modern Pakistani F16 jet during the Indo-Pak air skirmish a day after the February 26 Balakot airstrike, was captured by Pakistan. He spent days in Pakistan's custody when his MiG-21 aircraft was shot down by the Pakistan Army. He was released on March 1, 2019, by the Pakistan forces and was formally escorted into India at the Wagah Border. This was done as per the Geneva Convention agreement.

Honouring Abhinandan's bravery, the President's office issued an order that the national hero will be conferred the Vir Chakra on Independence Day. The Vir Chakra is India's third-highest wartime gallantry medal. Varthaman's award was announced by the defence ministry while reading out the military awards during the Independence Day celebrations. President Ram Nath Kovind lauded his act of bravery and gallantry on the battlefield while he was captured by the Pakistani Army after shooting down a Pakistani jet and crash landing inside Pakistan occupied Kashmir (PoK) territory.

Display of valour and courage from the hero

In the high-altitude dogfight that ensued, flying a 1960s aircraft, Wing Commander Abhinandan used his close-combat R73 missile to shoot down a Pakistani F-16 - an unheard-of feat. He was released by Pakistan after 48 hours on March 1. While he was in Pakistan custody, he showed extreme courage and grace in handling the most difficult circumstances in the neighbouring country. Varthaman was captured by the Pakistani Army on February 27 after his MiG-21 Bison jet was shot down in a dogfight with Pakistani jets during aerial combat. Before his jet was hit, he downed a more technologically advanced F-16 fighter of Pakistan. Varthaman was released on the night of March 1 by Pakistan.