A young woman, fully conscious, underwent brain tumor surgery. she chanted the verses of Hanuman Chalisa while the doctors operated on her. 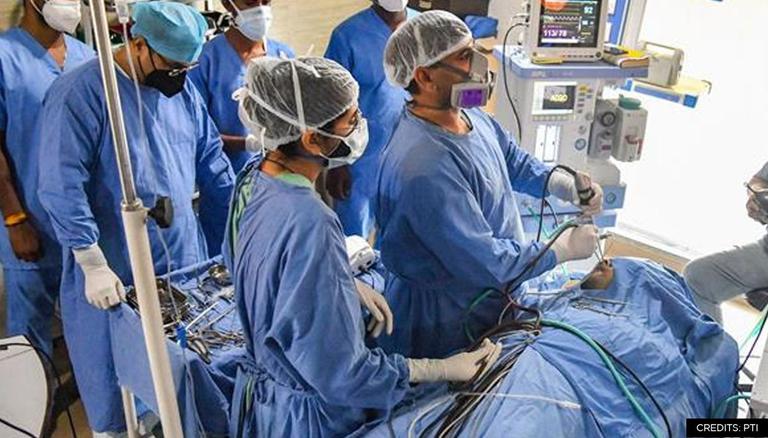 
A fully conscious patient at All India Institute of Medical Sciences (AIIMS) Delhi underwent brain tumor surgery, also known as an awake craniotomy, in medical terms. The young patient recited the verses of the Hindu devotional hymn Hanuman Chalisa while undergoing the surgery. Several similar incidents have been recorded throughout the years.

The 24-year-old patient underwent a complex surgery at AIIMS Delhi. The surgery involves the doctors removing the brain tumor while the patient stays awake in order to avoid brain damage. During the surgery, devotional verses from Hanuman Chalisa were heard in the operation theatre.

From the Department of Neurosurgery, Dr Deepak Gupta told ANI that the young patient remained conscious throughout the entire three-hour-long surgery. During a crucial part of the operation, the patient recited Hanuman Chalisa. Dr Gupta, who was a part of the operating team as well, further added that the woman was injected local anesthesia for scalp block and was given painkiller medicines. Following the successful operation, the young patient is currently under medical supervision and will be granted discharge from the hospital on Saturday, July 24.

AIIMS in Delhi has had a record of carrying out more than 500 similar procedures for the past 20 years, according to AIIMS authorities. A similar case was recorded in December 2018 in a Jaipur hospital. A 30-year-old patient suffering from epilepsy seizures underwent an awake craniotomy in order to prevent losing his speech ability.

READ | AIIMS Delhi to start second dose trial of COVAXIN on 2-6 year-olds by next week: Sources