Every year August 10 is celebrated as World Lion Day with an aim to enhance awareness and gathering support for depopulation and protection of endangered lions. 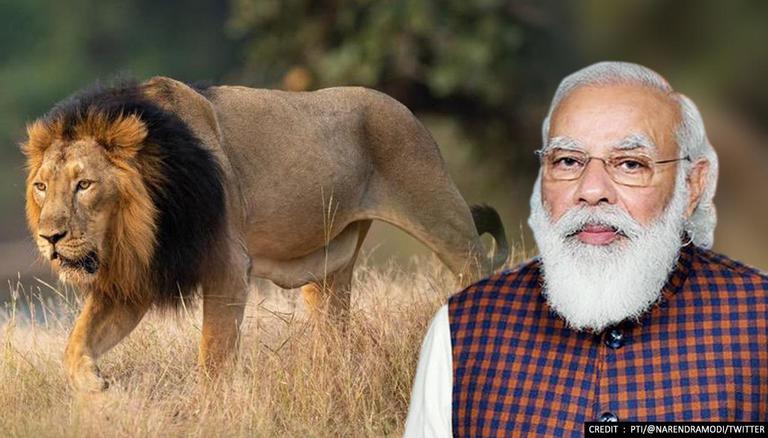 
On the 'World Lion Day', Prime Minister Narendra Modi has conveyed his greetings to those 'passionate about lion conservation'. Every year August 10 is celebrated as World Lion Day with an aim to enhance awareness and gathering support for depopulation and protection. PM Modi said India's lion population has seen a steady increase in the last few years and the country is 'proud to be home to the Asiatic Lion'.

The Prime Minister further recalled his days in Gujarat when he was serving as Chief Minister as he had an opportunity to work towards ensuring safe and secure habitats for the Gir Lions.

When I was serving as Gujarat CM, I had the opportunity to work towards ensuring safe and secure habitats for the Gir Lions. A number of initiatives were taken which involved local communities and global best practices to ensure habitats are safe and tourism also gets a boost. pic.twitter.com/0VEGmh7Ygj

While conveying his greetings on the World Lion Day, PM Modi revealed that India has seen a growth in India’s lion population in last few years.

The lion is majestic and courageous. India is proud to be home to the Asiatic Lion. On World Lion Day, I convey my greetings to all those passionate about lion conservation. It would make you happy that the last few years have seen a steady increase in India’s lion population. pic.twitter.com/GaCEXnp7hG

Lions are listed as endangered by the International Union for Conservation of Nature (IUCN) Red List. India is home to the Asian lion with four Royal Bengal tigers, the Indian leopard, the clouded leopard, and the snow leopard. According to a census conducted by the Gujarat government last June, there has been a rise of magnificent big cats. India recorded a record 29 per cent increase in lion populations from 523 in 2015 to 674 in 2020. The report also states that its distribution has expanded from 22,000 square kilometers in 2015 to 30,000 square kilometers in 2020.

In the last 100 years, lions have disappeared from more than 80 per cent of its historical range. The animal currently exists in more than 25 African countries and one Asian country. According to a recent survey, that number has dropped from about 30,000 to about 20,000. Their conservation also helps protect natural forest areas and habitats, which in turn helps manage biodiversity.

The Government of India has taken several initiatives to protect the King of the Jungle. However, their population growth and depletion of forest coverage and natural habitats have brought them closer to humans as they have begun adventures far away from protected areas in search of prey and territory. According to environmentalists, if these majestic predators are unprotected, the interrelated ecosystems of various other species and regions will be disrupted.