The Sports Ministry stated that "since the matter pertains to the well being of athletes, the Ministry has taken a very serious view of the matter." 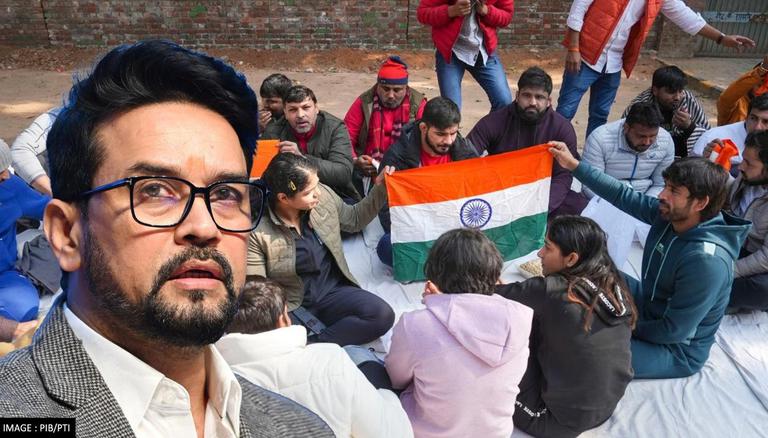 
Taking cognisance of the protest staged by the country's top wrestlers against Wrestling Federation of India (WFI) president Brij Bhushan Sharan Singh, the Sports Ministry has sought an explanation from the WFI and has also directed it to furnish a reply within the next 72 hours on the allegations made against the body.

The Sports Ministry further said if WFI fails to furnish the reply within the next 72 hours, the Ministry will proceed to initiate action against the federation in terms of the provisions of the National Sports Development Code, 2011.

"Further, the Women National Wrestling Coaching camp, which was due to start in Sports Authority of India's National Centre of Excellence (NCOE) in Lucknow from January 18, 2023, with 41 wrestlers and 13 coaches and support staff, has been cancelled," Sports Ministry said in a statement.

The ministry has directed the National Centre of Excellence (NCOE) Lucknow Executive Director to provide all facilities to national campers who have already reported and likely to report, till the campers depart from the centre.

"Necessary information regarding cancellation of the National Coaching Camp has also been sent to all campers," it said.

Top wrestlers, including Olympic medallists Sakshi Malik and Bajrang Punia, on Wednesday, staged a protest against WFI chief Brij Bhushan Sharan Singh's "dictatorship". Stating that the federation is being run in an arbitrary way, wrestlers said that will not take part in any international contest till Singh is sacked.

World Championship medallist Vinesh Phogat also accused the WFI chief of sexual harassment. "I know at least 10-12 women wrestlers who have told me about the sexual exploitation they faced at the hands of the WFI President. They told me their stories," she said while clarifying that she herself has not faced such exploitation.

Meanwhile, Singh has denied sexual exploitation charges and asserted that issues arose when the new rules and regulations were brought in.