The 12th World Trade Organization (WTO) ministerial meeting will take place between June 12-15 at the WTO headquarters in the Swiss town of Geneva. 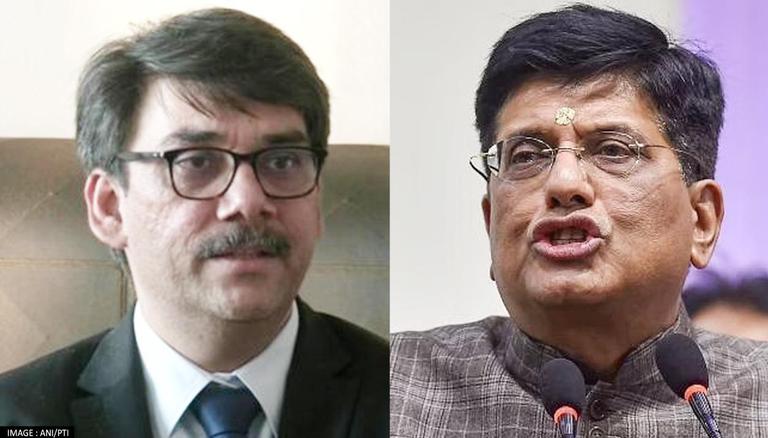 
Amid the ongoing debate over reaching an agreement on fisheries, developing as well as developed countries are all set for a face-off at the 12th World Trade Organization ministerial meeting on June 12, Sunday. Notably, the meeting will take place between June 12-15 at the WTO headquarters in the Swiss town of Geneva.

On the first day of the meeting, Union Minister of Commerce and Industry Minister Piyush Goyal will arrive in Geneva to attend the WTO meeting. During this while, he will be attending a close door session on challenges to the multilateral trading system where he will also be delivering a speech during the session.

Notably, the meeting comes at a time when a clear divide has emerged with WTO trying to negotiate an agreement on fisheries, while India has specified that it is the developed world that is responsible for the depletion of marine resources and thus India will not compromise on subsidies to its fishermen.

''Will not bend on subsidies for fishermen": India

Speaking on the same, a permanent representative of India to WTO, Brajendra Navnit spoke to ANI and said that India will not bend on subsidies for fishermen further noting that it is committed to protecting the rights of all traditional fishermen in the country.

“We are committed to protecting the rights of our traditional fishermen, we will not let any impact on their livelihood, there will be no stoppage in subsidies they are getting, this is India’s commitment and India will not bend on this", he said.

Furthermore, Navnit also said that the interest of the coalition of developing countries lies in protecting its small and traditional fishermen and thus they won't like any discipline in their own water but instead seek policy scopes for physical growth.

“They have not engaged in the distant water fishing and they have restrained them to fish sustainably in their own water for livelihood purpose and would not like to take future responsibility as someone said here they were not part of the problem, the problem is created by those who are engaging by exhausting their own resources into distant water fishing. So for these set of countries, they would like to maintain kind of safety net for their small and traditional fishers, fishing on their own water they should not be under any subsidy discipline regime,” he added.

Members of the World Trade Organization have been negotiating rules to prohibit subsidies that threaten the sustainability of fishing that would further help to ensure the sustainable use and conservation of marine resources. This comes as a role entrusted to the WTO for fixing rules on fisheries subsidies.

Later, it was on the 15th of July last year when all the ministers assembled on this subject where the representative ministers of 82 countries out of 120 odd countries were supporting India on policy space for the future.