YouTube India website has banned a Punjabi song titled 'Farmer Power' about the farmers' protest after a legal complaint from the Government.

YouTube in India India has banned a Punjabi song about the farmers' protest after a legal complaint from the Government. The song titled 'Farmer Power' by Harsh Sidhu was released on September 25, 2020, and garnered over 1.5 lakh views but on Wednesday, the notification on the video said, "This content is not available on this country domain due to a legal complaint from the government".

While the video has been blocked, another account has released the audio of the same song and is available on YouTube. This comes even as the Centre has asked various online platforms to remove purported instigators who fanned the flames in the lead up to the Republic Day violence.

Earlier there were reports that songs like 'Asi Vadangey' (Meaning: We will break you) by Himmat Sandhu and 'Ailaan' by Kanwar Grewal which had over 60 lakh views were blocked but they are still available on YouTube. For over two months, thousands of farmers have been protesting at the Delhi borders seeking the repeal of three farm laws passed by the Parliament. At present, the Supreme Court has stayed the implementation of the farm laws and formed a committee to resolve the ongoing impasse. 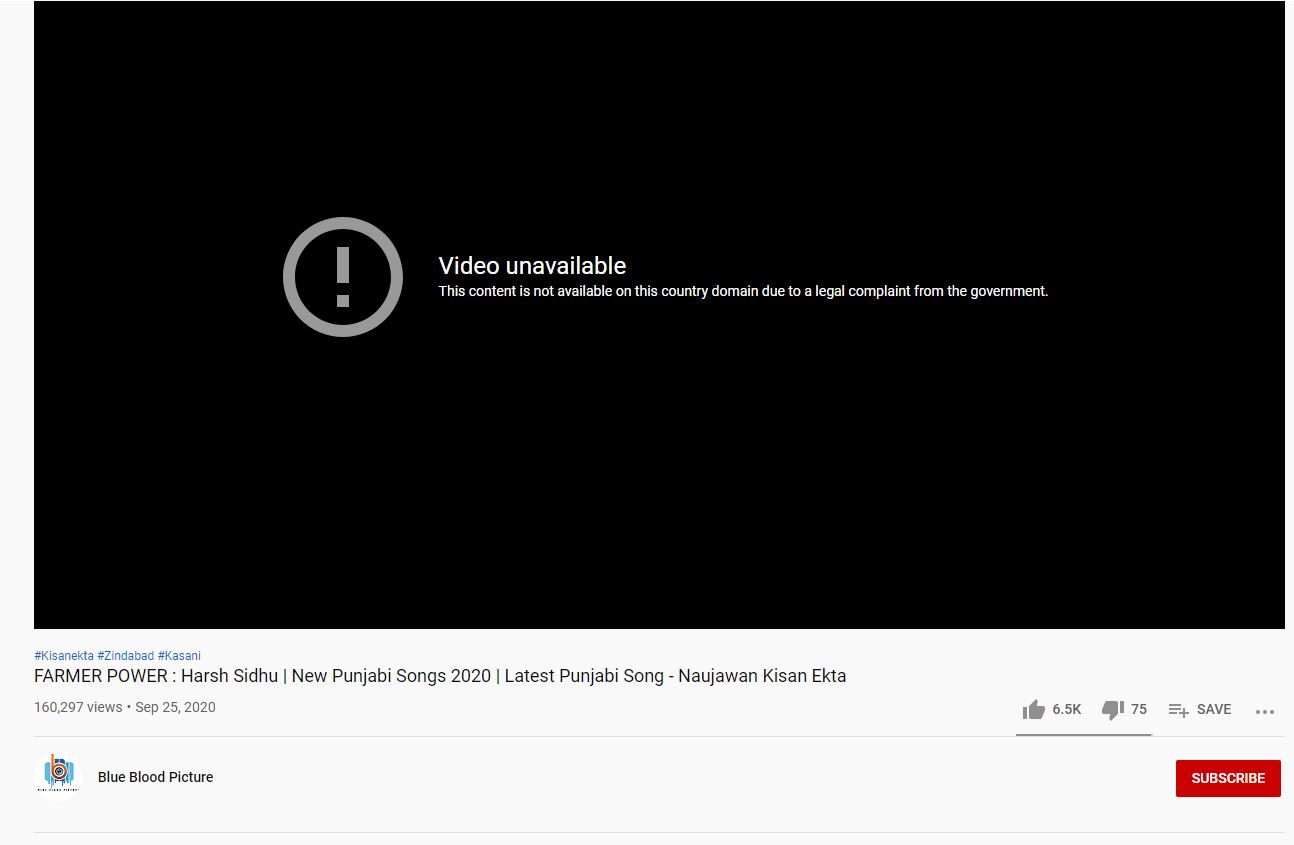 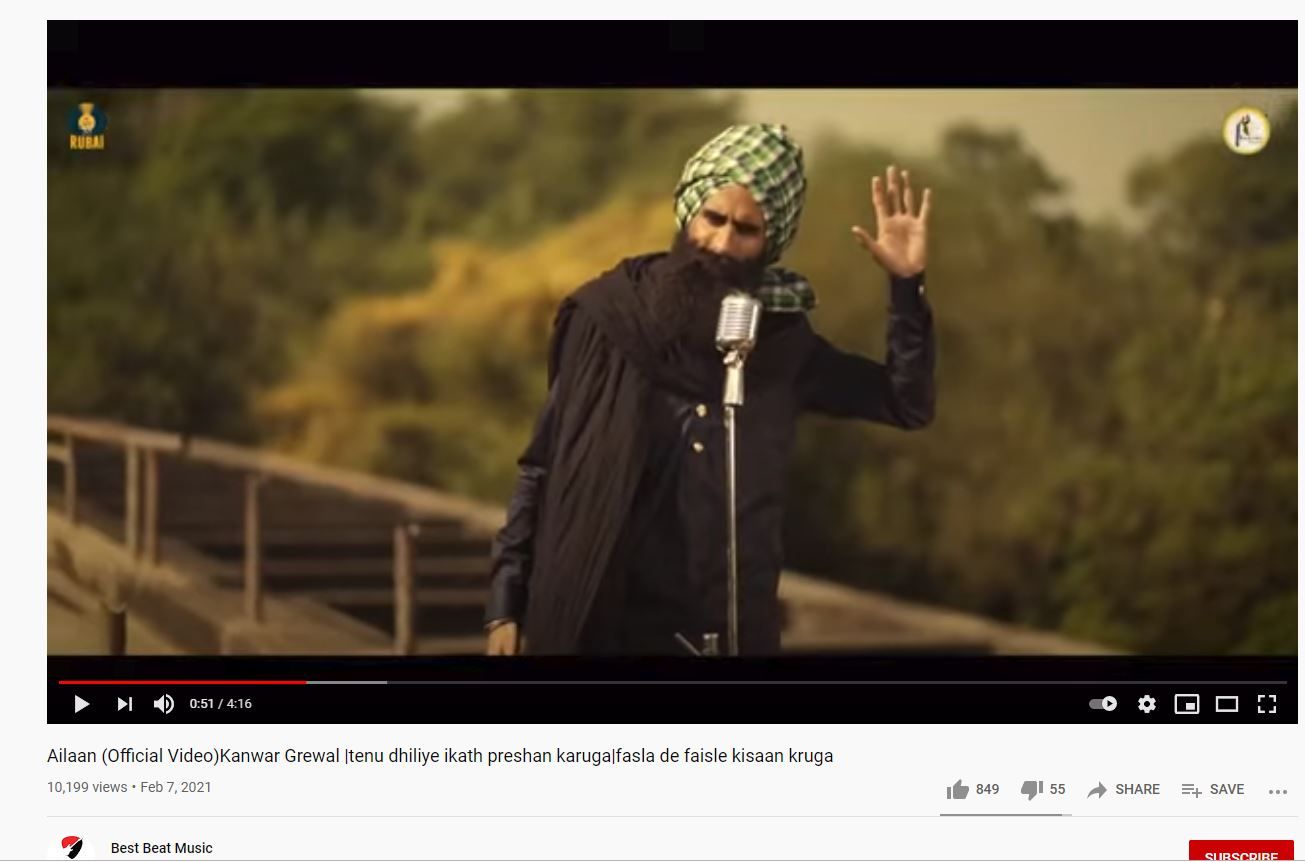 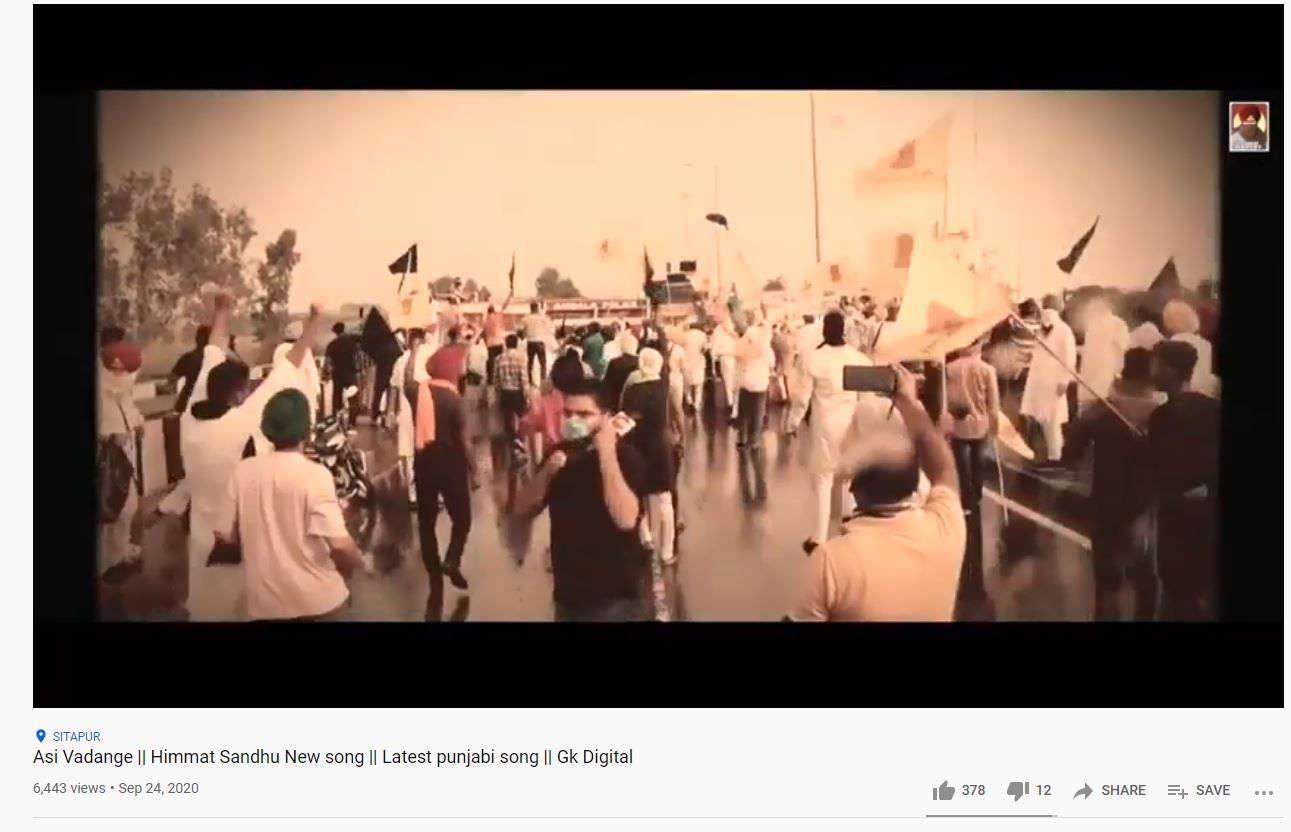 Meanwhile, in a hint at de-escalating tensions with protesting farmers, Delhi police on Monday has withdrawn additional forces from the city's borders at Singhu, Tikri and Ghazipur, according to ANI. Delhi police has reportedly instructed additional forces to go back to their respective units and districts, as per an internal communication. Farmers continue to demand repeal of Centre's three Agriculture Laws, protesting at Delhi's borders in Singhu, Ghazipur and Tikri for 74th consecutive day.

The deployment of the police force was increased in the Delhi borders following the violence during the farmers' tractor rally on January 26.

After 11 rounds of Centre-farmer talks, the two parties failed to reach a middle ground on Friday after a five-hour meeting with the associations refusing to agree to the Centre's proposal for suspending the implementation of the aforesaid legislation for one and a half years. Union Agriculture Minister Narendra Singh Tomar categorically said that the Union government is ready for another meeting only if the farmers want to discuss this proposal. The Supreme Court has stayed the three laws and constituted a 3-member panel to hold talks with farmers. While Centre has welcomed this move, farmers have refused to participate in it, insisting to talk only with the Centre. The Modi government, led by the Prime Minister, has continued to assure farmers that neither MSP nor Mandis will be done away with, that the new farm laws constitute an option and not a mandate.

WE RECOMMEND
YouTube takes down Punjabi song allegedly instigating farmers after Centre's complaint
What is BHM on YouTube? Who created the YouTube BHM logo? Know details
YouTube Shopping Feature: YouTube tests out new shopping feature on the application
YouTube ban: Google extends suspension of Donald Trump's channel 'indefinitely'
Where to watch 'Absolute Proof'? Is it available on OTT platforms like Netflix and Prime?