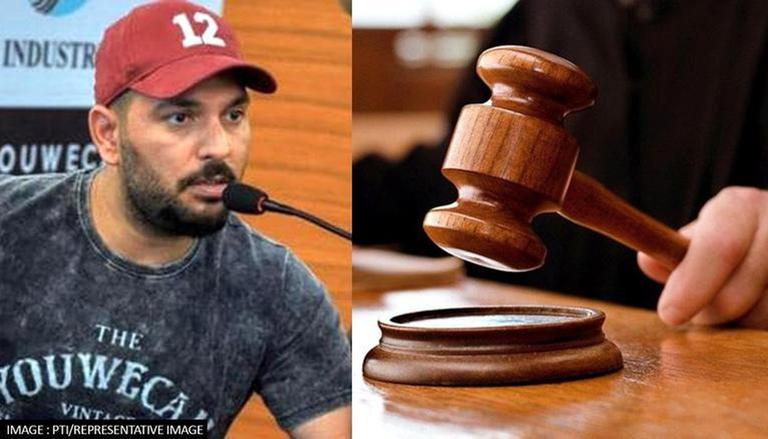 The Punjab & Haryana High Court has ordered the Haryana Police to release former Indian cricketer Yuvraj Singh on bail if he is arrested on joining the probe in the casteist remarks case. The Bench headed by Justice Amol Rattan Singh was hearing Yuvraj Singh's plea seeking quashing of the FIR against him over his alleged casteist remark against his former teammate Yuzvendra Chahal during an Instagram chat last year.

Releasing a detailed order in the case on Tuesday, the Punjab and Haryana High Court noted that the Haryana Police is seeking only a “formal arrest” of the Yuvraj Singh in the case. Hence, if the investigating officer arrests the cricketer after he joins the probe, he would be released on interim bail upon furnishing bail and surety bonds, the court stated. Notably, on October 10, the High Court asked Yuvraj Singh to appear before Haryana police in a case. The matter has been adjourned for further hearing on November 18.

Earlier in February, the Haryana Police charged the former Indian cricketer for making 'objectionable remarks' against a particular caste. The 2011 World Cup winner was booked under sections 153, 153(a), 505, 295 of the IPC and also relevant sections of the SC/ST Act. Yuvraj Singh has been booked by the Hansi police after an enquiry into the complaint registered last year which alleged that the former cricketer had used a casteist slur against Indian cricketer Yuzvendra Chahal.

A complaint was lodged against Yuvraj Singh last year by a Dalit activist Rajan Kalsan for allegedly using a 'casteist slur' to refer to his former teammate Yuzvendra Chahal. Following the incident, the former India cricketer had faced severe flak on social media. The incident took place in April 2020 during a live session with current India vice-captain Rohit Sharma. The complaint registered in June had alleged that the cricketer's remarks were intentional and degrades and defames the Dalit community.

The complainant also alleged that the remarks were meant to provoke the community in an attempt to create unrest hurting social sentiments of the country. "I request you to press appropriate charges against Yuvraj Singh and arrest him," the written complaint to Hisar police read.

Soon after facing outrage over the incident, Yuvraj Singh had issued a public statement expressing regret over the statement. The former Indian all-rounder had also added that he has never believed in disparity on any basis.

This is to clarify that I have never believed in any kind of disparity, be it on the basis of caste, colour, creed or gender. I have given and continue to spend my life for the welfare of people. I believe in the dignity of life and respect each individual without exception.

I understand that while I was having a conversation with my friends, I was misunderstood, which was unwarranted. However, as a responsible Indian I want to say that I have unintentionally hurt anybody's sentiments or feelings, I would like to express regrets for the same.

My love for India and all its people is eternal"