Zakir Naik apologised in Malaysia for his racist comments after being q​uestioned by the police. He also said he won't return to India under the Modi rule. ​

Controversial Islamic preacher Zakir Naik has apologised for his hate speech in Malaysia on Monday. Naik had made racially-insensitive remarks in his recent speech about Chinese and Indian populations living in Malaysia, where has received permanent residency.

Naik has apologised for his comments and that he is not a racist. His statement comes after he was grilled for the second time for ten hours at the Bukit Aman police headquarters. He was questioned under section 504 of the penal code for intentional insult with intent to provoke a breach of peace after over 100 police reports were lodged against him.

He has even refused to return to India saying that he will not be accorded a fair trial under the BJP government. He also said that he is a victim of a vilification campaign by those supporting the Modi government.

Read his statement below 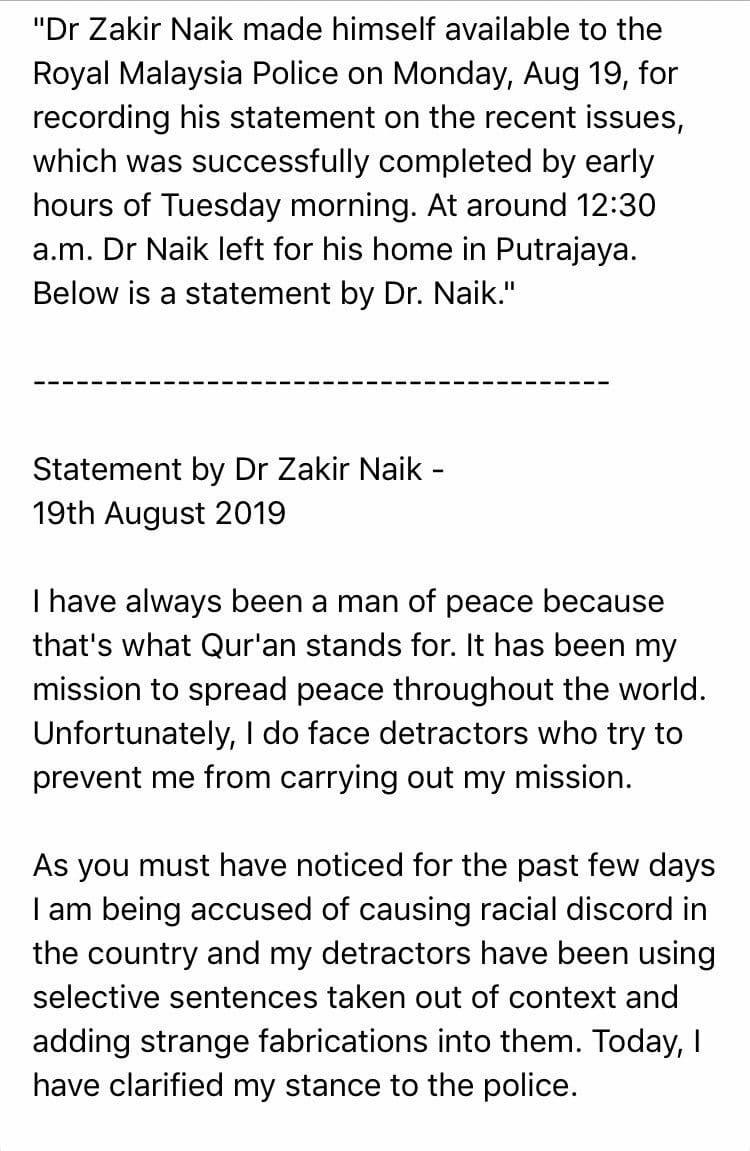 He said, "You can preach (religiously). But he wasn’t doing that. He was talking about Chinese going back to China and Indians going back to India. We are very careful about how we see things that are sensitive to the liberal community of this country. I have never said such things. But he did. That is politics. If he wants to talk about religion, go ahead. But say the right things about religion, not something cooked up."