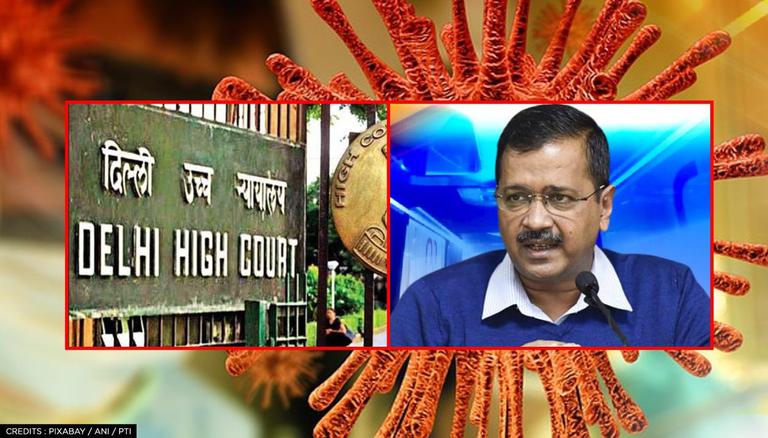 
The Delhi High Court on Monday came down heavily on CM Arvind Kejriwal-led govt over the issue of publicising and advertising information related to COVID-19, including its circulars inviting voluntary services from doctors and other medical staff at its various makeshift facilities.

"You have yourself pointed out  that there is a dearth of doctors. Let's not run away from that. There's some inertia. When there is election time, we see full page ads. Where is it now?" questioned a division bench of the High Court presided by Justices Vipin Sanghi and Rekha Palli.

"I didn't find a single insert. Why not in a leading newspaper?," the court went on to say after Advocate Satyakam appearing for the Delhi goverment showed that an advertisement was printed in a local daily. While addressing the issue of augmentation of beds, the bench went on to say, ''What's the point of having more beds if there are no doctors to see and take care of the patients.''

The court was hearing a batch of petitions related to the medical emergency situation in the national capital amidst the outbreak of the second wave of COVID-19. The court's observation came in after the Delhi government had put up advertisements inviting doctors to volunteer only in few publications.

Moving next on to the issue relating to the allegations against AAP lawmaker Imran Hussain for hoarding oxygen cylinders, the court questioned Hussain as to where has he procured these cylinders and where are they being refilled. "Make a full disclosure. If you are doing a good voluntary service, please do it but if you are taking it from Delhi's allocated quota of oxygen, you are  doing it for your own publicity," the bench said.

Appearing for Hussain, senior Advocate Vikas Pahwa told the court that though the cylinders were procured from Delhi, the refiling is being done from Faridabad. "Ten cylinders we have taken from Delhi, refilling is being carried out in Faridabad,'' Pahwa said. "I'll submit the relevant documents to the amicus," the senior advocate submitted further.

Meanwhile, going through the report submitted by Amicus Curiae Rajshekhar Rao, the bench directed the Delhi government that NPPA pricing of oxygen cylinders is being adhered to. While the issue of import and setting prices for oxygen concentrators came up before the court, the Centre through its counsel Amit Mahajan told the court that fixing a price for such concentrators is difficult as there are various types of concentrators.

During the course of the hearing, the bench also directed the Delhi government to file the status of medical equipment which were seized and also the orders passed by various DMs for release of such equipment. The seizures include O2 cylinders, concentrators, Remdesivir and some other essential medical equipment.

Amicus Curaie Rao also informed the court that he has collated a list of ambulance providers and the same is being shared with the Delhi government. He also told the bench that petrol pumps are refusing services to such ambulances on COVID duty. "You can't be denying fuel to essential services," Rao submitted. As the hearing proceeded, Rao also told the court that even the basic medicines have become difficult to procure.

"In the world of Remdesivirs, Paracetamol and Medrol has been left far behind. Even blood might be short," Rao submitted.  Following these submissions, the court asked the Delhi government to examine the said issues and directed that it shall place a report on this aspect before the court.

On the issue of foreign aids being sent to India, the court was informed that individual and small donations are not being accepted.  Responding to the Delhi HC's query on this issue, Central government standing counsel Amit Mahajan told the court that if the aid is very small, the resources might not be available to pick them up. "Flights are coming.. then the impression is that you don't value small donations. The spirit in which aid is given, you have to honour the donor...and you have flights from all places...we know where this is coming from...this is the attitude," the bench said. The hearing on the batch of issues relating to the COVID-19 conditions will continue tomorrow.