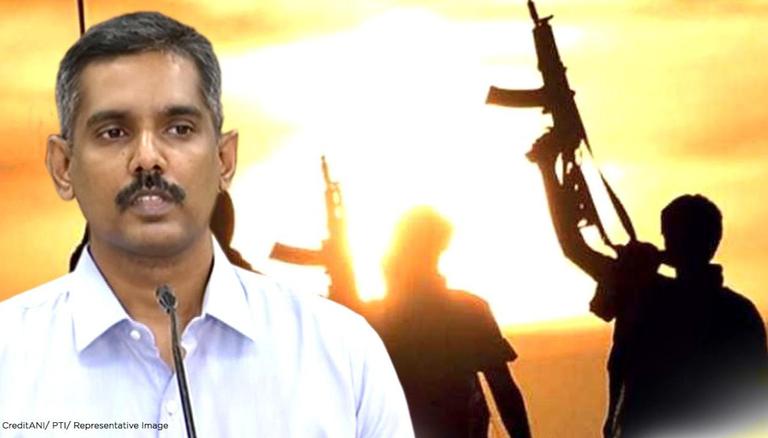 
The Kolkata Police's Special Task Force (STF) nabbed three terrorists linked to Jamaat-ul-Mujahideen Bangladesh (JMB) from south Kolkata's Haridevpur area on Sunday afternoon. The three suspected JMB terrorists were living in a rented accommodation for a few months in the middle-class locality, raising concern among the locals. They were nabbed following a tip-off, a senior police officer said.

The Kolkata Police STF have found Jihadi literature from their possession and their Facebook accounts have been analysed. V Solomon Nesakumar, joint CP of Kolkata Police STF revealed that the terrorists were using their social media accounts for radicalising Muslims and fuelling terrorist activities in India.

A handwritten diary containing names and numbers of important JMB members were also found in possession of the nabbed terrorists, he said. Investigation has started and the accused will be presented before the court on Monday, said Nesakumar.

The incident comes just hours after the Uttar Pradesh Anti-Terrorist Squad (ATS) thwarted a major terror attack by apprehending two terrorists linked to Al Qaeda, from the Kakori area of Lucknow. The terrorists reportedly planned serial blasts in various iconic places of Lucknow and across UP before Independence Day on August 15. According to sources, several high-profile politicians including MPs from the ruling Bharatiya Janta Party (BJP) were on the terrorists' hit-list.

Explosives such as pressure cooker bombs, pistol guns, semi-manufactured time bombs, and 6-7 kgs of explosives manufacturing materials were recovered from the nabbed terrorists.

"The chiefs of Al Qaeda's UP module Minaz, Shakeel had they planned serial blasts, human bombs at various parts of UP and iconic places of Lucknow before August 15. To execute this, Minaj Ahmed, resident of Ring Road Dubagga in Kakori and Naseeruddin resident of Sitapur Road, Lucknow were playing important roles. Their other accomplices are also involved in the operation. Terrorist activities could be executed anytime by them," UP DGP Prashant Kumar informed.

He added that a case is being registered by ATS and accused will be soon produced before the court.