Agnipath: Apart from 35 teams of the Bihar police, 15 teams of the Paramilitary forces have also been deployed as a part of the elaborate security steps. 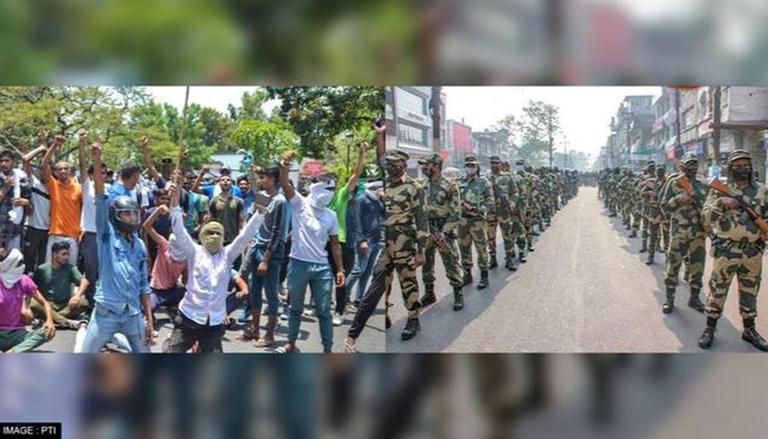 
Amid the demonstrations against the Agnipath scheme, security has been heightened in response to the call for 'Bharat Bandh' as state and central forces have been put in place at vital installations, informed Bihar Police HQ ADG, Jitendra Singh Gangwar. Notably, in strict action against the miscreants during the violence in the past days, the police has filed 159 FIRs and arrested 877 people.

"There are detailed and elaborate security arrangements put in place for the Bharat Bandh on June 20. The security at all the railway premises including the railway stations, government offices, vital installations is being monitored collectively by the relevant authorities. There are Quick Response teams, Static teams placed at various locations. Women police officers have also be deployed. Apart from the additional 35 teams of the Bihar police, 15 teams of the Paramilitary forces have also been deployed as a part of the elaborate security arrangements. The Internet services will continue to remain suspended in specific districts," said Gangwar.

Trains cancelled due to Agnipath violence

The Western Railway (WR) informed that seven trains originating and terminating at Bandra in Maharashtra and Gujarat remained cancelled and the route of two trains has been curtailed due to the violence and rail blocking against the Agnipath recruitment scheme in Bihar.

According to the Eastern Central Railway (ECR) Zone official, a train coach in Gaya, Bihar was set ablaze on June 18, however, it was separated immediately from the train. There was no passenger aboard the compartment. As soon as the Bhagalpur-New Delhi Vikramshila Express arrived on the platform on June 17, the agitators set the train on fire after asking the passengers to alight. The Lakhminia railway station in Begusarai was set on fire including the ticket counter and the waiting area, office documents and furniture.

Republic Media Network learnt the possibility of the coaching centres inciting the students for violence by spreading misinformation about the Agnipath scheme. Ever since the announcement of the military recruitment scheme by the government, the state of Bihar has witnessed violence in different parts of the state.