As per NIA's probe in relation to Amarnath Yatra, Various social media users are under the scanner as it platforms are mostly used to radicalize youth 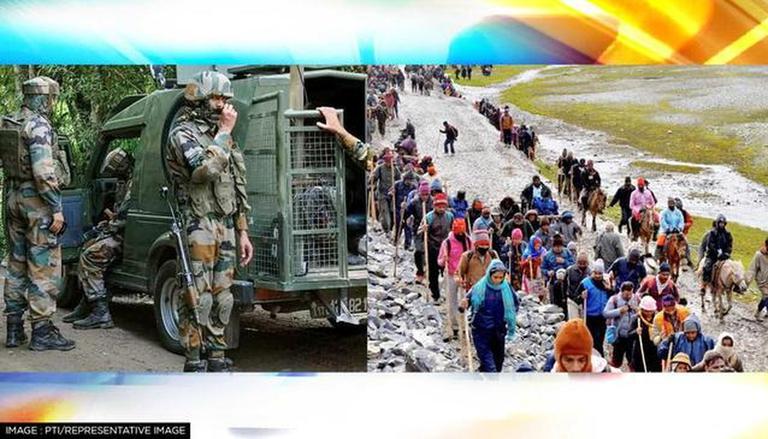 
In view of the commencement of the annual Amarnath Yatra on June 30, security arrangements have been heightened across Jammu and Kashmir following the National Investigation Agency (NIA) inputs claiming that Pakistan-based terrorist groups are planning to launch an attack on the pilgrims. On Thursday, the first batch of Amarnath pilgrims reached Nunwan Pahalgam base camp in the Anantnag district of South Kashmir. Sources informed Republic TV that in order to foil the terror attack, the NIA has been working on three angles which are:

It is pertinent to note that as Pakistani terrorists plan to launch a massive attack in the union territory ahead of the Amarnath Yatra, Republic TV has also accessed an NIA FIR stating that terror groups are planning larger attacks on the religious procession.

As per the document, terror outfits including Al Qaeda, Jaish-e-Mohammed, Lashkar-e-Taiba and Hizbul Mujahideen are hatching a conspiracy to target the Yatra in Jammu and are thus collecting weapons, IEDs, sticky bombs, cash, and other items dropped via drones from the neighbouring country. In addition to that, these terror groups are also using cyberspace to disturb communal harmony.

Anti-drone systems for the Yatra have been deployed by the security forces at the key checkpoints of the Yatra to thwart any threat from drone attacks. Over 130 sniffer dogs have been deployed on the vehicle routes that head towards the shrine to ensure a safe yatra for all pilgrims. German Shepherds, Belgian Malinois, and Labradors are the most popular breeds of sniffer dogs being used by security forces.

The 43-day Amarnath Yatra commenced on June 30 from two routes - the traditional 48-km Nunwan in south Kashmir’s Pahalgam and a 14-km shorter route from Baltal in central Kashmir’s Ganderbal - after a two-year hiatus put in force by the COVID pandemic. The Yatra is a trek through the mountains of south Kashmir Himalayas to the Holy Cave Shrine of Shri Amarnathji made available only in the months between July to August.