Uttarakhand CM Pushkar Dhami has sought the establishment of a fast-track court for speedy justice in the Ankita Bhandari murder case. 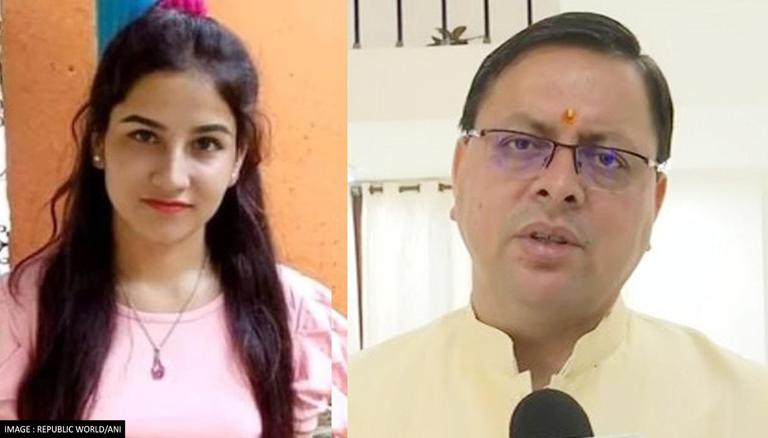 
In an update in the Ankita Bhandari murder case, 'patwari' or revenue sub-inspector Vaibhav Pratap has been suspended by Pauri Garhwal District Magistrate VK Jogdande. Pratap was on leave since the incident on September 18.

Bhandari worked at a resort at Ganga Bhogpur in the Pauri district owned by former BJP minister Vinod Arya's son Pulkit Arya. She was allegedly killed by Arya and his two accomplices for reportedly refusing to provide "special services" to guests. Her body was fished out from the Chilla canal near Rishikesh.

According to sources, when the incident was reported, Pratap went on leave. He had handed over the case to another 'patwari' Vivek, who has also been suspended by Uttarakhand Chief Minister Pushkar Singh Dhami.

"The sub-inspector is on leave since the incident on September 18. An order issued to Yamkeshwar Deputy District Magistrate to probe the matter and suspend Revenue SI with immediate effect," Jogdande said.

Uttarakhand CM Pushkar Dhami has sought the establishment of a fast-track court for speedy justice in the Ankita Bhandari murder case.

"Our government has requested the honourable court to set up a fast-track court for speedy justice in the case so that the guilty are punished as soon as possible," the Chief Minister's Office quoted Dhami in a tweet on Monday.

Stating that the safety of "daughters" was the responsibility of the state government, Dhami informed that strict action has been taken in connection with the incident.

"To ensure that daughter Ankita gets justice, the accused have been arrested and their illegal constructions demolished. We have also set up a Special Investigation Team (SIT) to probe into the incident from all angles and have the guilty punished in the strictest possible way," Dhami said.

READ | Was not even allowed to look at my daughter's face one last time: Ankita Bhandari's mother

The SIT headed by DIG P Renuka Devi has found that found the list of guests staying at the resort on the day of the crime. It is also examining CCTV footage and mobile call records, and collecting physical evidence.