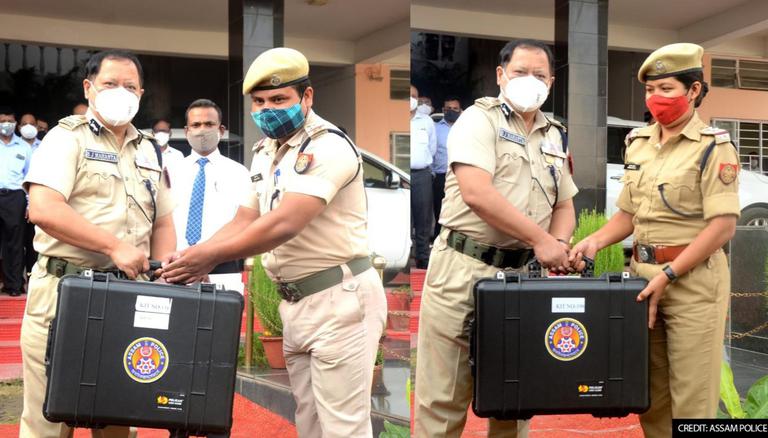 In a solemn function held at the Assam Police Headquarters in Guwahati, the Director-General of Police, Bhaskar Jyoti Mahanta, inaugurated it. Speaking on the occasion, he emphasized the need for the new institute and how it will be beneficial to both the police and the public.

"Assam is the first state in the country to initiate such measures to tackle cybercrime. Particularly in terms of setting up a separate Cyber Forensic Lab Training Center," Bhaskar Jyoti Mahanta said.

Meanwhile, in order to tackle banking frauds, the Assam Police has also initiated a helpline number for the victims. If anyone notices some unusual activities on their bank accounts, they can call 155260 and within an hour the Assam police will initiate the investigation.

The Director-General of Police also lauded the efforts of the force in tackling the drug menace in the State. It may be mentioned that in the last two months, the Assam Police have launched a series of operations against drug traffickers and peddlers and have seized drugs worth more than at least Rs 10 crore.

"The Assam police is also getting drug detection kits. With these kits, on the spot a recovered drug can be detected and one in possession can be nabbed," the DGP said.

The new addition to the Assam Police, the Cyber Forensic Lab in particular will turn into a nightmare for many criminals and anti-social elements involved in cybercrime.