On Thursday, the Bar Council of India (BCI) passed a resolution, attacking the nefarious designs by a lobby to destabilise the independence of the judiciary.

On Thursday, the Bar Council of India (BCI) passed a resolution, attacking the nefarious designs by a lobby to destabilise the independence of the judiciary. Maintaining that freedom of speech cannot be stretched to the extent of maligning the institution, it weighed in on the recent commentary pertaining to CJI SA Bobde's observations in the court while hearing rape cases. Stressing that comments made by judges not resulting in orders have no legal sanctity, it reckoned that there was no need to raise such a hue and cry. Moreover, the BCI appealed to people to not take political mileage from court proceedings of the Supreme Court.

Here is the BCI's resolution: 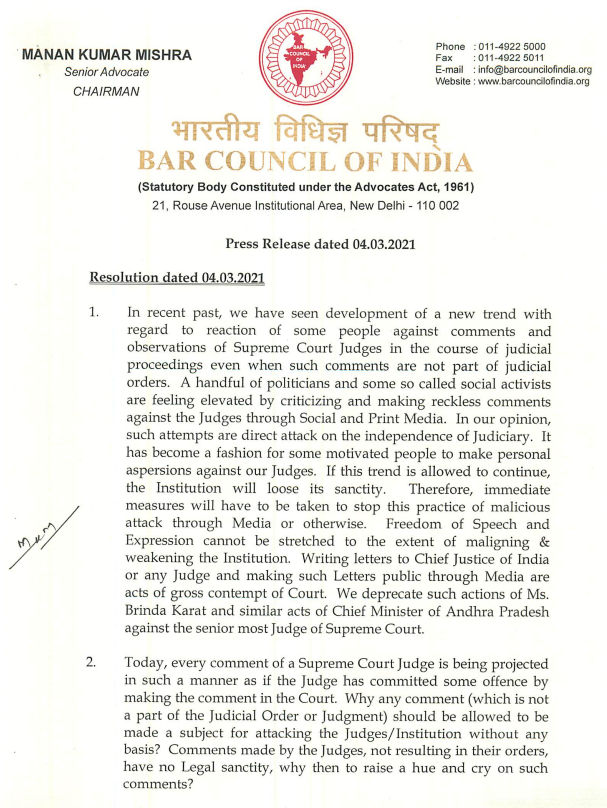 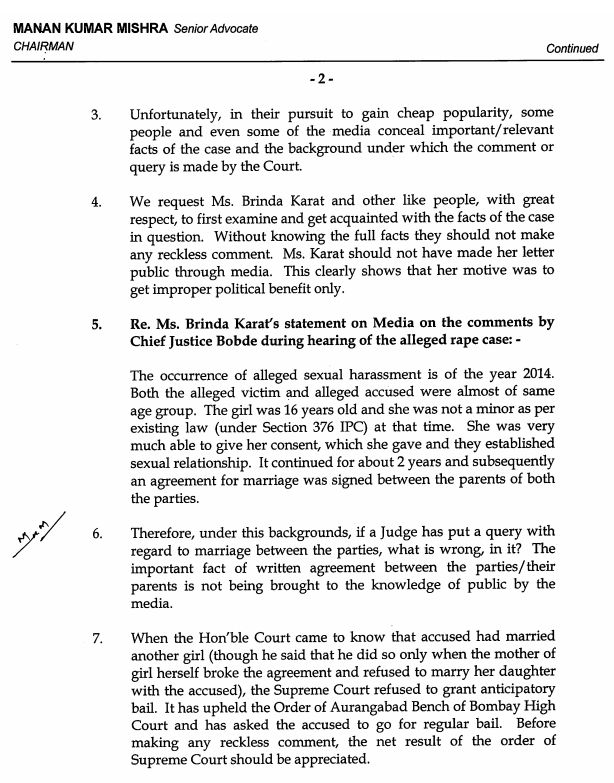 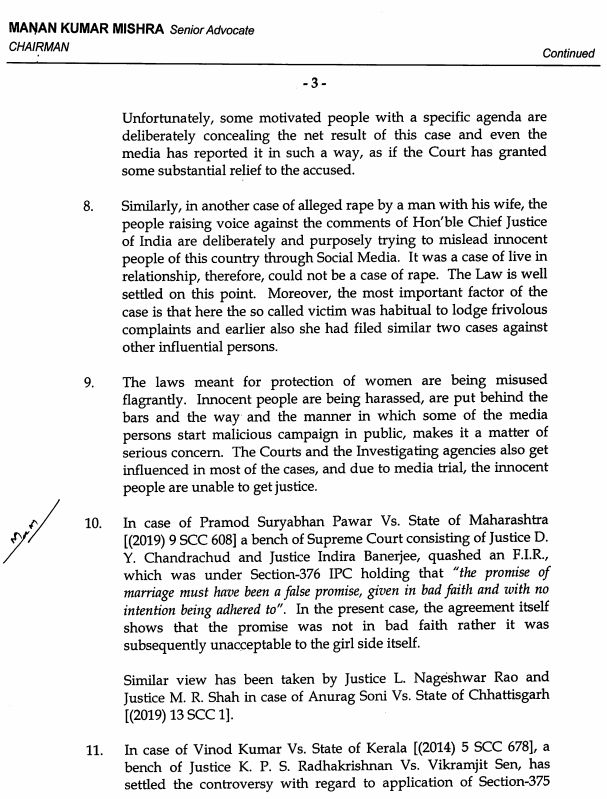 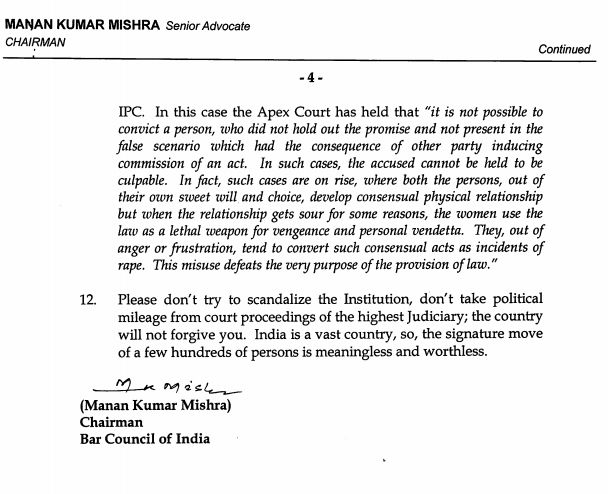 Read: SC Directs Private Hospitals To Give Priority In Admissions To Elderly Amid Pandemic

In its resolution, the BCI primarily referred to the SC's order on a plea of 23-year-old government servant Mohit Subhash Chavan, whose anticipatory bail was cancelled by the Bombay High Court. Based on the complaint of the victim filed on December 17, 2019, an FIR was registered under Sections 376, 417 and 506 of the Indian Penal Code and Sections 4 and 12 of the POSCO Act. Revealing that the accused is her distant relative, she alleged that he started stalking her when she was studying in the 9th standard in 2014-15. Furthermore, she accused him of repeatedly raping her and threatening her of consequences if this was disclosed.

While it was promised that the accused would marry the victim after she completes 18 years of age, he backed off from the promise following which an FIR was registered. Setting aside the Additional Sessions Judge's order which granted anticipatory bail to Chavan, Justice Mangesh Patil of the Bombay HC described it as "perverse, arbitrary and capricious". He expressed dismay that the judge concluded that it was a consensual relation despite noting that the victim was sexually exploited when she was a minor.

During the SC proceedings, the CJI asked Chavan's lawyer Anand Langde whether his client was ready to marry the rape victim. Seeking to address the misconceived notions regarding this, the BCI pointed out that the apex court had simply upheld the order of the Bombay HC and asked the accused to go for bail. Additionally, it explained that CJI SA Bobde had asked the query regarding marriage based on the alleged written agreement between the parents of both parties. On the occasion, the Bar Council of India also drew attention to another case where the CJI's remarks had come in for criticism.

The BCI noted, "Similarly, in another case of alleged rape by a man with his wife, the people raising voice against the comments of Hon'ble Chief Justice of India are deliberately and purposely trying to mislead innocent people of this country through social media". It added, "The law is well-settled on this point. Moreover, the most important factor of the case is that here the so-called victim was habitual to lodge frivolous complaints and earlier also, she had filed similar two cases against influential persons".