The primary spadework for the crackdown on PFI – 106 arrests, 93 locations, 15 states – was laid by the Intelligence Bureau (IB) with its decades long work. 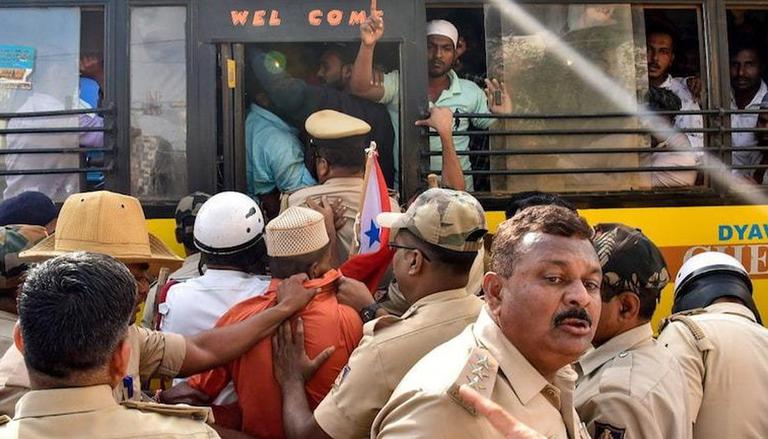 
AS cadres of Popular Front of India (PFI) tried unsuccessfully to choke normal life by a bandh call, it is emerging with some clarity that the massive swoop down of security agencies on the radical outfit was in fact a meticulously planned intelligence operation spanning months, and logistics involving thousands of security personnel from a score of agencies including state police forces.

The primary spadework for the crackdown on PFI – 106 arrests, 93 locations, 15 states – was laid by the Intelligence Bureau (IB) with its decades-long work on radical forces in the country going back to the Students Islamic Movement of India (SIMI) in 1990s, Indian Mujahideen (IM) in 2000s, and the Islamic State (IS) since 2014.

With that kind of institutional memory, the IB sleuths provided the backbone of intelligence on the targets leading to a smooth, incident-free operation despite the scale involved. A multiple agency control room was created in Delhi, mainly manned by the IB, but with officers from the relevant agencies like the National Investigation Agency (NIA) and the Enforcement Directorate (ED) embedded. Sleuths from some agencies charged with technical intelligence gathering were also integrated. The operation was carried out with express guidance from the Union Home Minister Amit Shah, overall supervision of the National Security Advisor (NSA) Ajit Doval, with IB chief Tapan Deka taking charge of the control room himself.

Giving an idea of the scale of precision with which the operation was carried out, a source familiar with the matter informed of how from lakhs of cadres, and thousands of office bearers of PFI, only those specific individuals who had a role in terror activities were picked up. “Each of those arrested are involved in terror related activities ranging from funding to organizing radicalization and training camps for gullible Muslim youth,” informed the source.

Each of the arrests has been carried out after months of meticulous evidence gathering, spotting, locating, cross referencing with records to make as tight a case as possible when it comes to courts, the source added.

Of the 106 arrests, 45 are in five terrorism related cases already being investigated by the NIA, while the rest are in cases with state police forces where PFI cadres were found to be involved. India’s nodal antiterror agency is investigating a total of 19 cases against PFI, with a dossier having been submitted to the Ministry of Home Affairs (MHA) in 2018 on why the organization should be banned. A decision to go after PFI was taken at a security review meeting of the MHA some time ago, in which a presentation was made by intelligence agencies on the scale of operations of the organization. The meeting was presided over by Union Home Minister Amit Shah, and had NSA Doval, apart from chiefs of NIA, IB, and ED present among others.

The IB particularly has been working on the terror links of PFI for some years, having played an important role in cracking the IS recruitment case of 2014 which had seen 18 Kerala youth – including some girls – traveling to Afghanistan to join the proscribed global terror network associated with Al Qaeda. Most of those youth were found to have had some links with the PFI. The IB has been running a comprehensive deradicalization program in Kerala and some other places in the country since, and resources developed during all these years came in handy for the agency in the Thursday crackdown.

“We can only tell you that we have tremendous amount of data on the activities of PFI, and their associates, both in India and abroad. Each of the suspects arrested were trailed or monitored for months. Their exact locations, possible hideouts, and quarters from where they might get support were all kept handy before the raids,” the source revealed.