Amid the nationwide lockdown cause due to the coronavirus pandemic, West Bengal BJP MP Sukanta Majumdar staged a protest against the TMC-led state govt.

Amid the nationwide lockdown cause due to the coronavirus pandemic, West Bengal BJP MP Sukanta Majumdar staged a protest against the Trinamool Congress-led state government. This protest comes after Majumdar was stopped by the police on his visit to any place within his constituency.

Majumdar also wrote a letter to the local police station asking the reasons for attempts to stop his movement. 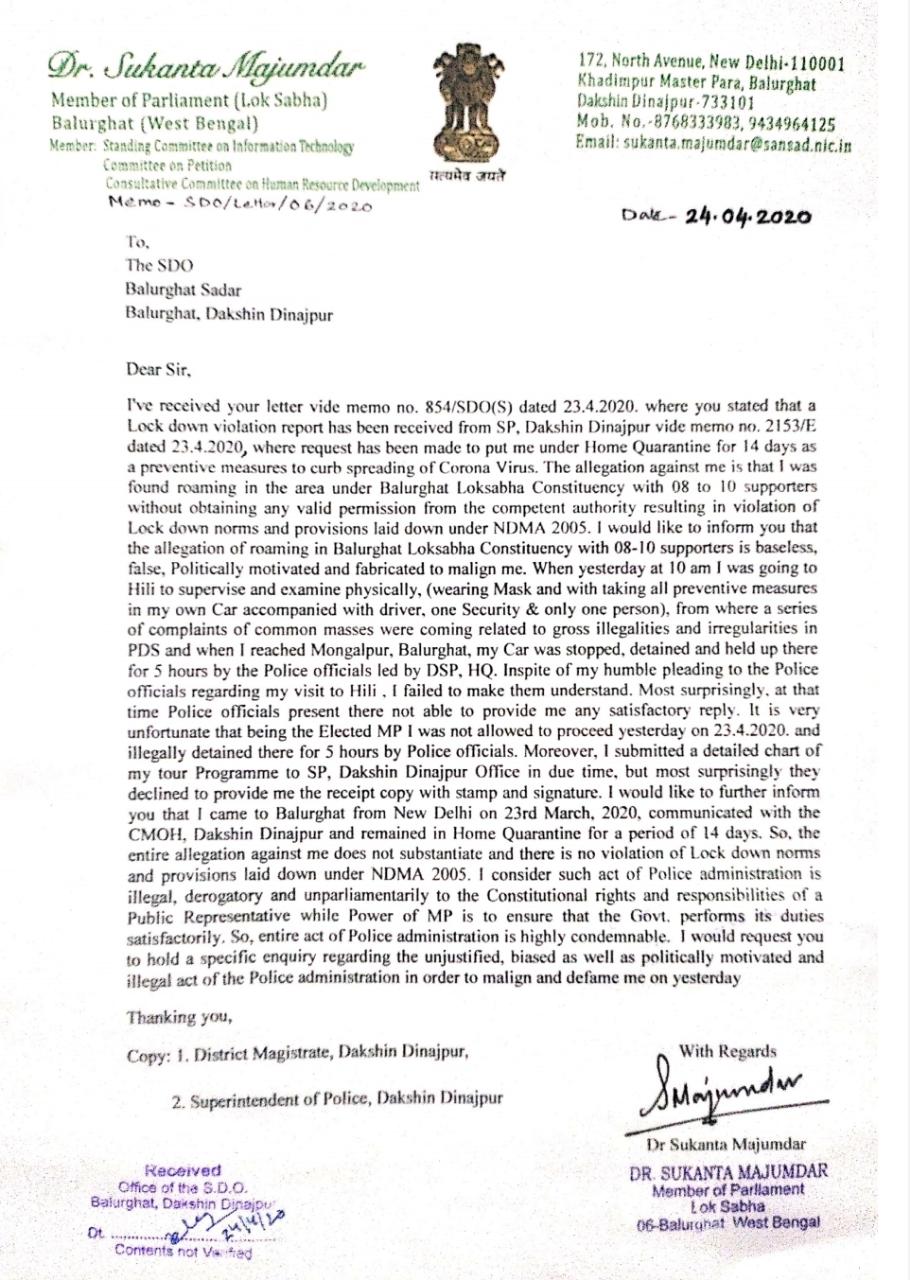 BJP MP's have been alleging of police harassment in most of the north Bengal constituencies, alleging they are not being allowed to even serve the people in their area during this crisis. On Sunday, all BJP leaders had protested in the state and even in Delhi against the alleged high-handedness of the TMC government in Bengal.

A total of 633 cases have been reported in the state, of which 504 are active cases while 109 have been discharged after being cured. According to the Union health ministry, the number of COVID-19 patients in the state stands at 649. The state government has constituted an audit committee of doctors which ascertains whether a patient of COVID-19 has died because of the disease or a pre-existing ailment.