Madras High Court warned the Chennai Corporation for "failure to take adequate measures to prevent inundation in the city during rains." 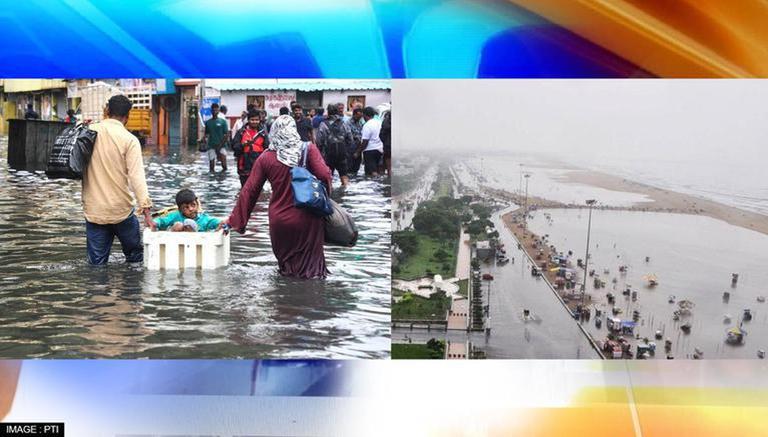 
After relentless rains killed at least five people and destroyed many residences in Chennai in recent days, the Madras High Court issued a warning to the Greater Chennai Corporation for failing to take required actions to prevent flooding in the city. The civic body's conduct in the six years since the devastating floods of 2015 was also investigated by the High Court. According to the high court, the civic council is also threatened with suo motu proceedings until the current problem is handled. Since Saturday, significant rainfall has been falling in Chennai and its suburbs in the Chengelpet, Kancheepuram, and Tiruvallur districts.

Five people have died due to rain-related events in Tamil Nadu, while around 260 huts and 70 houses have been damaged. Rainwater washed out of reservoirs, turning some roadways into swollen rivers, and four persons were killed in rain-related incidents across Tamil Nadu. State officials have issued a warning to residents of low-lying areas. The Poondi, Cholavaram, Puzhal, Chembarmbakkam, and Thervai Kandigai reservoirs nearby, as well as Veeranam lake, around 230 kilometres away, released surplus water totalling just over 10,000 cusecs as showers continued in catchment areas.

The Mettur reservoir in the Salem area is projected to reach its full 120-foot capacity soon, with further water being discharged on Tuesday. Low-lying residents have been notified, and local governments have been asked to move them to safer regions. The majority of Chennai's roadways and byways were flooded, with water up to two feet deep in low-lying regions. For safety considerations, the power has been turned off in some neighbourhoods. The flooded city police station in Adambakkam had to be relocated to a temporary construction.

The Court warns of initiating suo motu proceeding if waterlogging situation not brought under control pic.twitter.com/kScr1mabaD

In this region, at least 75 trees were removed and cleaned by city personnel. In the last 24 hours, four people have died in rain-related accidents in the districts of Chennai, Theni, and Madurai, while 16 animals have died, according to the announcement. Water has been evacuated from 14 of the 16 city subways that were flooded, and the remaining two will be clear of rainfall soon, according to authorities. There were 237 huts that were partially damaged and 26 that were entirely destroyed, as well as 65 and 5 houses that were partially and wholly destroyed, respectively. According to the government, rain fell in 37 districts over the past 24 hours, with the state average being 14.2 millimetres (1.42 cm).

Tamil Nadu has received roughly 43% more rainfall than typical since the beginning of the northeast monsoon last month. The state recorded 346.1 MM, which is more than the usual 241.2 MM (24.12 CM) (34.61 CM). As of yet, 1,107 persons have been accommodated in 48 relief shelters in Chennai, with a total of 3,58,500 food packets distributed. In the northern districts of Kancheepuram, Tiruvannamalai, Chengelpet, and Tiruvallur, 314 people have been lodged in 10 shelters, with food and other basic necessities provided. On Tuesday, the Indian Meteorological Department issued an 'alert' and preparation warning for the districts of Nilgiris, Coimbatore, Dindigul, Theni, Tenkasi, and Tirunelveli.

The IMD said in a statement that cyclonic circulation remains across the southeast Bay of Bengal and neighbouring South Andaman Sea, reaching up to 5.8 kilometres above mean sea level. During the following 24 hours, a low-pressure region is quite likely to emerge over the southeast Bay of Bengal and its environs due to its impact. By November 11, early morning, it is expected to move west northwestwards, consolidate into a depression, and reach near the north Tamil Nadu coast, bringing widespread rainfall to numerous parts of the state, according to the bulletin. Fishermen have been urged not to go out to sea between November 9 and 12.

With inputs from ANI and PTI