Delhi High Court on Tuesday refused to grant any interim relief to Abhishek Banerjee and his wife against ED summons over the coal scam probe. 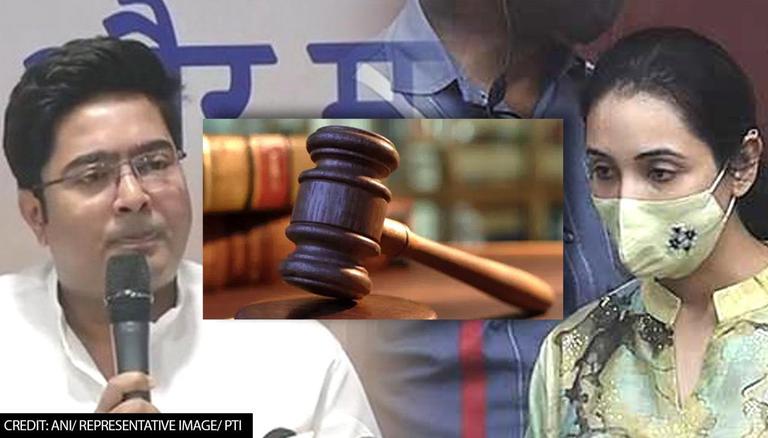 
The Delhi High Court on Tuesday refused to grant any interim protection to Trinamool Congress MP Abhishek Banerjee and his wife against the summons issued from the Enforcement Directorate (ED) in the money laundering case relating to coal scam in West Bengal. Abhishek Banerjee had approached the Delhi High Court in the last week to challenge the summons issued by the ED. Banerjee had sought Delhi High Court to direct ED to not summon them to Delhi and instead carry out the interrogation in Kolkata. The ED had issued summons under the Prevention of Money Laundering Act (PMLA) that requires in-person attendance before the investigation agency.

The plea by Abhishek Banerjee stated that neither he nor his wife have been mentioned in the CBI FIR or the complaint registered by the ED in New Delhi under sec. 45 of PMLA. Sr Advocate Kapil Sibal representing Abhishek Banerjee appealed to quash the ED summons which was countered by Solicitor General Tushar Mehta and Additional Solicitor General SV Raju. "Cannot assume investigative powers in respect of allegations of money laundering arising in the scheduled offence as the same could only have been investigated into by the concerned zonal office at Kolkata," the plea had mentioned.

Responding to this, SV Raju said, "The only difference between probe in PMLA & IPC is that in IPC there are police stations which have jurisdiction, however, in PMLA there is no such territorial jurisdiction" thus implying that the investigation cannot be restricted to any specific police station. Moreover, SV Raju also remarked that Abhishek Banerjee attends Parliament regularly in Delhi while further highlighting that Banerjee's wife was in a beauty parlour in Delhi on the day she said she cannot appear before the ED in Delhi. "If she can come to a beauty parlour in Delhi, she could have come to our office too," SV Raju told the Court.

Justice Yogesh Khanna has scheduled the next hearing in the case on September 27.

What is the coal scam?

The scam came under the spotlight on November 27, 2020, when CBI Kolkata registered a case against several leaders, unknown officials of ECL, CISF, Railways, other departments and others under various sections of IPC and Prevention of Corruption Act.

The ED later took up the investigation, and it was revealed that "large proceeds of crime" were generated and laundered due to illegal coal mining near railway areas. In February this year, the CBI was restricted from investigating the illegal mining and transportation of coal, after which the Calcutta High Court allowed the CBI to continue the probe. In February, the CBI also questioned the Rujira Banerjee, thus creating a massive uproar among the Trinamool Congress supporters as it came ahead of the West Bengal Assembly elections.