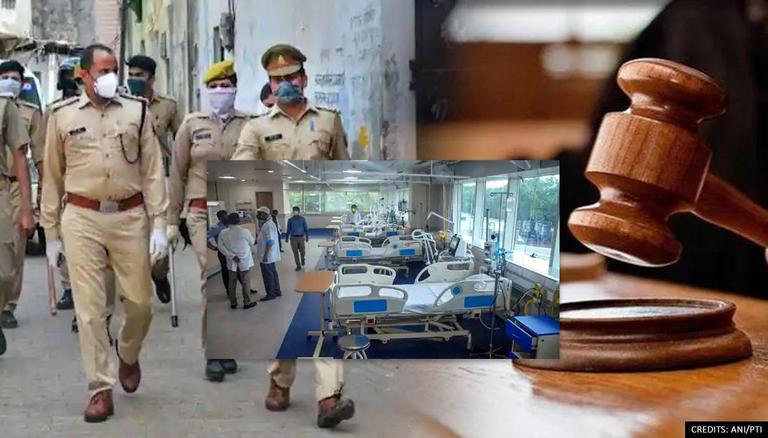 
The municipal court pulled up the Delhi Police for filing a status report in a 'casual manner' to a petition seeking an FIR against Jaipur Golden Hospital management for alleged deaths of COVID-19 patients owing to oxygen deprivation. The petitioners said that "the hospital administration should be booked under appropriate provisions of law."

The status report was filed in a casual way, according to Metropolitan Magistrate Vivek Beniwal, who noted that the Investigating Officer has not specified what actions were taken when the police were asked to write the status report. The court described the case as a very sensitive topic and gave the Deputy Commissioner of Police (DCP) one last chance to make a status report on the case.

The court was hearing a petition submitted by some of the deceased's family members seeking legal action against the Jaipur hospital's management. The petitioners' lawyers, Sahil Ahuja and Siddhant Sethi have argued that the police have not arrested or opened an investigation against the hospital management with malice in mind.  The petitioner claimed that the hospital management has allegedly murdered the complainant's family members, committed fraud, plotted, and threatened the complainant.

The petitioners stated, "Keeping everyone in dark and thereby not providing the proper oxygen support which led to the death is an act of culpable homicide on their part all whilst the accused hospital minted money and raised invoices, they should be booked under appropriate provisions of law."

As a result, the families have asked the court to take notice of the offences of murder, death by negligence, cheating, criminal intimidation, criminal conspiracy, and evidence disappearance, and to issue summonses against the accused persons so that they can be tried under various laws.  Various members of the petitioners died from COVID-19 infections on the intervening night of April 23/24, allegedly due to the hospital management of Jaipur Golden Hospital's claimed refusal to administer oxygen. Their is no official response from the hospital authorities yet.