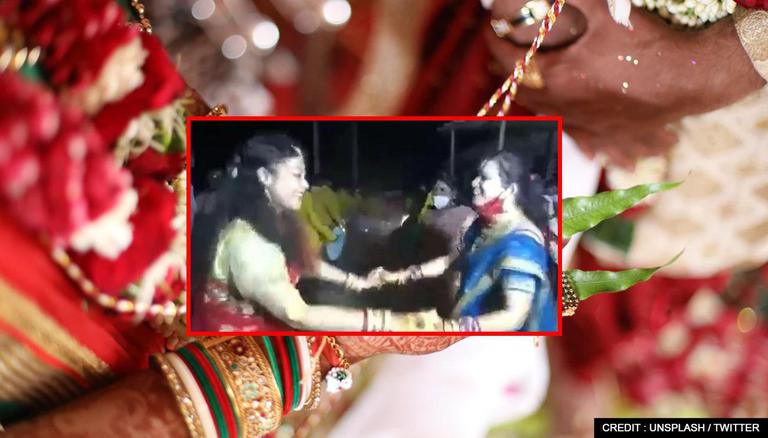 
As India is battling hard against the second wave of the COVID-19 pandemic, a majority of the states have imposed lockdowns in order to curb the daily active cases. As a result, functions like marriages and last rites have been allowed only under certain guidelines. Recently, an Odisha Administrative Service (OAS) officer was seen on a video dancing at the marriage function of her brother without a face-mask or social distancing.

After the video went viral, Jajpur District Collector Chakravarti Singh Rathore was quoted by PTI as saying, "The tehsildar is on leave right now. Once she joins, an explanation will be called. Based on the explanation, a further course of action will be decided". The District Collector said this is not the time for anyone to violate Covid lockdown guidelines. "Be it an officer or the public. All should have some rationality in their approach," he added.

The officer was working as tehsildar of Sukinda. She was seen in the video dancing without a face mask or social distancing at a time when the state government has completely banned marriage processions and made a ceiling of 25 participants to attend such an event. Notably, the officer was also assigned the responsibility to impose the COVID-19 guidelines and ensuring that the general public abides by the rules, PTI added.

A number of instances relating to weddings have been reported as entailing violation of guidelines. In a recent infamous case, one particular couple from Madurai acted on a solution that is fantastic to the extent that it has left authorities dumbfounded, and also potentially landed those concerned in trouble. The duo recently tied the knot on a flight to avoid the numerous restrictions due to the lockdown.

As per reports, the couple booked a chartered flight from Madurai for a 'joy ride' and had their nuptials on-board in a unique mid-air celebration. The couple, Rakesh and Dakshina, tied the knot when the plane was above the Madurai Meenakshi Amman Temple. There were 161 guests who ‘attended the wedding’, three times more than the officially allowed 50 guests by the Tamil Nadu government.

READ | SpiceJet breaks silence on couple who held marriage on its flight; claims being blindsided
First Published: 24th May, 2021 23:21 IST
SUBSCRIBE TO US